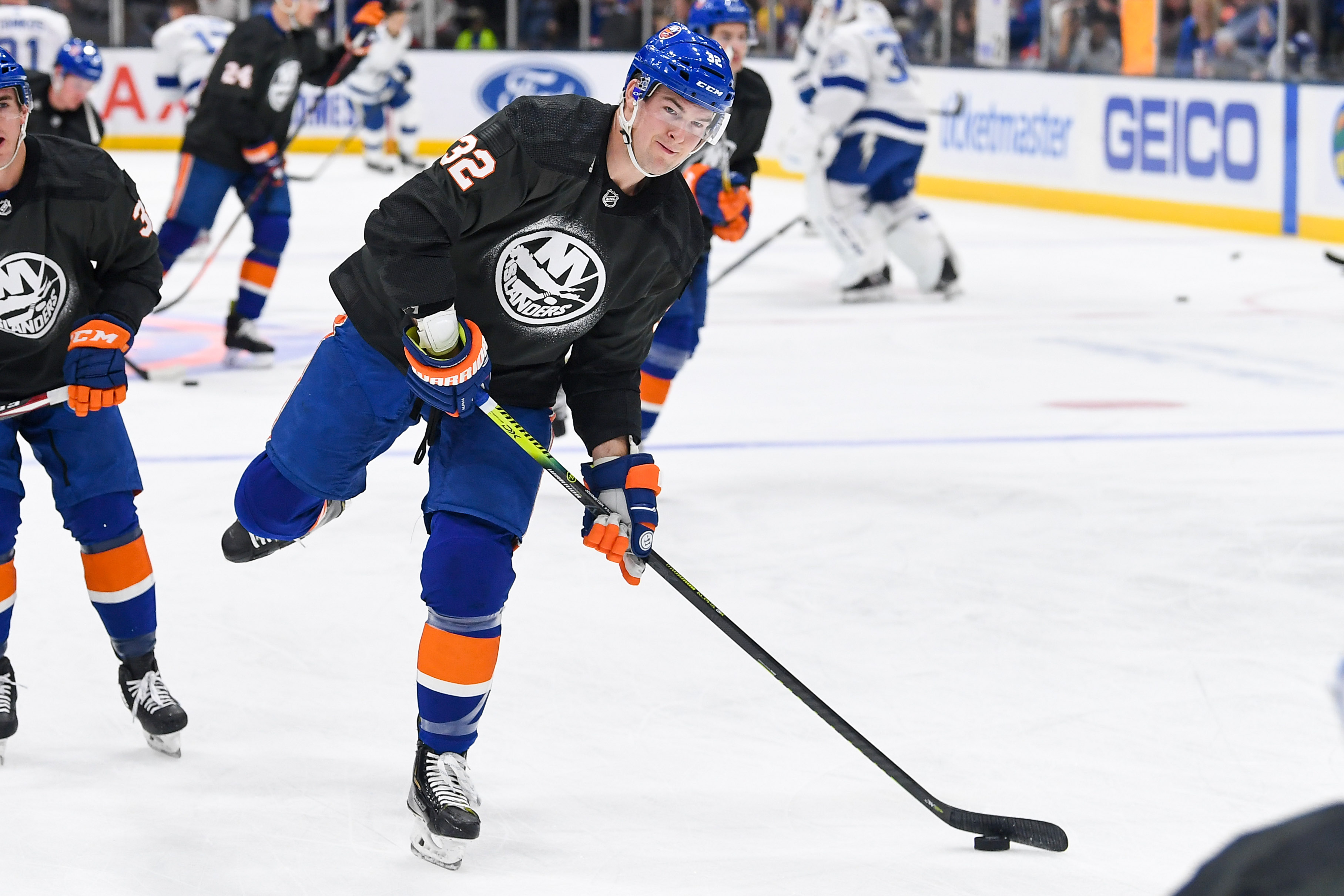 I’ll give you a moment to do a double or triple or quadruple take at this headline because I can’t really believe I’m writing this either.

On Thursday night against the Vegas Golden Knights — which was the 27th game of a brilliant start to the New York Islanders’ season — Barry Trotz touted out a first line of Mathew Barzal, Josh Bailey… and Ross Johnston.

The bottom-six winger, the healthy scratch, the (today’s definition of an) enforcer, flanking Barzal on the top line of a team whose offense had gone stale.

We had a feeling that Trotz was going to put his lines in a blender. But this?

Desperate times call for desperate measures, I suppose. Especially after a six-game stretch that saw the Islanders score just 10 goals.

If you take out their 4-1 win over the lowly Detroit Red Wings earlier this week, that number drops to six goals in five games. Not good for a team that answered a 15-0-2 stretch with three losses in their ensuing five games.

“We were doing things that weren’t efficient for us and weren’t winning hockey,” Trotz said of his decision to put Johnston up top. “So we tried to spread the wealth a little bit through the lines.”

Or as he so eloquently put it, there were “a few lines trying to paint a Picasso when we needed to just paint the barn.”

“We played Islander hockey tonight; four lines, we just kept coming at them, we stayed on the puck, we won our battles.” – Barry Trotz pic.twitter.com/8AC5clzgik

And once again, Trotz proved why it’s futile to question his decision-making.

The Islanders put together their best all-around performance in weeks during a 3-2 overtime victory over the Golden Knights to pick up a vital two points before embarking on a three-game road trip to Dallas, Tampa, and Sunrise, FL.

“We have lots of travel, lots of games this month and you’re going to have to go four deep or you’re not going to have success,” Trotz said.

Putting Johnston on the first line while flexing Anders Lee to the second and Brock Nelson and Anthony Beauvillier to the third saw the Islanders dominate from midway through the first period — where they held the Knights for 11:55 without a shot — and on.

Johnston provided the muscle against a physical Vegas side to create space for Barzal’s playmaking.

“Ross can skate and can do a lot of things that matter to us — get to the net, separate people from pucks, stuff like that,” Trotz said. “I thought Barzy got some extra pucks because Ross got in there and he can skate pretty well.”

His presence put everything else into motion.

Lee was able to offer a similar vibe with a bit more skill for Derick Brassard and Jordan Eberle.

Beauvillier and Nelson hooked up for the Islanders’ second goal of the night as the former placed a perfect pass on the tape of the latter’s stick from behind the net for a tactical one-timer.

As for the fourth line, they did what the fourth line does best: Wreak havoc, create chances, and every once in awhile — convert. That’s what Cal Clutterbuck did on an odd-man rush in the second period to break the deadlock.

“One of our better games of the year, for sure,” Trotz said. “Four lines just kept coming at them. We won the puck, we won our battles. We didn’t deviate from some of the predictability stuff that we liked.”

That’s what Trotz likes to call “Islanders hockey,” which you might see more of moving forward — especially on the road in hostile environments.

“Absolutely [I’ll consider keeping this lineup],” Trotz revealed. “I thought everybody was invested. I can’t think of one line that disappointed.”