Your Morning Dump... Where this year's team is made of sterner stuff 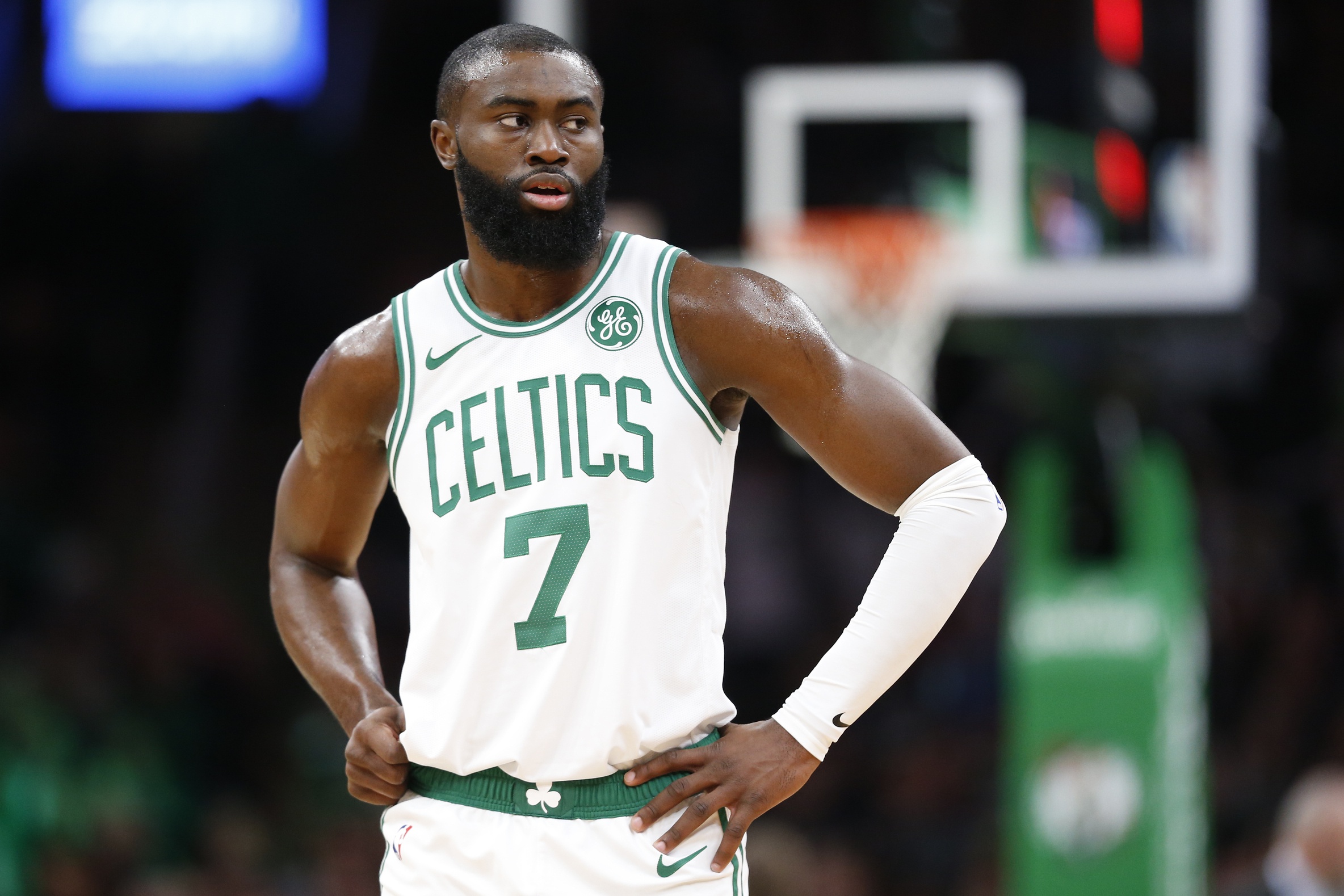 Your Morning Dump... Where this year's team is made of sterner stuff

The Boston Celtics’ disastrous 2018-19 season came to an end on a Wednesday in May. The dejected squad dressed quietly in a Milwaukee locker room, then flew back to Boston the next morning. A few players talked to the media, but they didn’t have any answers. Nobody really did.

The next morning, Celtics assistant coach Tony Dobbins got a text: Could he get to the practice facility? Jaylen Brown wanted to get in the gym.

Dobbins was a little incredulous at first. Immediately after the season, players are encouraged to let their bodies heal from the day-to-day grind of an 82-game-plus-playoffs season.

“We just finished the other day,” Dobbins told Brown. “You sure you don’t want to take a step away, take some time?”

Boston, playing without two starters, fell behind early by double digits. Last year’s team probably would have packed it in; this year’s team ripped off a late first-half run and controlled the rest of the game against a team that had been ahead of them in the standings.

That resiliency is a particularly endearing trait of this year’s team. This year’s Celtics squad competes every night. Take away a jagged opening-night loss in Philadelphia and Boston has stuck close in every other game this season, their other four losses coming by a combined 13 points.

Last year’s team, as Forsberg goes on to note, was not a uniformly bad one: The Celtics were on a 60 win pace from the beginning of December until around the All-Star break.

And not all of those wins came easy.

However, it was a thing for the Celtics to have hangovers from their bad losses. Bad losses didn’t happen in isolation, they tended to clump—even when the C’s were playing their best ball in midwinter.

Success is rarely a linear process. Henry Ford’s first car company failed, he got booted out of his second company (which went on to become Cadillac), and his third company wasn’t much to talk about until he streamlined Ransom E. Olds’ (the REO in REO Speedwagon) assembly line process with the Model T. Of course he later went senile and became a soybean obsessed anti-Semite. But the point remains: Guys like Bill Russell and dynasties like the 60s Celtics don’t come around very often. And hagiographic chroniclers who come along after the fact tend to gloss over the difficult starts to success stories.

The Celtics and the Lakers both had their share of growing pains in the early 80s, including player mutinies against coaches that resulted in Paul Westhead and Bill Fitch—who had each won titles with their respective teams—being ousted.

Page 2: Where Gordon Hayward might be back at full practices

This Saturday will mark four weeks since Gordon Hayward broke his left hand in the first half of a game against the San Antonio Spurs.

It might also mark the first full practice for Hayward since the frustrating fracture was surgically repaired.

“Gordon is progressing on the court. He’ll probably practice with us this weekend, Saturday,” Ainge said on his weekly appearance on 98.5′s Toucher & Rich. “I don’t want to get ahead of myself and get too excited about it but I think he’s progressing really well.”

Hayward has, indeed, been progressing on the court. He’s been on the floor at the team’s practice facility and before games, and he’s moved to what he calls ‘hybrid’ contact drills.

It’s no surprise that the C’s offense has struggled a bit since Hayward went down with a broken hand shortly after the season started. And although the team has apparently righted the ship after dropping three of five on a long western road trip (and, to be fair, as Forsberg pointed out above, their last four losses have been by a combined 13 points), they definitely will be better when Hayward returns, something that is increasingly looking like it will be sooner rather than later.

Hayward’s fracture, of the bone that is under your wedding ring if you’re married, is the sort that in the good old chaw-and-spit days probably would’ve been taped up and might not have even kept a player out of the second half of a game. Of course said player would’ve likely gone on to have a weirdly shaped left hand and a lifetime of subsequent discomfort, but sure, the game was better back then.

Finally: The NBA needs a midseason tournament like I need another hole in my head

As part of his regular appearance on the Toucher and Rich show, Danny Ainge was asked his opinion on the much discussed notion of a midseason tournament.

When asked how he envisioned the tournament working, Danny said he had no idea how it would be run. Asked what he’s heard the prize would be for the tournament winner, Ainge said, “I don’t think it’ll be amazingly great.”

To be fair, Ainge did say that he thought a tournament would be a ‘clever idea’. But overall, his enthusiasm for such a thing is not exactly setting the world on fire.

It’s highly unlikely that this putative midseason tournament would carry a potentially season- or future-altering prize like a high draft pick or additional wins.

Any tournament where the games have significance creates a scenario where you are effectively punishing good teams by making them play a tougher schedule. In the NFL, where it’s impossible for one team to play all others in the league, the ‘first place schedule’ has been around for decades and is a fair way of ensuring that good teams have to prove themselves year after year.

However, the NBA (like the NHL) is predicated on the notion that every team in a given conference has roughly the same schedule.

Create a scenario where the best teams in the conference have more games against each other outside of the playoffs, and you’re risking injury, muddying the standings, and for what? A lowest-common-denominator penny-ante prize that all 30 owners agree on?

And that’s a best-case scenario for the league—one where the good teams actually try to win the tournament.

If the prize is a set of steak knives or a new washing machine or something similar, the results of the tournament are going to be roughly the same as you’d get from arbitrarily labeling a 15 game stretch of the regular season a ‘tournament’ and giving an award to the team that finishes that stretch with the best record. The tournament winner is going to be more or less random, and the event will have no more significance than the usual fare of packing peanut games that the league crams into December and January for revenue generating purposes.

Boston Herald: Celtics raising the bar for Tacko Fall, but they won’t rush the process