Joe Burrow somehow catches his own pass for first down (Video) 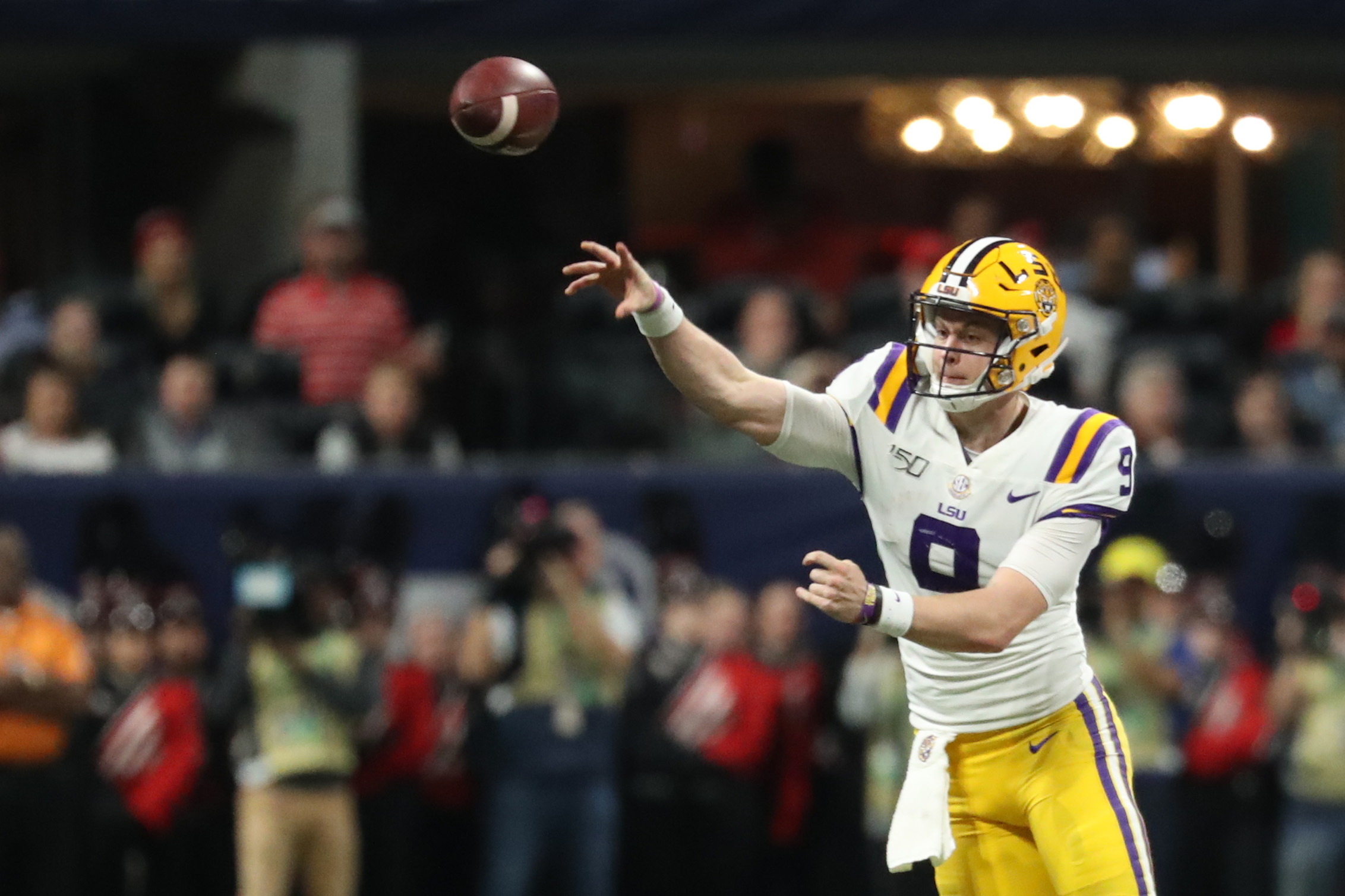 Joe Burrow somehow catches his own pass for first down (Video)

LSU quarterback Joe Burrow continues to dazzle in every game he suits up under center in — making throws and highlight-reel plays that no one else in college football can pull off.

Burrow has been drawing comparisons to Tom Brady, which is obviously high praise, but not only that, he’s also mobile. He showed that when he avoided the rush, moved around in the pocket and uncorked a dart for a big gain in one of the best plays of the entire college football season during Saturday’s SEC Championship game.

I'm so ready for Joe Burrow in the NFL

He also did another incredible thing during the game, when his pass got batted back to him at the line of scrimmage. No problem, though, as Burrow caught it, then somehow ran for a first down.

Joe Burrow with the rare self pass. 👀

He really is unbelievable.