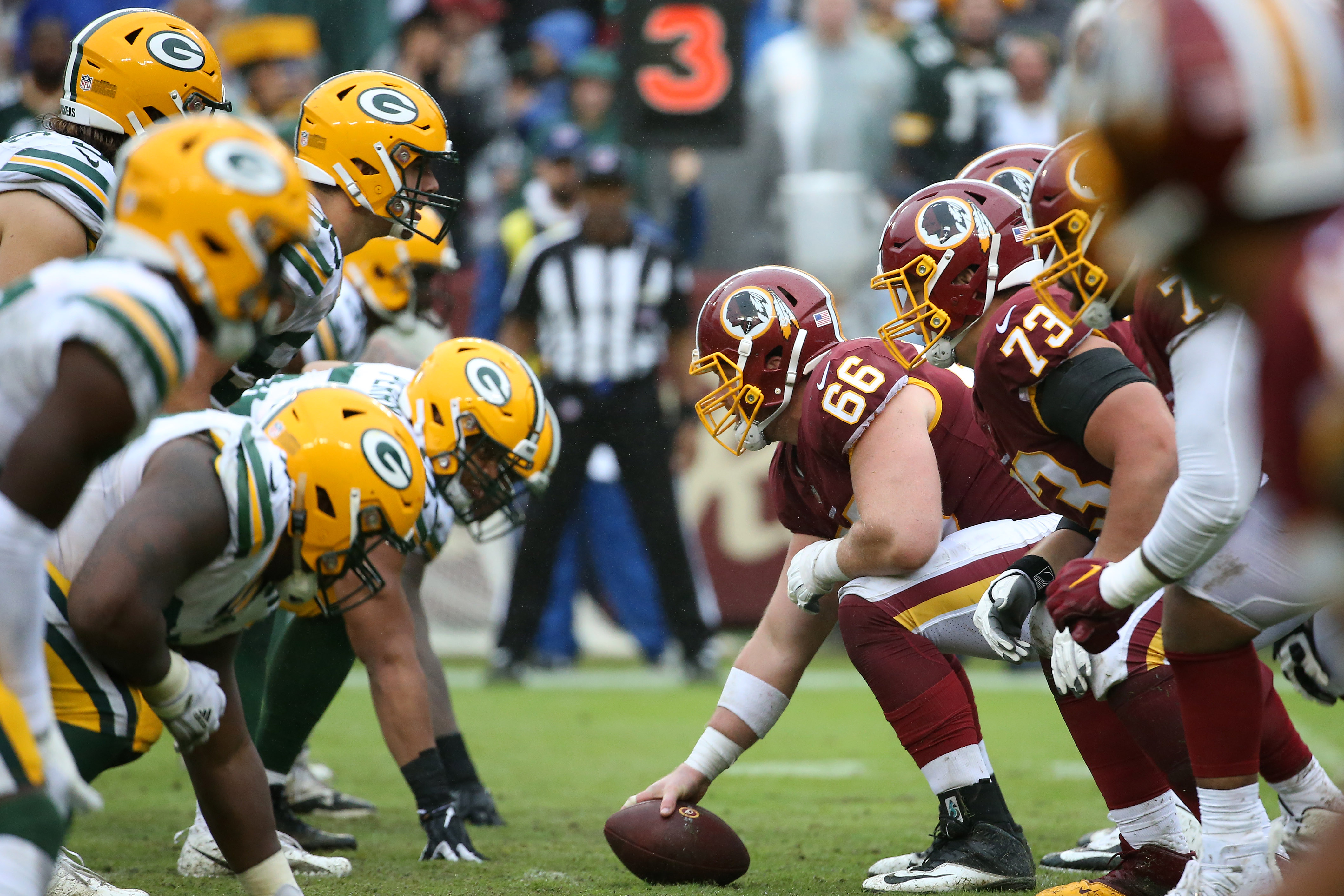 The Green Bay Packers return home to Lambeau Field to host the Washington Redskins. The Packers are 9-3 and in first place in the NFC North while the Redskins are 3-9 although they have won their last two games. That places them in third place in the weak NFC East where all four teams enter Sunday’s action with losing records.

The Packers are coming off a solid 31-13 victory over the New York Giants on the road while Washington defeated Carolina on the road by a score of 29-21.

The Packers and Redskins have met 34 times during the regular season dating back to 1932 when the Redskins were known as the Boston Braves. The Packers hold an 18-15-1 advantage in the series. The two teams have also met three times in the postseason with the Packers holding a 2-1 edge. Washington has won the last two meetings between these two teams including a 31-17 victory last season.

The Redskins running game is the key to their offense. With a rookie quarterback in Dwayne Haskins, the team relies on its backs to keep them in manageable third down situations.

The one-two punch of Adrian Peterson and Darrius Guice gives Washington a chance to keep both backs fresh and keep opponents off balance. The duo topped 200 yards last week in Carolina and were the major reason the team came away with their second straight victory.

Guice’s return from injury has helped revitalize the Washington offense. The team is 20th in the league with 99.4 yards gained per game, but that number has gone up since Guice has been active. He is averaging 5.5-yards per carry while Peterson, an old Packers nemesis from his days in Minnesota, is averaging 4.4.

Defensive coordinator Mike Pettine needs to place more emphasis on stopping the Washington running game although this has been a problem for the team all season. The Pack is 25th in the league, allowing 123 rushing yards per game. Opponents are averaging a healthy 4.7-yards per rush against the Pack this year which ranks them 28th in the league.

One key indicator will be where Blake Martinez makes most of his tackles. If he’s bringing down the Washington runners five or more yards downfield that’s a sign of trouble for the Pack. If he’s stuffing them close to the line of scrimmage, the Packers defense will be in good shape.

If the Packers can prevent Peterson and Guice from ripping off big runs and force the Redskins into third and long situations, they should win this game.

Last week, the Packers defense did a good job of confusing rookie quarterback Daniel Jones and he threw three interceptions that were the difference in the game.

This week, Pettine is facing a quarterback with even less experience than Jones. Haskins has played only six games in the NFL after starting one year at Ohio State. He has completed only 54.1 percent of his passes and has two touchdowns and six interceptions.

Expect Pettine to throw different blitz and coverage packages at Haskins to force him into mistakes. Haskins also holds onto the ball a lot as he is still learning to read defenses. He has been sacked 22 times in just six games.

Expect Preston and Za’Darius Smith to get ample opportunities to add to their sack totals on Sunday. Preston will have extra motivation as he spent the first four seasons of his career with Washington.

What a difference a week made for the Packers offensive line. Against San Francisco, they couldn’t protect Rodgers and he was ineffective for most of the game. A week later against the Giants, Rodgers wasn’t sacked all game and had enough time to find receivers open downfield.

Defensive end Matt Ioannidis leads Washington with 7.5 sacks. He will likely draw Packers left tackle David Bakhtiari in what should be a very interesting one-on-one matchup throughout the game.

Washington has 36 sacks as a team, good for 9th in the league. The Green Bay offense must give Rodgers enough time to throw for the offense to be effective.

4. Matchup of the Game: Jaire Alexander against Terry McLaurin

One of the more intriguing matchups to watch in this game will be Redskins rookie wide receiver Terry McLaurin against Packers cornerback Jaire Alexander.

McLaurin leads the team with 42 catches for 646 yards and a 15.4-yard average. His five touchdowns are nearly half the team total of 11.

McLaurin has chemistry with Haskins as the two played together at Ohio State. It will be up to Alexander to slow McLaurin down.

Again, the Packers habit of giving up long passes in the middle of the defense cannot come back to haunt them in this game. It will be interesting to see whether Pettine puts Alexander one-on-one against McLaurin for most of the game or gives him help in coverage. He may also mix in some zone looks.

Either way, this will be an interesting matchup to watch throughout the game and one the Packers should be able to win.

The Packers rushing attack should be able to move the football on the Redskins defense which is ranked 27th in the league and gives up an average of 131.6 yards per game on the ground.

Both Aaron Jones and Jamaal Williams should find success on the ground against this Redskins defense. The key will be for Matt LaFleur not to abandon the running attack throughout the ball game. Jones is due for a big game on the ground while Williams always seems to shine on a wet or slower field.

Look for the Pack to move the ball consistently on the ground this Sunday.

6. Involve the Running Backs in the Passing Game

When Davante Adams was injured, LaFleur got both Jones and Williams involved in the passing game as receivers. This created mismatches and the Packers offense ran more efficiently and consistently during that four-game stretch.

With Adams back, defenses cannot key on the Packers backs as receivers. They may not catch as many balls as they did in Adams’ absence, but they should be able to break a few short passes into longer gains against this Washington defense. Don’t forget fullback Danny Vitale who may just break a long one this Sunday as well.

The Reskins are riding a two-game winning streak and their confidence is probably higher than it has been all season, but this is a game the Packers should win.

Unless Guice and Peterson have another 200-yard game combined on the ground, it will be difficult for the Washington offense to put up consistent points in this game.

The Packers should also be able to win the turnover battle as Haskins is much more likely to cough up the ball than the experienced Aaron Rodgers.

Washington may keep it close at the half, but the Packers should pull away and win this one.