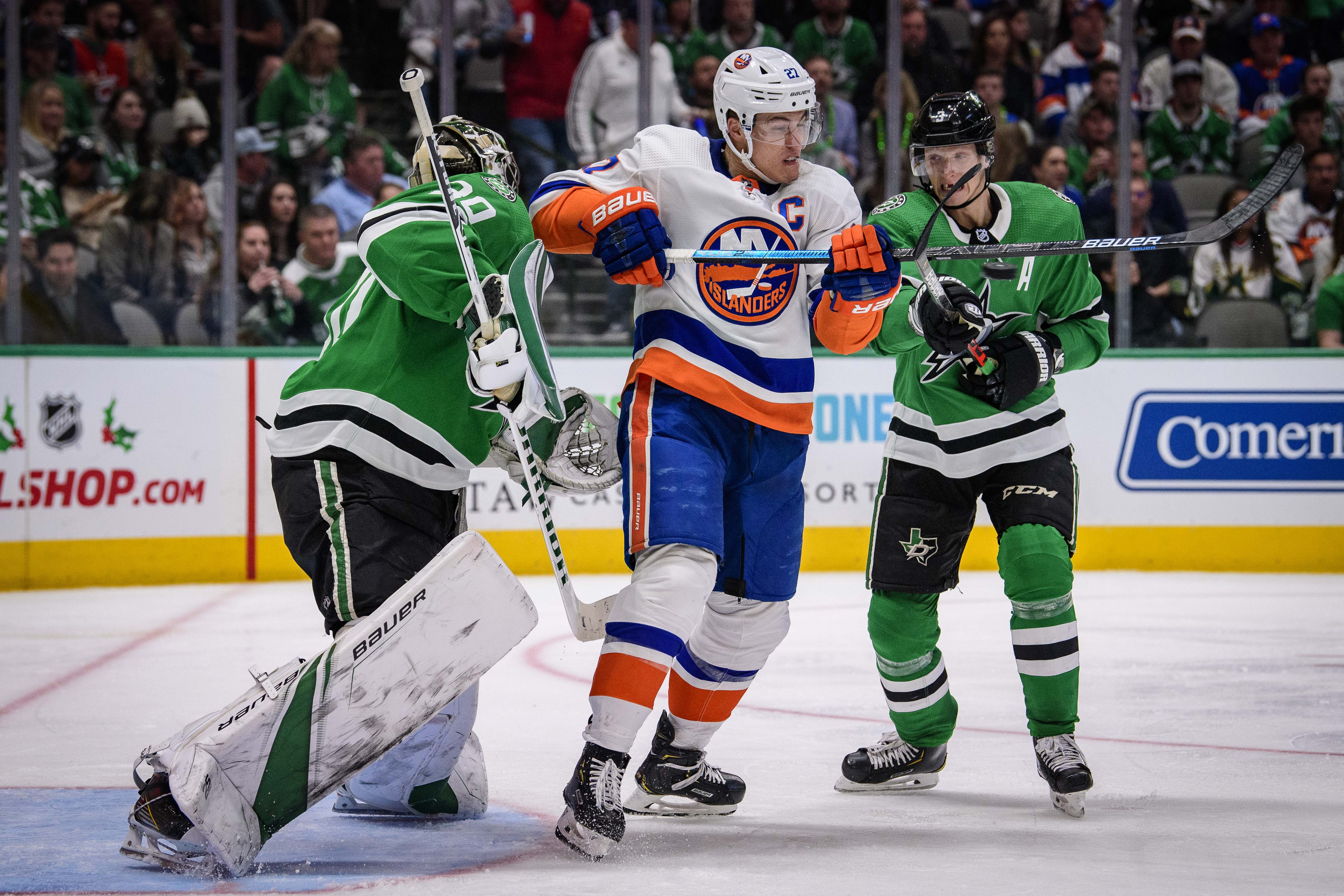 While the Islanders surged, captain Anders Lee quietly struggled to find the back of the net.

After putting up four goals in the month of  October, Lee went dry in November. He scored in the Islanders’ 5-2 win over Tampa Bay on Nov. 1 and then didn’t scored in the team’s next 11 games.

Lee finally snapped the drought on Nov. 30 against Columbus. A little over a minute after the puck was dropped, Lee was able to get a goal on a great passing play.

Anders Lee opened the scoring for @NYIslanders just 1:18 into the first period. 🚨 pic.twitter.com/DPK2DwGH12

The goal against Columbus seemed to help Lee regain confidence and get a monkey off of his back.

Lee did not come as hot out of the gate as his team did, which included a 17 game point streak that stretched from Oct. 12 to Nov. 25. The Isles’ winger was struggling to put the puck in the net, losing board battles and he had a difficult time getting to loose pucks in front of the net.

In an effort to crack the scoreboard, Lee found himself taking shots from angles with lower-scoring probabilities as desperate times called for desperate measures.

His fifth goal of the year on Nov. 30 kicked his confidence right back up to the level we’ve become accustomed to seeing.

In his post-game interview his leadership skills were displayed as he credited the win to the play of his goaltender Semyon Varlamov who shut the door in relief of a sick Thomas Greiss, making 30 saves on 30 shots, for the combined shutout. When asked about the drought he cared more about the win than anything else.

"This one goes to Varly. Coming in cold and really shutting the door on a team that had quite a few chances." – Anders Lee pic.twitter.com/auQ9dTzZ9O

Lee built off the performance in the Islanders win over Detroit on Dec. 2, with a goal and an assist.

🔥🔥 back-to-back games for our Cap 🔥🔥 pic.twitter.com/ZaMLICrLEl

When asked about what he thought the biggest takeaway from the victory was, Lee praised the play of his teammate, Jordan Eberle, who scored two in the victory, after having been held scoreless so far this season.

“Biggest takeaway tonight is seeing Ebs get off to a great start. […] He’s stayed positive, he’s worked his bag off, and he deserved a game like this tonight.”

Lee played a big role in the Islanders’ overtime win over Vegas on Thursday as well.

Jeeze, that fake had everyone fooled.

While Ryan Pulock may have been the center of attention, Lee was able to not only find the loose puck at the boards, but execute a strong pass that found Pulock creeping into the slot.

When Lee was struggling, the ability of Matt Barzal seemed to take the spotlight off of him and his struggles. It also helped that the team was on a historic run. However, with the way Lee has played over the last week, it is evident how much more opportunities he gives his teammates.