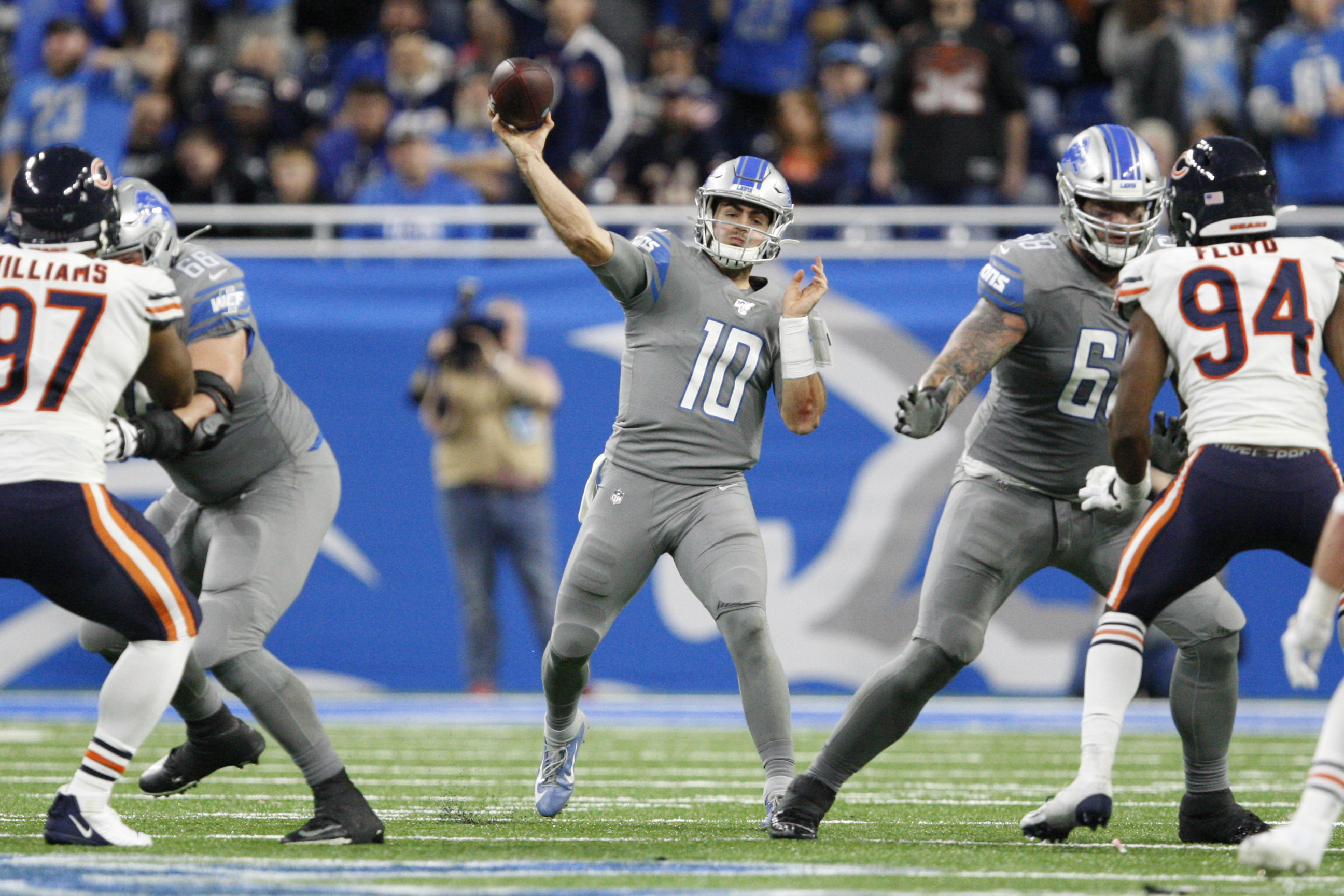 NFC North rivals are set to face off for the second time this season. The Detroit Lions travel to Minnesota to take on the Vikings in a crucial game for the home team.

The Vikings (8-4) currently hold the second Wild Card and final playoff spot in the NFC. But teams like the Chicago Bears and Los Angeles Rams are right behind them to make things interesting.

Minnesota controls their own destiny, though, and if they win out, they’ll be in the postseason.

It all starts Sunday with Detroit.

The Lions (3-8-1) have faded badly after a strong 2-0-1 start to the season. They have lost five straight even though they have had a lead in every game this year. A visit to U.S. Bank Stadium, where the Vikings are 5-0 in 2019 and 23-7 since its opening in 2016, will only make things a little tougher to end this losing streak.

Quarterback Matthew Stafford is set to miss his fifth straight game for Detroit due to a back injury. Backup QB Jeff Driskel was placed on injured reserve last week and the Lions were forced to start undrafted rookie David Blough on Thanksgiving.

In his NFL debut, he didn’t fare too poorly. Against a stout Chicago defense, he threw for 280 yards, two touchdowns and an interception and injected some life into this Detroit offense with this bomb to Kenny Golladay.

Golladay, who is having himself a career year, is 50 yards shy of 1,000 for the second straight season and if he hits the mark, will give Detroit a receiver with 1,000-plus yards for the 10th consecutive season. He is also tied for first in the NFL with nine receiving touchdowns.

His partner in crime, Marvin Jones, also has nine receiving touchdowns on the year. He is looking to duplicate his performance against the Vikings as he had four of those TDs versus Minnesota in October.

Blough could also look to get Bo Scarbrough and the running game going as the Vikings defense just gave up a season-high 218 rushing yards on 43 attempts against Seattle last week.

As for a running attack, Minnesota has one of the best in the league. Led by Dalvin Cook, the Vikings are sixth in the league in rushing yards per game with 137.1.

Cook, who got banged up last week with a shoulder/chest injury but is expected to play, is sixth in the NFL with 1,046 rushing yards and is tied for first with 12 rushing scores. In his first meeting with Detroit, he feasted on the 23rd ranked run defense and racked up 142 yards and two touchdowns.

Kirk Cousins also had himself a day against a Detroit defense who ranks 25th in points allowed and 29th in total yards allowed. In their Week 7 matchup, Cousins torched the Lions for 338 yards and four touchdowns. On the season, he ranks 10th in passing yards (3,032) and 4th in touchdowns (23).

He may be without one of his top targets as wide receiver Adam Thielen is doubtful with a hamstring injury.

The Vikings may also be down offensive tackle and former Lion Riley Reiff, who is questionable with a concussion.

Detroit is also going to be without a few key players as well. Besides Stafford being out, defensive end Da’Shawn Hand is out with an ankle injury. Defensive end Austin Bryant is doubtful with an arm injury and cornerbacks Rashaan Melvin (ribs) and Jamal Agnew (ankle) are questionable heading into this one.

Now on to the prediction.

The Vikings still have a lot to play for while the Lions are depleted due to injury and have been eliminated from playoff contention.

Minnesota has been an unstoppable force at home this year and I don’t think anything changes against Detroit. Cousins and Cook should be in for big games once again against a Detroit defense that just seems to get worse each week.

While Blough played admirably last week on Thanksgiving, I don’t believe he will have that much success against this Vikings defense. He is going to be in for a long day and the Lions losing streak will reach six as they drop to 3-9-1 while the Vikings will improve their playoff chances and get to 9-4.