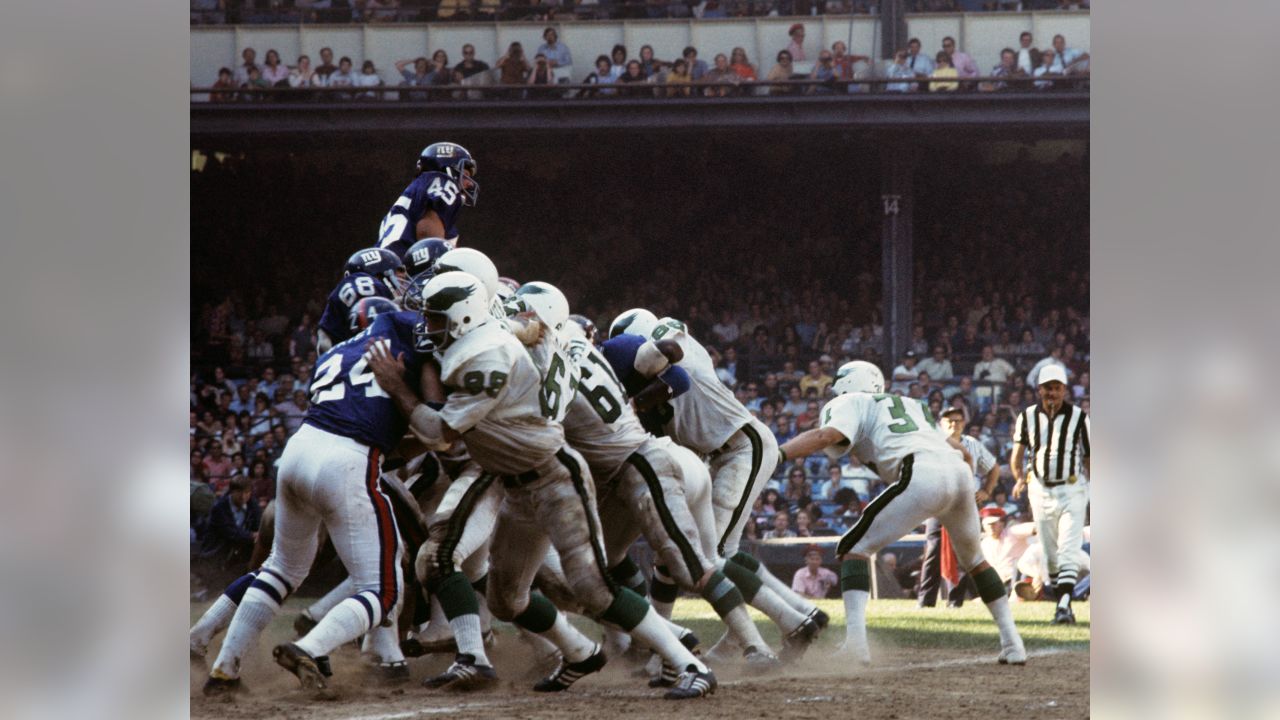 It’s still difficult to accept how seemingly impossible it’s been for the Eagles to get that 6th win this season and we’re running out of time. There’s even a scenario where all four teams in the NFC East could finish at 6-10, but the tie-breaker would go to Dallas, so I’m not even interested in that math. In fact, I’m approaching Monday night against the Giants as a must-win-game, even though theoretically it is not.

A victory this week would put Philadelphia (5-7) in a tie for the lead in the NFC East. All four of the Eagles’ remaining games are against division opponents, including a pivotal Week 16 showdown against Dallas. The Giants play the Eagles twice in a 20-day span, with an opportunity to spoil Philadelphia’s playoff hopes during this final stretch of the regular season.

It’s supposed to be a rainy Monday night in Philly, but that shouldn’t deter the Giants, who were able to accumulate 335 yards of total offense against the Packers last week in the rain, snow and ice, and will again have to prepare for less than ideal game conditions.

So I got a nervous feeling about this match-up for a lot of reasons.

Running back Jordan Howard has been limited in practice, but needs to be cleared for contact before he can return to game action. It is likely he will be ruled out for Monday’s game.

Pederson said that Agholor and Barnett will be more likely game-time decisions. Both are officially questionable. Grugier-Hill is in the concussion protocol after he reported symptoms to the team on Thursday. He is out for the Giants game.

Eli Manning will definitely start at QB, as Daniel Jones has been ruled out.

MEANWHILE, besides following this crazy and somewhat frustrating NFC East mystery tour unfold, we have in-house races here at the EYE.

First, it’s time to crown the King of the Hill winner, in the nerve-wracking contest also known as “Survivor Pool”, which in its 9th year saw a lot of games played in Miami!

GK BRIZER outlasted ’em all this season. This is Brizer’s third career KOH championship, which puts him in that rare “3-time champ” air:

Then there is the Brisuksegg Fantasy Football League Championship game this weekend, featuring the Amish Mafia (Dutch Rubb) against the ATV franchise led by Chris Ruggiero.

Should be a doozy! Here we have ATV going for a third BSE championship ring as well. For Dutch it would be his second crown.