Wizards annoyed with how Bradley Beal is officiated, want respect 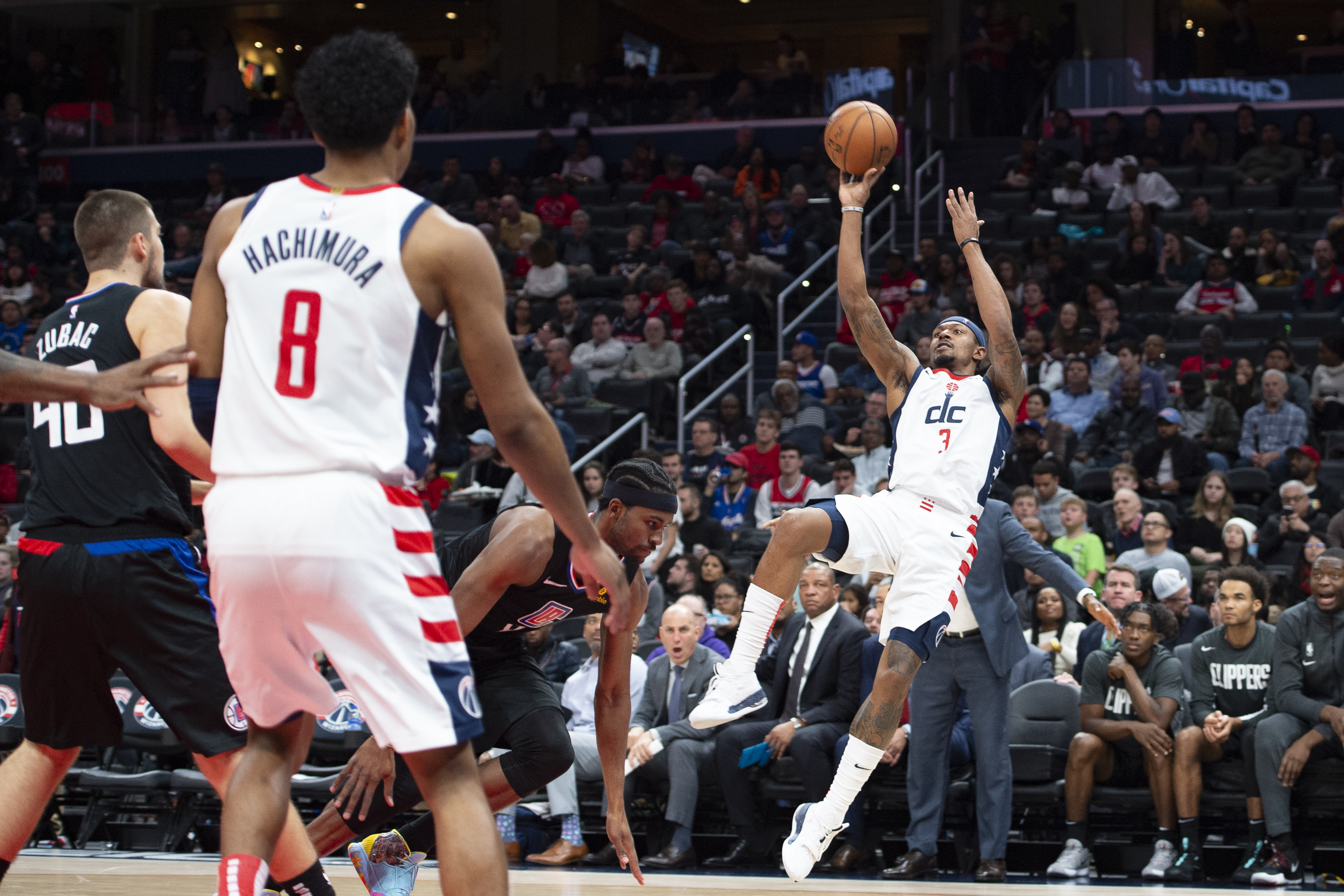 Wizards annoyed with how Bradley Beal is officiated, want respect

The Washington Wizards are not going to get a lot of respect in the NBA this season. Why would they? They are clearly on their way to a second lottery pick in as many years and they are going to have one of the worst defenses in NBA history. That does not mean they are not a prideful team that just wants a fair shake from the league and specifically the officials.

Everyone knows that superstars such as James Harden or Kobe Bryant are going to get the benefit of the doubt from officials. The NBA favors its stars and their stars are so good that they usually are fouled on a lot of plays. Whether people want to admit it or not (and I think most would), Bradley Beal is a star in this league. He has developed into an all-around great guard and leader. He’s not just a shooter anymore. He can create his own shot whether it be a jumper or attacking the hole and he is also starting to master distributing the rock to his teammates.

Beal is playing like one of the top 20 players in the NBA, but he does not get the same respect that those other elite players do. Against the Los Angeles Clippers at home, that frustration began to boil over.

“Out the roof,” Beal described his level of frustration with the referees. “It really is. It’s really unfair, unacceptable that they allow a lot of stuff to go on with me out there and not get calls, period. It’s just unacceptable.”

“I was very appreciative of it,” Beal said about his teammate sticking up for him. “To have teammates that fight for you, coaches who fight for you, a team that fights for you. I fight for myself too and I’ll fight for these guys as well. We’re all in it together and we know that everybody doesn’t respect us with the greatest of respects around the league as other teams we have concluded. We just gotta control we can control, leave them alone and just play basketball.”

That is the kind of culture Tommy Sheppard is trying to build with the Washington Wizards. Having great character veterans on the team is a start and then those traits rubbing off on the younger players is how you keep it going.

“I had to turn the whole mentality around. I was one of the young guys in San Antonio, I had to listen always. Now I’m one of the more experienced players on this team,” Bertans described why he feels the need to stand up for his teammates. I’m one of those guys that I should help the rookies and young guys to understand the system that we want to do.”

“It’s just sticking up for your team,” 20-year old Troy Brown Jr. described. “They both do a great job. Brad [Beal] doesn’t really want that rep of being that guy that complains about the refs all the time. He’s kinda just accepted it. For them to step up and do that just to prove a point, it had nothing to do with them yelling at the officials. They didn’t say anything wrong, it was just they were just trying to prove a point for their teammates. From a young guy’s perspective, I can respect that.”

The Wizards have complained about officiating throughout recent years. John Wall was too fast for referees to officiate him properly. Bradley Beal might be too crafty. How does Washington start getting more calls to go in their favor? Who knows, but the team certainly thinks they are getting short-changed.