Your Morning Dump...With Gordon Hayward's return on the horizon, Brad Stevens has some decisions to make 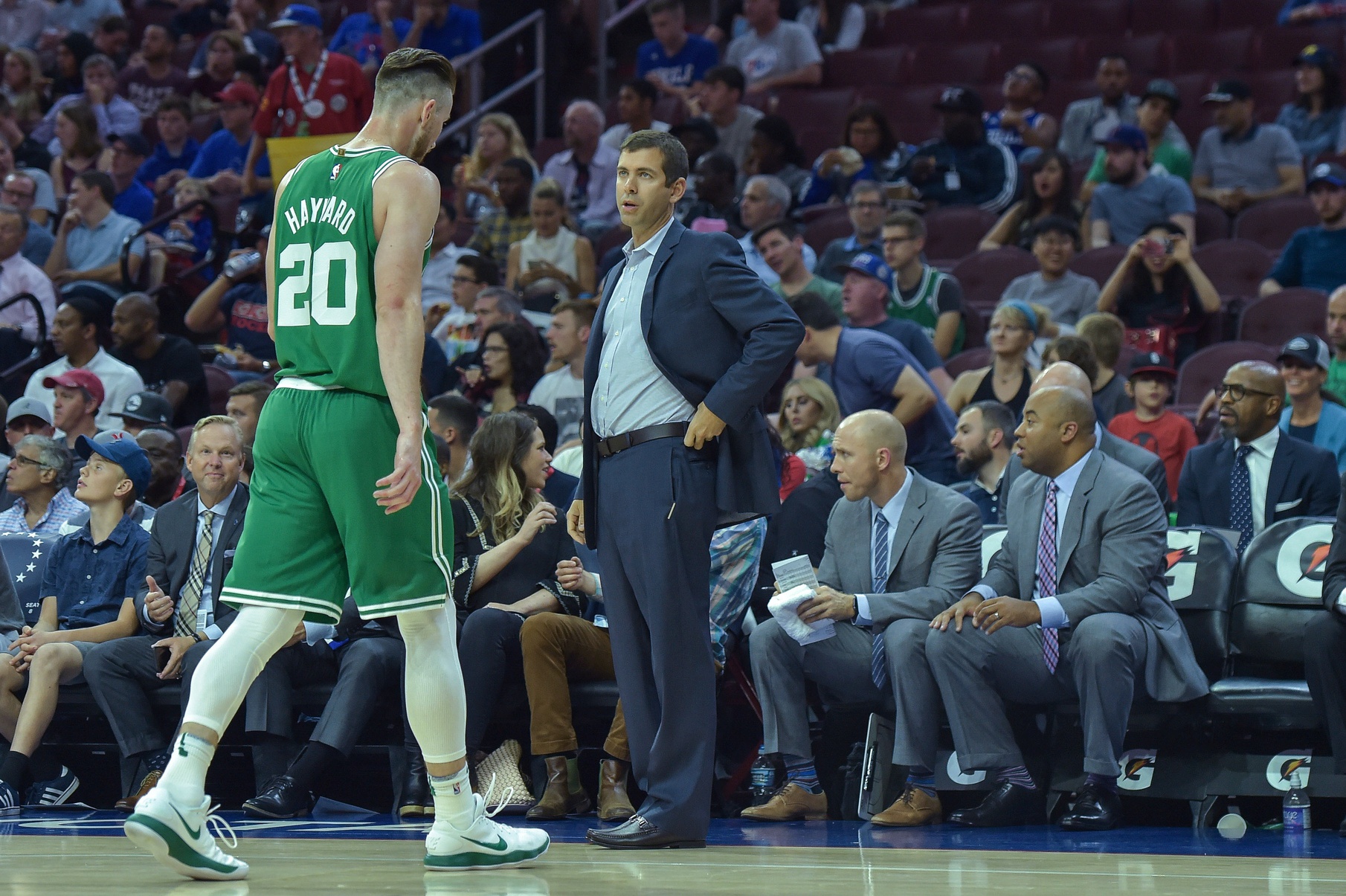 Your Morning Dump...With Gordon Hayward's return on the horizon, Brad Stevens has some decisions to make

The Celtics have won five of their last six games, and their missteps along the way have resulted more in toe stubs than open wounds: Their four losses without Hayward have come by a total of 13 points, the same total as their one win over Denver.

Boston coach Brad Stevens prefers not to get swept up by results, especially this early in the season. But after Friday’s victory he acknowledged that things have gone more smoothly than he expected after Hayward went down.

“I don’t know what we are now, but we’re way ahead of where I thought we would be results-wise,” Stevens said, “because the first part of the schedule, we played three more road games and those trips are really hard. But there’s a long way to go, so we’ll see how that all ends itself up. But our guys have done a good job thus far during that stretch. That’s what good teams do.”

As the Celtics continue to defy expectations and consistently rack up wins, something will change in the next week or so. Gordon Hayward will make his return and Brad Stevens/the roster are going to have to adjust to his return.

During this stretch without Hayward, Jayson Tatum and Jaylen Brown have basically taken over. In Hayward’s absence, Tatum has averaged 21.2 ppg 6.6 rpg and 3.3 apg while Brown has averaged 20.5 ppg 7.2 rpg and 1.9 apg (all stats via basketball reference.com). There’s definitely going to be an adjustment period when Hayward returns but Brad Stevens doesn’t seem too worried about it.

“I think you’re always getting used to each other again, but it hasn’t been that long,” Stevens said. “So I’m not really worried about it. At the end of the day, the best version of ourselves includes all those guys, and we all know it, and our chance against the very, very best to go as late as you want to go includes all those guys. So we got a long way to the end of the season.”

After last season there’s going to be some skepticism regarding reintegrating Hayward into the fold, but there’s one glaring difference from last year and this year: This isn’t the same Gordon Hayward that was forced into the starting 5 from the jump last year. Good-Gordon Hayward isn’t somebody you have to adjust to, he adjusts to you.

He’s so good at getting others involved and when he isn’t pressing to find his offense, he lets the game come to him. It might look a tiny bit choppy at first, but there shouldn’t be that much of a lag. The Celtics have gone 11-12 deep a bunch of different times during this stretch without Hayward but that rotation will probably shrink to around 8-9 guys nightly as there will be a bit more cohesion. Other than Tatum/Brown the Celtics aren’t incredibly deep on the wing and most of those Ojeleye/Green/G. Williams minutes will be eaten up by Hayward.

Brad Stevens has already done a ton of mixing and matching early on in the year but it seems like things will start to tighten up in the coming weeks. He’s shown time and time again how great he is at adjusting when guys go down but we have really yet to see him shine when guys return from extended periods of missed time. It’ll be a good test for him, but ultimately, it’ll be up to the rest of the roster to mesh. It seems like they’re ready to hit the ground running around the new year and Hayward’s return will be a giant part of that quest.

It’s certainly been fun while Hayward’s been on the shelf but one thing is for certain. Things will be a whole lot more fun once he’s back and continuing his redemption tour. He was playing some of the best basketball of his career in those 8 games at the beginning of the season and I’d expect him to be fired up about returning. Expect more news on Hayward’s exact return either later today or tomorrow as he officially returns to the hardwood for practice today.

Jayson Tatum is also pumped up for G’s return as he had a few words about it.

“We’ve done pretty good, held our own [without Hayward],” forward Jayson Tatum said. “But, can’t wait for him to be back.”

on the adjustments they’ll have to make when Hayward returns?