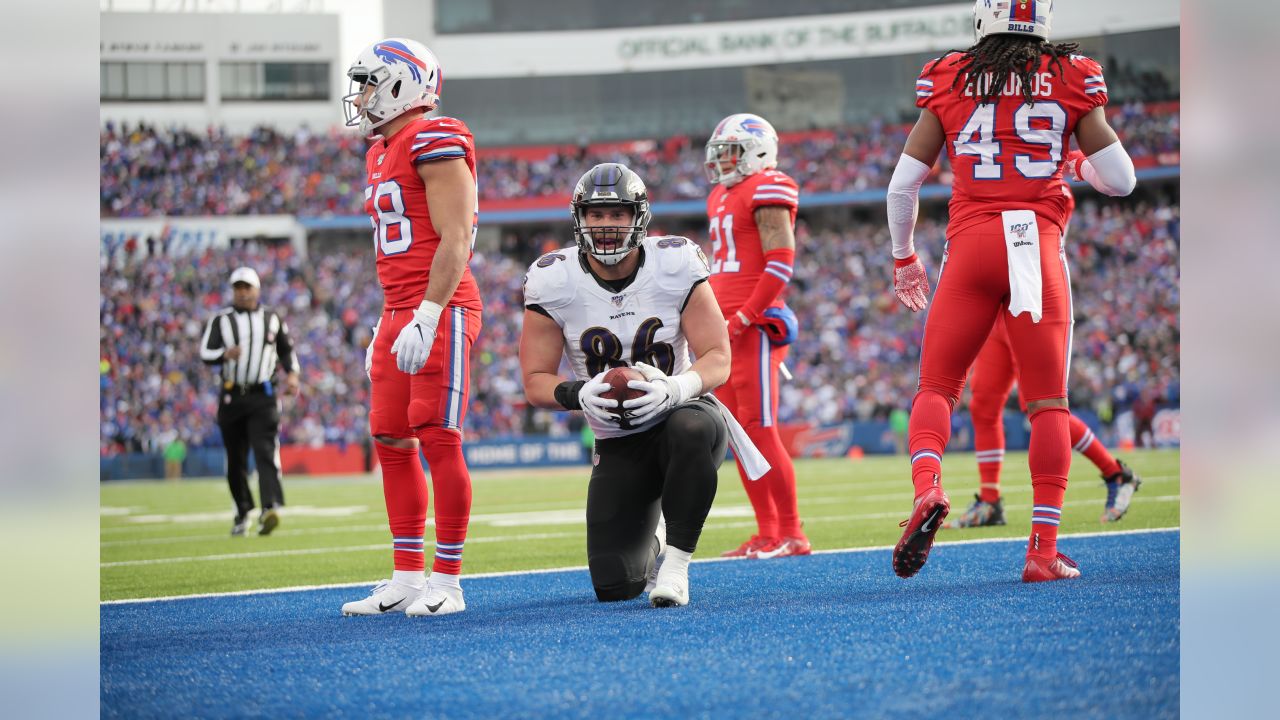 When you’re stacking W’s like pancakes at Denny’s, and you’re doing it on the road to boot, football is fun.

It wasn’t happening with the Ravens in the declining years of the Joe Flacco contract. Not meant to be a shot at Flacco there, it was just a perfect storm of injuries, depreciating drafts and a defense which couldn’t get big stops in crunch time.

The Ravens had become older, slower and predictable on both sides of the ball. They weren’t entertaining, let alone exciting to watch. The home crowds were steadily diminishing in numbers. Changes in personnel and coaching had to be made.

Lo and behold, the Ravens ownership and management changed direction. In 2018 they re-tooled their offense with a new philosophy mid-stream. They set the stage for a new look on defense  as well. In the 2019 offseason they handed off the Lamar Jackson-centric offense to new OC Greg Roman and told DC Wink Martendale to get creative.

The results have been spectacular.

The Ravens became the conference’s first team to secure a postseason berth following a 24-17 win over the Buffalo Bills on Sunday.

“I tried to make a big deal out of it in the locker room, and the guys kind of gave me a smattering of applause,” said HC John Harbaugh, who led Baltimore to its eighth playoff berth in his 12 seasons. “They’ve expected that and I think they earned the right to expect that.”

Lamar Jackson wasn’t all too impressed with the accomplishment, calling it “pretty cool,” and yet he appreciated the playoff-like test the Bills presented in a matchup of winning teams.

“Both teams coming out and trying to prove themselves and (the Bills) did that,” said Jackson. “But we ended up coming out on top.”

Baltimore extended its franchise-best winning streak to nine straight and improved to 11-2, its best record through 13 games in team history.

Buffalo (9-4) had a three-game winning streak snapped, and fell short 10 days since receiving national attention following a 26-15 win at Dallas on Thanksgiving Day. Despite the loss, the Bills are still in control of their playoff future as they continue to hold down the first of the AFC’s two wild-card spots.

“I’m frustrated by the loss,” rookie defensive tackle Ed Oliver sad. “Forget hanging with the team. If we wanted to just hang with the team, we could lose every game. But ultimately, we’re here to win and that’s the most frustrating part.”

Jackson finished 16 of 25 for 145 yards passing with three touchdowns and an interception in a game the Ravens’ bulldozing offense was mostly held in check. Baltimore was held to a season-low 257 yards, and punted seven times for an offense that entered the game with just 24 punts on the season.

With 40 yards rushing, Jackson upped his total to 1,017, which is 23 short of breaking the single-season record for quarterbacks set by Michael Vick in 2006.

What defined Jackson was his ability to overcome the Bills blanketing his favorite target, rookie Marquise Brown, who was held to three catches for minus-2 yards, and after losing starting tight end Mark Andrews to a knee injury in the second quarter.

With his running lane to the end zone blocked on third-and-goal from the 3, Jackson pulled up and lobbed a pass over a defender to tight end Nick Boyle to put Baltimore up 10-0.

Three plays into the third quarter, Jackson found tight end Hayden Hurst breaking free past safety Jordan Poyer for a 61-yard catch and run. And Jackson appeared to break the game open 5 1/2 minutes into the fourth quarter in putting Baltimore up 24-9 by sprinting to his right and then throwing across his body to hit Willie Snead for a 2-yard touchdown.

“I though Lamar played with great poise,” Harbaugh said. “He just has so much self-awareness to extend the play and find an open player.”

The Bills otherwise shut down an offense that entered the game threatening to become the NFL’s first to finish a season averaging 200 yards both rushing and passing.

Buffalo’s Josh Allen-led offense didn’t wilt after showing signs of developing an identity in attempting to win 10 games in a season for the first time since 1999.

Trailing 24-9, Allen showed resolve in mounting a seven-play, 78-yard touchdown drive capped by his 3-yard pass to Cole Beasley, who dived inside the left pylon. The same two then hooked up on a 2-point conversion.

And yet, the Bills lacked finish in settling for three field goals and a punt on four consecutive drives into Baltimore territory spanning halftime.

Buffalo also fell short with a chance to at least force overtime, and despite benefiting from two personal fouls and a pass interference penalty called against Baltimore on the Bills’ final drive.

Facing fourth-and-8 at the Baltimore 16, Allen stood in the pocket and sent a pass over the middle intended for John Brown only to have cornerback Marcus Peters break it up at the goal line.

Allen finished 17 of 39 for 146 yards with a lost fumble, and was sacked a season-high six times.

INJURIES:  Ravens: Harbaugh didn’t believe the knee injury to Andrews was serious. DB Anthony Levine did not return with an ankle injury.