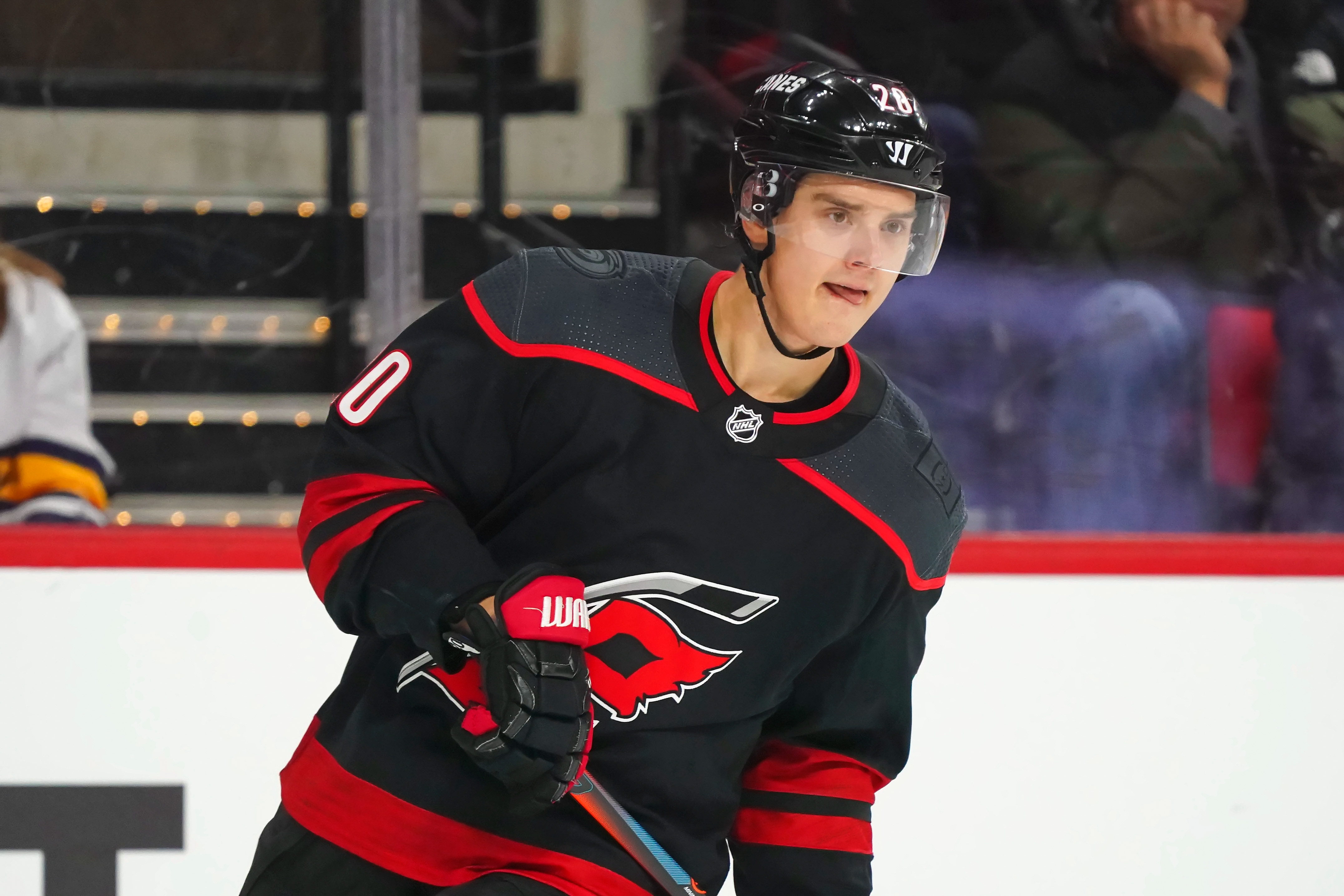 Aho’s first goal of the game was the game winning goal at 4:43 of the second period from Teuvo Teravainen and Nino Niederreiter. Aho’s goal put the Hurricanes 3-1 at the time.

Aho then put the Hurricanes up 4-2 with a second period goal at 15:15 from Tervainen and Jordan Staal. Aho’s goal came on the power play.

Then in the third period, Aho scored a shorthanded goal into an empty net with 1:21 left in the game. The goal came from Jaccob Slavin of Erie, CO, and closed out the scoring, as the Hurricanes went up 6-2.

Aho also notched assists on a first period power play goal from Andrei Svechnikov at 15:02 and a third period even strength goal by Joel Edmundson at 12:24 of the third period. Remarkably even though Carolina scored six goals, Aho was one of only two Hurricanes players with a multi-point game. The only Carolina player with more than one point was Teravainen, who had three assists. The other Carolina goal scorer was Lucas Wallmark.

Aho’s first NHL hat trick came in a 5-1 Carolina win over the Philadelphia Flyers on January 31, 2017. He then scored thrice in a single game on January 13, 2019 in a 6-3 win over the Nashville Predators.

When Aho scored into the empty net on Saturday, he also took the NHL lead in shorthanded goals in 2019-20. Aho has never been the leader in any statistical category in the National Hockey League in his first three seasons.

The Hurricanes are currently in fifth place in the Metropolitan Division with a record of 18 wins, 11 regulation losses and one loss in extra time for 37 points. They have a four point lead on the New York Rangers for the final playoff spot in the Eastern Conference.