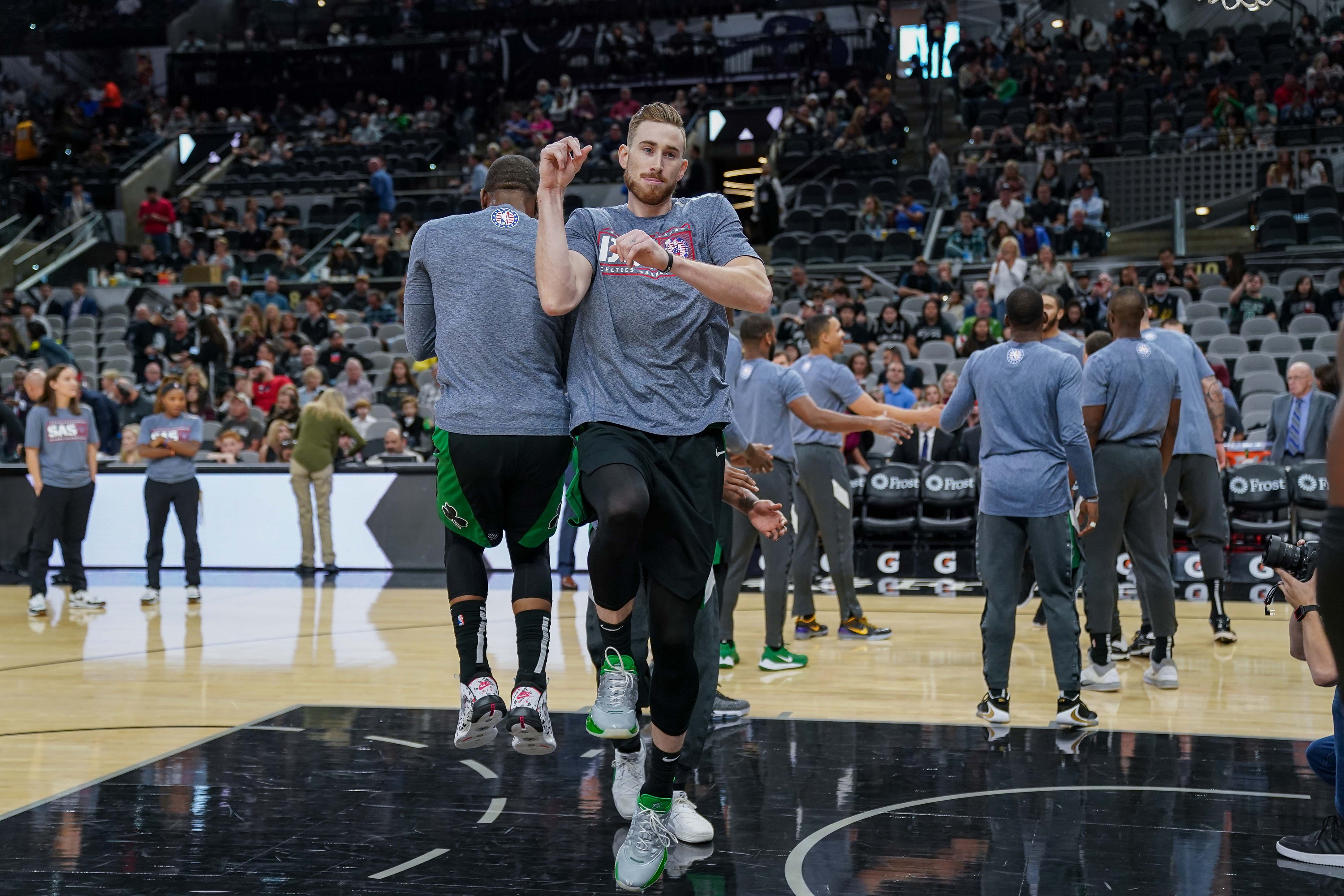 He’s taken that requisite shot to the left hand, courtesy of one of the assistant coaches in his workout group, and walked away without feeling like he needed surgery again.

“Bone has healed, probably stronger than my right hand,” Gordon Hayward said after taking the next step Sunday — a full, albeit light practice with the team. “There’s a plate in there with screws. The bone is good.”

So good, in fact, that Hayward considers Monday’s game against Cleveland a possibility for a return, a mere 30 days after breaking the hand on Nov. 9 in San Antonio.

“Went well, last couple of days have been really good, so we’ll see how it goes (Monday) morning,” he said after practice. “(Monday’s) a possibility. See how I feel when I wake up, go through shootaround, see how it goes.”

I’m a bit surprised the Celtics are giving Hayward the green light after four weeks – two weeks earlier than the previously estimated time-frame.

Why? Because the Celtics are generally cautious with injuries, always keeping the bigger picture in mind.

Brad Stevens can ease him back against an obviously inferior Cavaliers team.

I’m eager to see Hayward back on the court because he’ll make life a lot easier for Kemba, the Jays, and everyone else.

I expected to find wider discrepancies in the team’s offensive numbers since his injury, but:

The shooting numbers are steady, but the assist-to-turnover ratio has dropped significantly. The pace has also slowed. I hope Hayward gets a chance to shake off the rust and is ready for Thursday’s game vs Philly.

John and I opine on how Hayward’s return will impact the rotation in the latest Locked on Celtics podcast:

NBC – Rob Williams out vs Cleveland