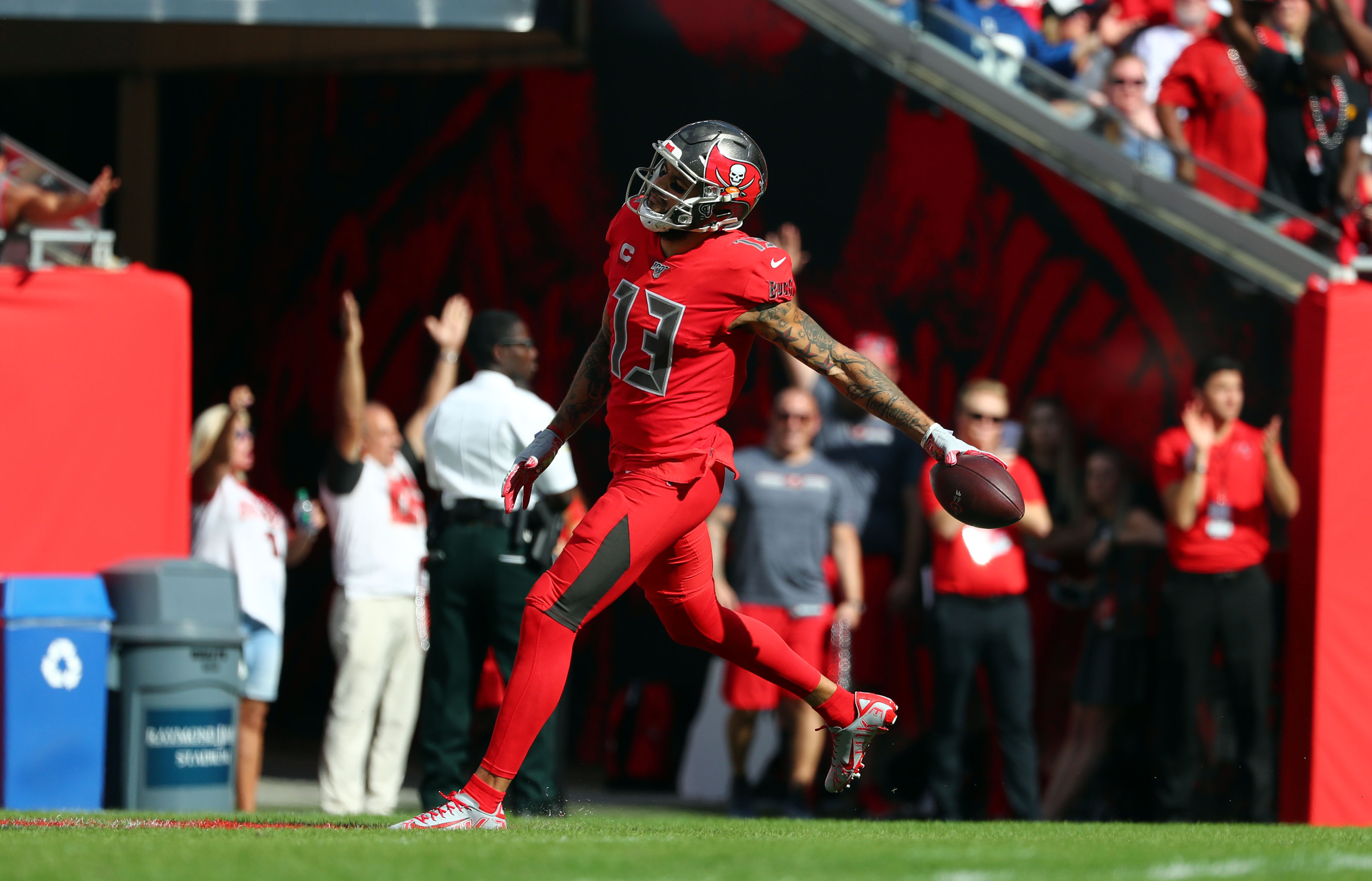 Tampa Bay’s pass-happy offense will be without its top target for Sunday’s game at Detroit and possibly the rest of the season.

ESPN’s Jeremy Fowler reported Tuesday that “barring unexpected improvement,” Mike Evans is expected to miss the rest of the season with the hamstring injury he suffered in last Sunday’s win over Indianapolis.

Bucs WR Mike Evans (hamstring) expected to miss the rest of the season, per source. Barring unexpected improvement on hamstring, Tampa Bay will be without its top receiver.

Evans suffered the injury blowing by a Colts defender for a 61-yard touchdown catch. He pulled up immediately after crossing the goal line and reached for his hamstring.

Jameis throws a perfect pass to Mike Evans for a big TD.

Evans comes up limping as it’s clear he hurt his hamstring.

The Buccaneers have already been eliminated from playoff contention, but they were beginning to hit a stride with three straight wins. Losing Evans hurts their chances of keeping that going. The Pro-Bowl receiver has had a rock-solid season so far. He currently ranks third in receiving yards (1,157) and tied for second in touchdown catches with eight.