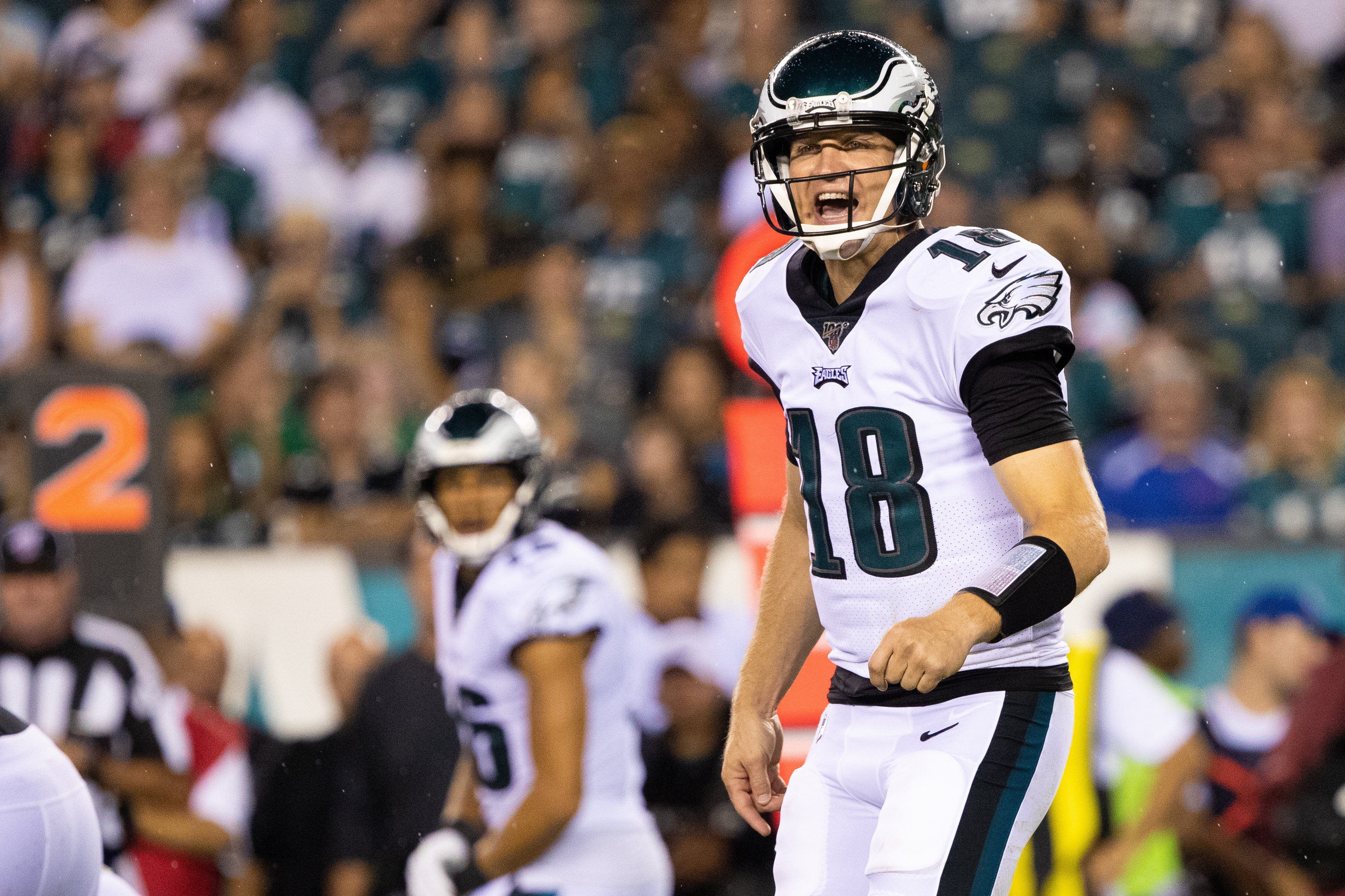 The Eagles have had such bad luck with injuries at the wide receiver position this season that it almost resulted in the backup quarterback catching passes from Carson Wentz.

After Alshon Jeffery and J.J. Arcega-Whiteside got hurt during Monday night’s game against the Giants, Philadelphia was down to just one healthy receiver, and desperate times called for desperate measures as 40-year-old Josh McCown was apparently getting ready to play receiver.

“I was ready to go,” McCown told NBC Sports Philadelphia’s John Clark. “We had the helmet ready to go. The equipment guys were all over it. Had the radio-less helmet because you can’t have two green dots on the field at the same time.”

“We were ready to roll. Shoot, I’d get in there and go. Obviously, as a quarterback, you know the offense. I guess it was like 12 years ago in Foxboro I had to go in and do it.”

It was actually 13 years ago that McCown played receiver for the Lions in a game against the Patriots. Clark provided the video as proof:

Eagles backup QB Josh McCown told me he was ready to play WR & was even switching out his QB helmet with communication to a WR helmet when Eagles were down to 1 WR. Wow

Josh played WR and caught some passes 13 years ago with Lions. Here is the video 😳

Safe to say the Eagles will probably go about adding more depth at receiver before their next game. As much as we’d all love to see McCown go out there and catch some passes, Philly’s shot at the playoffs rests on what happens over these next few games.