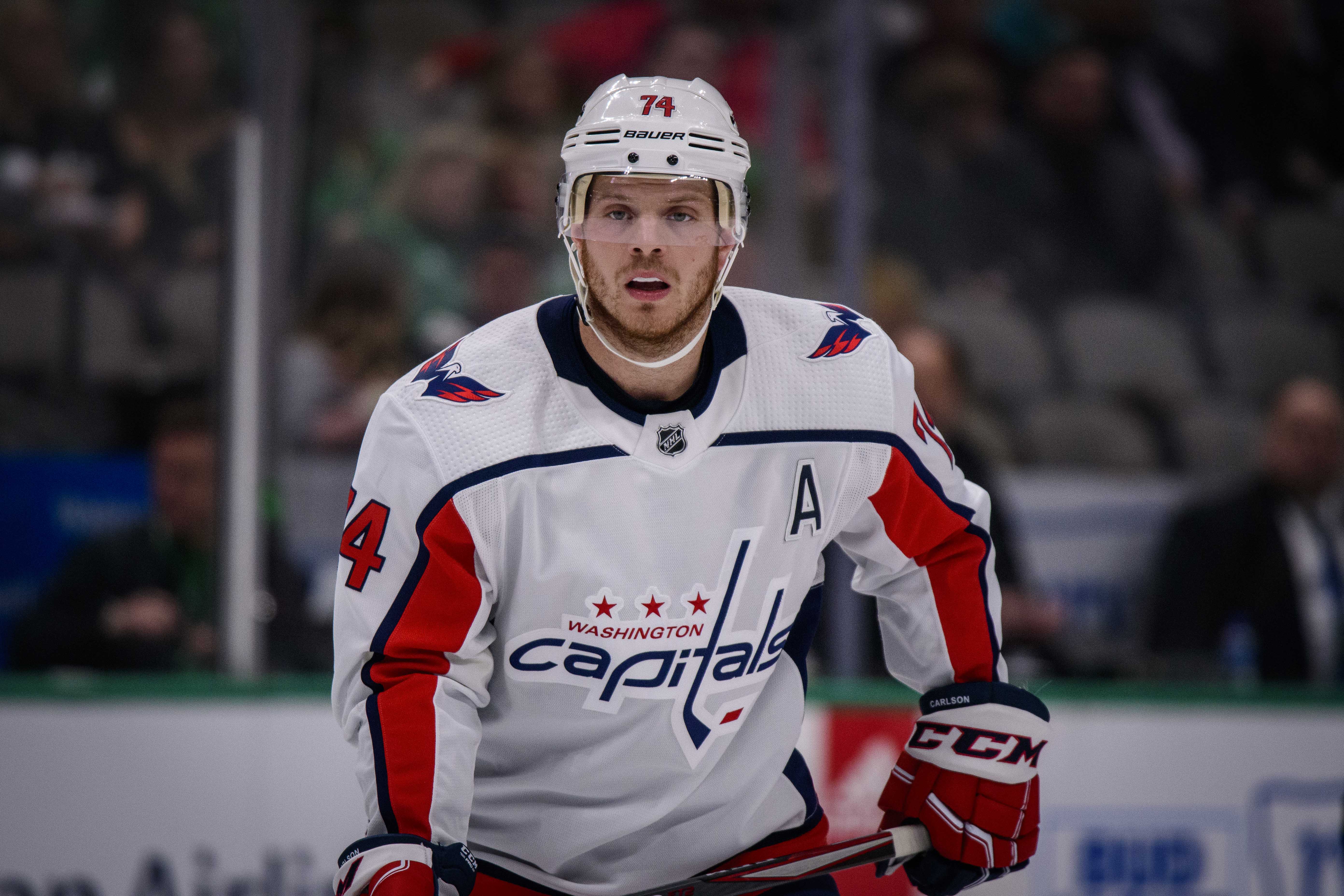 It has been quite the season for Washington Capitals defenseman John Carlson of Natick, MA. On Monday Carlson was named the National Hockey League first star of the week from December 2-8, 2019.

It was in the Capitals wins over the Sharks and Kings that Carlson scored the game winning goal. His game winner against the Sharks came with 3:28 left in the first period from Michal Kempny of Hodonin, Czech Republic (Czechoslovakia at the time of his birth). The goal put the Capitals up 3-1.

Then against the Kings, Carlson put the Kings up 2-0 with a game winning goal at 13:27 of the first period. T.J. Oshie of Everett, WA and Lars Eller picked up the assists.

On the season, Carlson is the Norris Trophy favorite. His 43 points leads the NHL for defensemen and is the sixth most in the NHL. He also has 11 goals, 32 assists, is a +19, eight penalty minutes, 13 power play points, four game winning goals, 92 shots on goal, 52 blocked shots, 20 hits, 17 takeaways and 31 giveaways.

The Capitals also have the most points in the NHL with 49. They have a record of 22 wins, five regulation losses and five losses in extra time.