Doug Marrone addresses his job status, how he's 'fighting' for his job 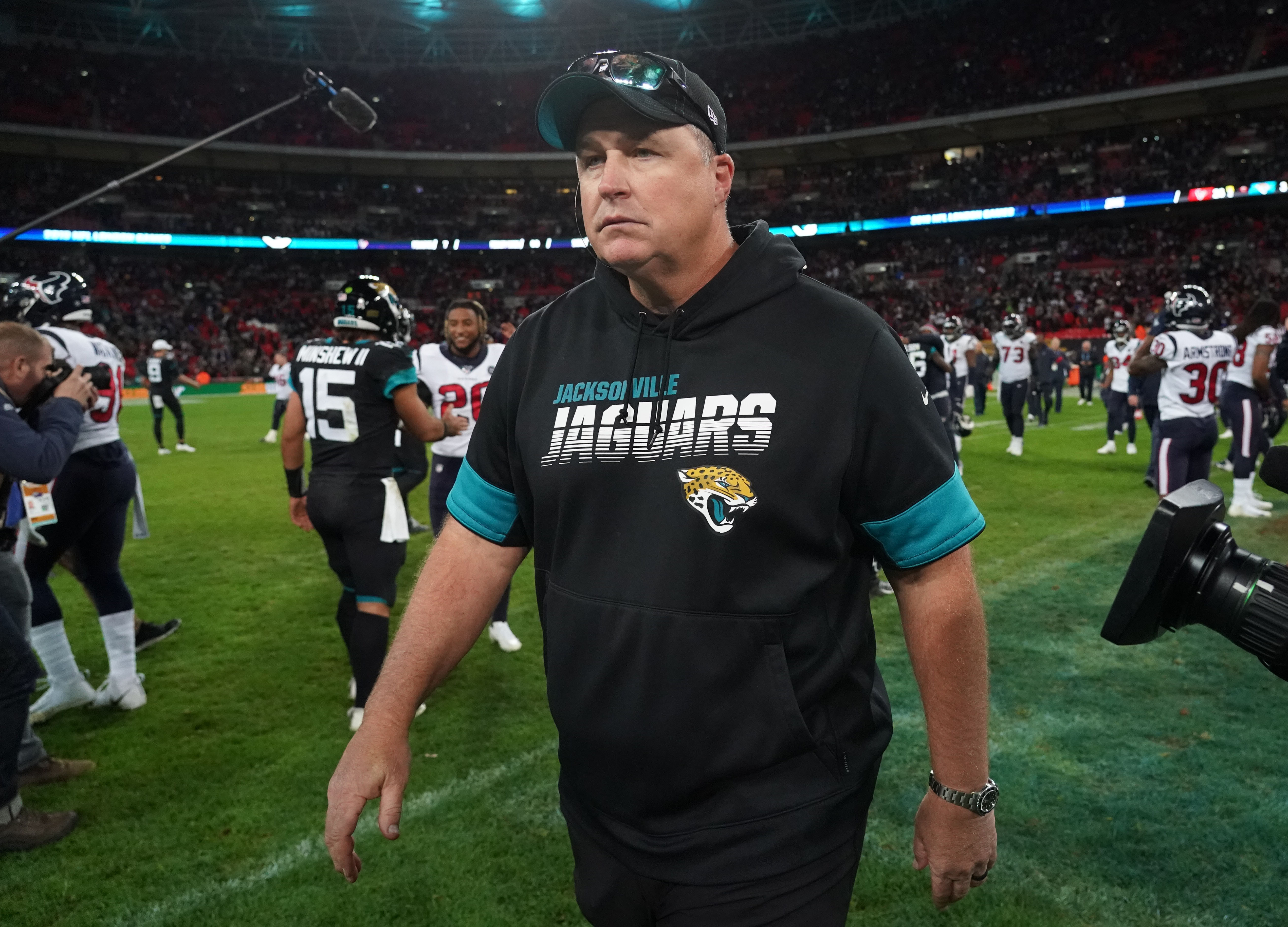 Doug Marrone addresses his job status, how he's 'fighting' for his job

The (4-9) Jaguars are the worst team in the NFL currently, in terms of current form, as the team has been blown out in its past five games, with no real signs of improvement.

Jacksonville has gone back and forth in terms of quarterback, with no clear plan in terms of playing Nick Foles or Gardnew Minshew, while the defense — which was previously the team’s strength — has given up 148 points in its past four games.

As such, virtually everyone is on the hot seat — players, coaches and front office executives. Head coach Doug Marrone is fighting for his job, as is executive vice president of player personnel, Tom Coughlin. Even Marrone hmself has acknowledged as much.

“We’re all fighting for our jobs,” Marrone said, via the team’s official website. “Everybody’s fighting to maintain, to try to stay in the league. Whether it’s players by doing a good job being able to perform so they can keep a job, or whether it be coaches doing a good job with their position group, or whether it be me trying to win football games. It’s a constant evaluation in this league. But I think it even gets more of a microscope when you’re not winning football games.”

“I’m going to be working. If anything, I may shoot down there and then come right back and watch a half and do that,” Marrone said.

Marrone is saying all the right things, but it seems like a “dead man walking” type of situation, and is really just a matter of when he’s fired, not if it happens.