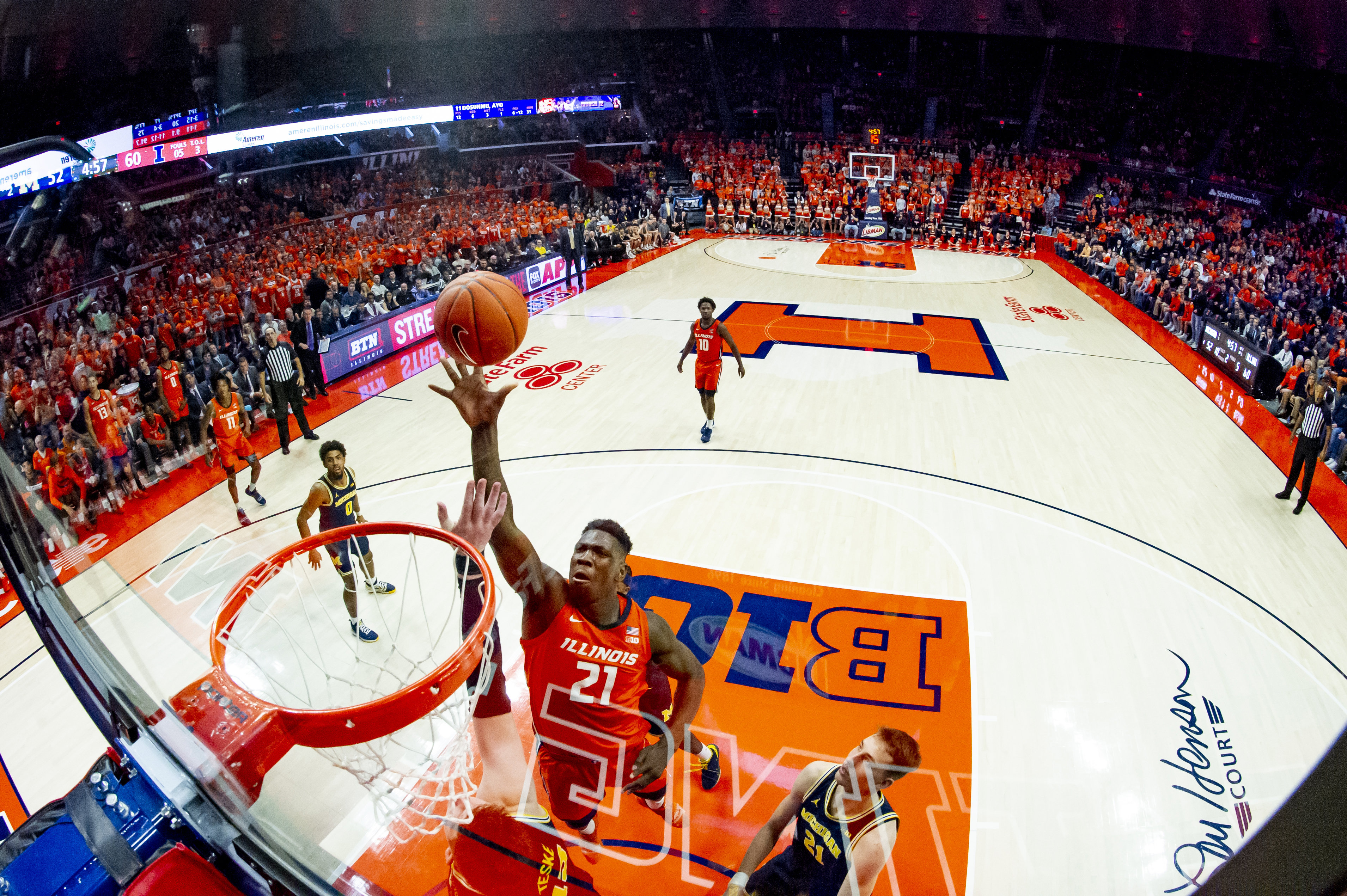 Wednesday night’s college basketball game between Michigan and Illinois sent a ref to the hospital after he took a blow to the head from the Fighting Illini’s massive freshman center.

Kofi Cockburn, who is 7-feet tall and weighs 290 pounds, was celebrating a bucket that also drew a foul in the second half of an upset win over the Wolverines, and he accidentally knocked out one of the refs while swinging his Thanos-like fist.

Lewis Garrison, the official who made the foul call, was on his way to the scorer’s table when Cockburn’s fist and forearm connected on the top of his head. He never saw it coming.

After several minutes on the floor, Garrison eventually walked off the court with some help. He was evaluated and cleared by Illinois team doctors, then taken to a local emergency for further evaluation, according to Brendan Quinn of The Athletic.

Official Lewis Garrison was evaluated on site and cleared by Illinois team doctors after being walloped by Kofi Cockburn tonight. He was taken to a local emergency room for precautionary further evaluation.

With Garrison getting medical attention, the rest of the game was played out with two officials. Cockburn finished with 19 points and 10 rebounds for Illinois.