Your Morning Dump... Where the Tatum plus (deep) bench lineup lost the Celtics the game 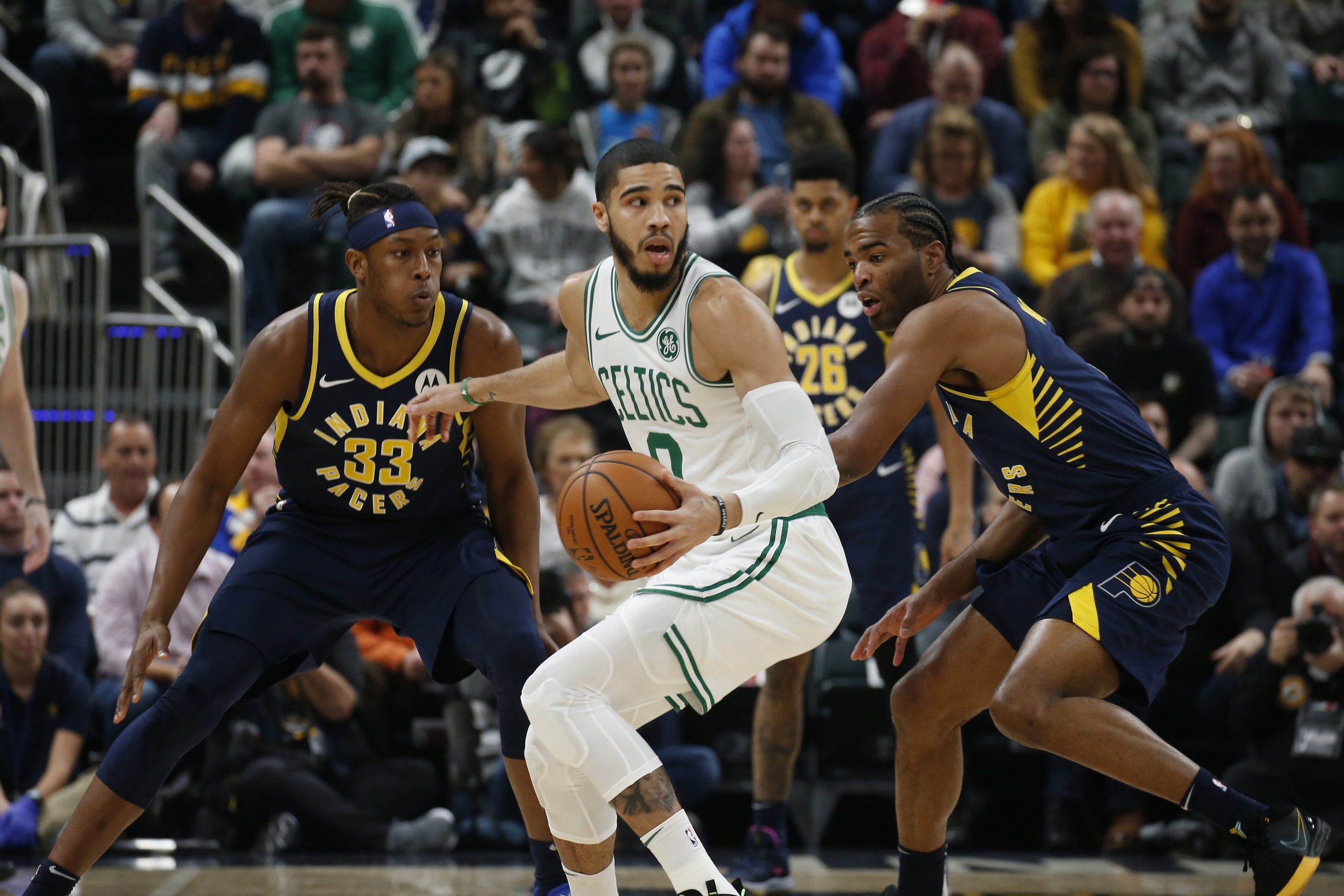 Your Morning Dump... Where the Tatum plus (deep) bench lineup lost the Celtics the game

The problem for Boston is there were several things the Celtics could control in this game that went wrong in the final frame and ended up proving very costly in the defeat. The first decision that should be under the microscope? The starting fourth-quarter lineup.

The Jayson Tatum plus bench lineup has been successful for weeks now as Stevens has mapped out a consistent rotation to work through Hayward’s absence. Brad Wanamaker, Enes Kanter and Semi Ojeleye have featured prominently with that group and the on-court numbers with that trio and Tatum has been very encouraging. There should be no complaints about that group being used together for a few minutes in either half as it was here.

The quibble I would have with Stevens’ lineup comes with the choice to go with Javonte Green as the fifth man in that group in a tough road game in the fourth quarter. I understand that Smart was out so there is a need to fill that void but going just eight deep into the bench for one half is entirely reasonable with the C’s personnel. Hayward got a lengthy rest (four minutes) at the end of the third quarter, so there was really no reason here to put Tatum out on an island as the sole reliable creator in this type of situation.

The Celtics lost last night’s game because the Pacers bench came in and whooped the Celtics at the start of the second and fourth quarters. Both of those runs happened with the Tatum + bench lineup on the floor.

My first instinct last night was to blame Tatum. He wasn’t great and in that fourth quarter stint was responsible for a few of the costly turnovers that aided Indiana in roaring back into things:

But in reading BRobb’s piece, I’m realizing it’s probably more appropriate to shift the focus to whom Tatum had on the floor with him, the coach responsible for putting that lineup out there, and even the GM who put those players on the roster to begin with.

But Indiana’s a playoff team, and one that’s only going to get better with the return of Victor Oladipo.

What is Javonte Green doing out there to start the fourth? Why is Tatum the only primary scorer out there on a team that, last night, had all four of its offensive producers?

Perhaps last night becomes a moment of recalibration for Brad, and on nights where the Celtics have Tatum, Jaylen, Kemba and Gordon available, he keeps two on the floor at all times.

Perhaps last night becomes a moment of recalibration for Danny Ainge, and as the trade deadline nears and the buyout market forms behind it, he makes scoring off the bench priority number one.

It was a tough loss against a good team and it’s nothing to panic or even get truly upset about. But it was clear to note where this game was lost last night, and as the east stays crowded and losses can impact seeding even here in December, hopefully lessons were learned.

On page 2, where we appreciate Kemba’s torrid night

From the opening tip to the final horn, Walker was in a good rhythm shooting the ball. And he wasn’t limiting himself to scoring in one particular fashion, either.

Walker, who was 16-for-28 from the field, was giving the game all that he had to offer on a night when the usual contributors for Boston early on weren’t chipping in at the usual high level he and the Celtics were used to.

And what made the night all that more impressive for Walker is even with shot after shot falling, you never got the feeling he was forcing the action or taking shots that he normally doesn’t take.

Still, in the end, Walker’s impressive performance was reminiscent of those big-time performances he delivered in Charlotte which, much like Wednesday, ended with a loss for Walker and his teammates.

Kemba Walker’s performance through three quarters reminded A Sherrod of Charlotte Kemba, but it also harkened back to Boston IT from a few years ago.

Offense was nowhere to be found outside of the point guard position, the Cs found themselves falling behind by double-digits, enter “the little guy.”

It’s too bad Walker a) couldn’t find his stroke again in the fourth and b) didn’t have more help during that pivotal stretch. Losing Jaylen to his sixth foul, Hayward to Doug McDermott’s palm and playing without Marcus Smart really hurt. That fourth quarter had Smart written all over it. You get the feeling the outcome would have been different had he been active.