5 rational thoughts about the Celtics’ first home loss this season 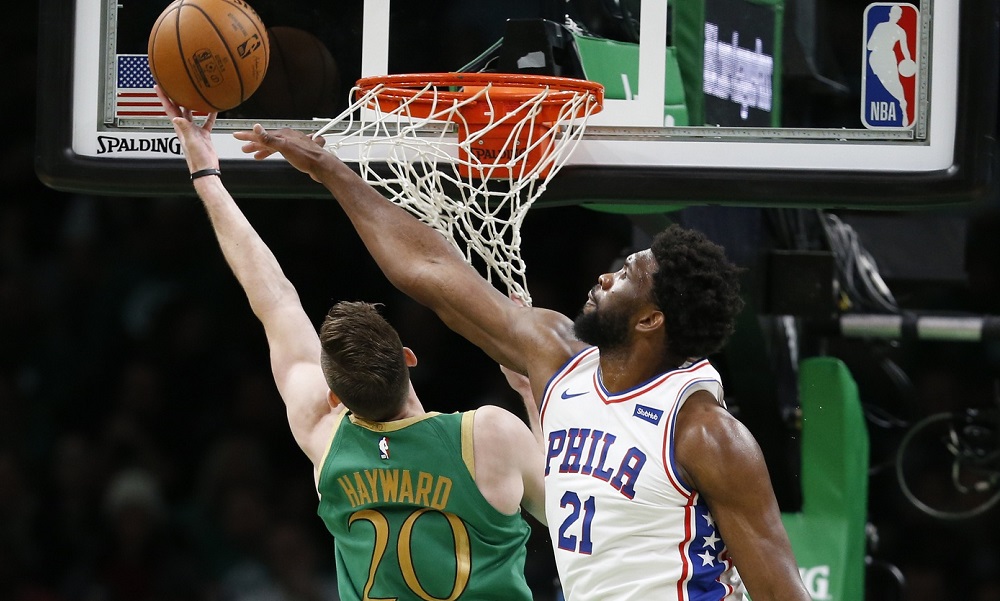 5 rational thoughts about the Celtics’ first home loss this season

The NBA is unforgiving. A four-game winning streak can quickly become a two-game losing streak, and that’s what happened last night as the Celtics suffered their first home loss of the season. They sure could’ve used Marcus Smart this week.

Two days ago, I sat and pondered how sweet it would be for the Celtics to come out of their back-to-back with two wins and a 19-5 record. Instead, two losses in about 24 hours left them at 17-7, and left fans frustrated.

When the Celts win, they do it pretty comfortably. Their 17 Ws have come with an average 11.7 points margin of victory. In their seven Ls, they’ve lost by an average of 4 points.

This week’s two losses were by 5 and 6 points, respectively, but in both games Boston had the ball with a chance to tie in the final seconds. In both cases, the Celts failed to execute. Now we’re all in need of retribution at the worst possible time, because they have five days off before playing again. Perhaps the rest and practice time will help them, but – and you can call me selfish – I wish they were playing again tomorrow because we need a win sooner than later.

One night after seeing two starters foul out, the Celtics again suffered whistle-inflicted pain in the form of two crucial calls that went Philly’s way in the final minute. You might expect it if they involved one of the Sixers’ All-Stars, but in fact the tormentor was regular dude Josh Richardson.

In the first instance, Richardson set a back pick on Enes Kanter, and when the big Celtic ran into the pick, the Sixer just allowed himself to topple to the floor (see video). Whistle, two FTs, Philly’s advantage goes from 2 to 4. That stopped a 7-0 Boston run and proved crucial to the Sixers keeping the lead.

The other instance got all the attention, because it was so obvious and yet ended up as a no-call.

Richardson grabbed Jaylen Brown by the arm and then drove him into the floor. In what universe is that not a foul? When no whistles blew, the loss was sealed.

In fact, the NBA agreed today in its useless, too-little too-late Last Two-Minute Report, that Richardson did commit a foul and the play was an incorrect non-call. We’ll never know how the game should have ended.

The NBA’s L2M report rules that Josh Richardson should have Ben called for a foul on Jaylen Brown on the Jayson Tatum inbound pass that went out of bounds. pic.twitter.com/szl2rFCHJs

Kemba Walker vs. Matisse Thybulle was an intriguing rematch.

After Walker struggled mightily against Thybulle’s defense in the season opener, his results were mixed on Friday. Thybulle couldn’t get around Boston’s screens fast enough to bother Walker in the first half, and he poured in 21 points mostly out of the pick-and-roll — dominating Philly’s talented rookie.

In the second, however, Thybulle seemed to scoot around the screens a little more cleanly to contest Walker, who finished with 29 points. Thybulle made Walker’s shots significantly more difficult down the stretch, and he even blocked one of Walker’s 3-point attempts.

MassLive: Boston Celtics may be contenders, but still have real issues so far

Kemba was on fire Wednesday night (44 points at Indy) and he continued to singe the nets in the first half vs. Philly, dropping 21 in the first half on 7-of-13 shooting (including 4 triples). Then he didn’t show up in the second half, scoring a mere 8 points on 1-of-8 from the field. He missed all 4 shots he took in the fourth and only grifted his way to 3 points from the FT line.

This is in no way blaming Kemba for the loss, but it is saying that it’s just hard to win if he isn’t scoring. Jaylen and Jayson struggled shooting all night (combined 8-for-27), so the second half was an especially bad time for our All-NBA guard to go cold.

By the way, Matisse Thybulle is the player Boston drafted and traded for Carsen Edwards. We felt pretty good about that in preseason, but not now. Last night, Edwards was inactive. (Insert sad emoji face here.)

I didn’t see it, but I heard  that Charles Barkley said it was “an insult” to Joel Embiid that he was being guarded by Daniel Theis. Say what? Who was supposed to guard him, Al Horford? I know the Chuckster has many fans, but his appeal is a mystery to me. Comments like that are the reason.

Theis has been overachieving all season. And he wasn’t the reason for the loss.

Al got a standing ovation from the Garden crowd, but the franchise didn’t give him a tribute video. That’s what can happen when you leave to sign with your team’s ancient rival.