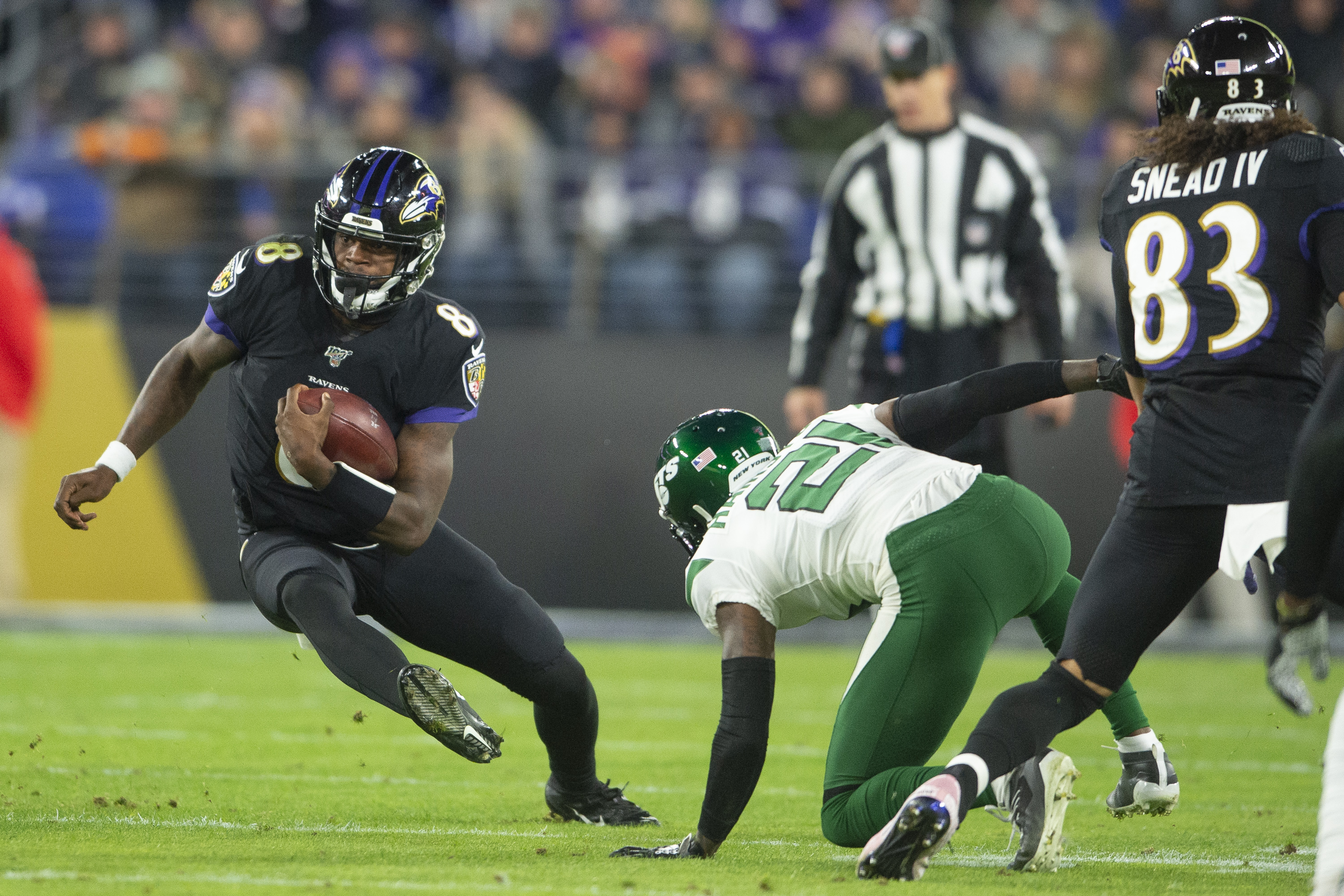 Lamar Jackson has been putting on a show this season, and the Ravens quarterback isn’t just doing with his arm. As this stat will show, Jackson is having more success running the ball than some teams.

In addition to his five touchdown passes, Jackson ran for 86 yards in Thursday night’s win over the Jets to help him break Michael Vick’s single-season record for a quarterback (1,039 in 2006). Not only did he break the record, but he did so with two games left to go in the season.

It’s also worth pointing out that much of Jackson’s success on the ground has come on designed runs. He didn’t get the record just by scrambling. In fact, the argument could be made that Jackson has been the best running back this season in addition to his stellar play at quarterback.

That said, it’s going to be tough to pick any player other than Jackson for the MVP.