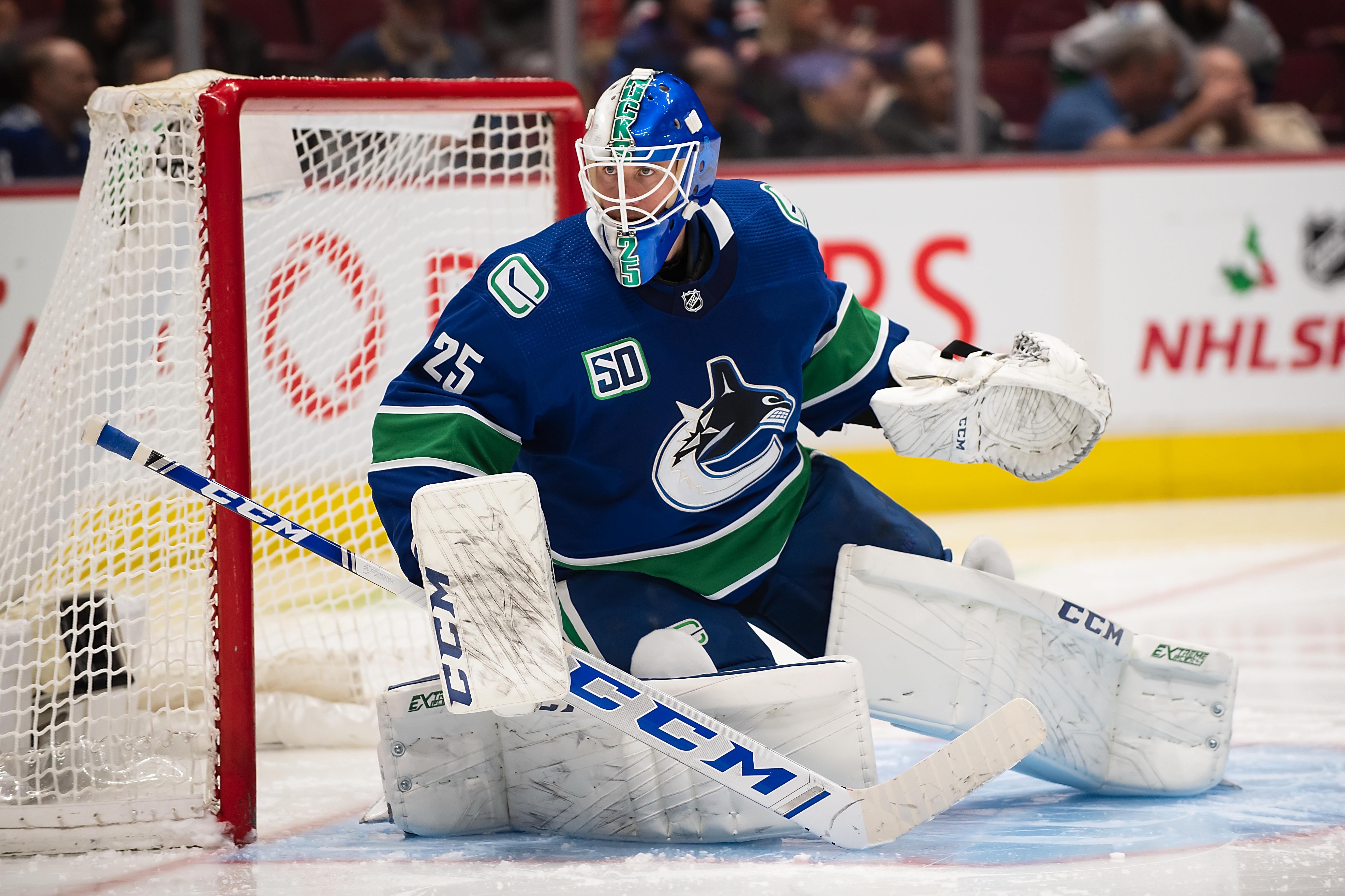 Jacob Markstrom of Gavle, Sweden picked up his fourth career National Hockey League shutout on Thursday. Markstrom made 43 saves as the Vancouver Canucks defeated the Carolina Hurricanes 1-0 in overtime at the Rogers Arena in Vancouver, British Columbia, Canada.

Markstrom made eight saves in the first period, 22 saves in the second period, 12 saves in the third period and one save in overtime. Six players on the Hurricanes led the team with four shots on goal each. They were Ryan Dzingel of Wheaton, IL, Dougie Hamilton of Toronto, Ontario, Joel Edmundson of Brandon, Manitoba, Warren Foegele of Unionville, Ontario, Andrei Svechnikov of Barnaul, Russia and Teuvo Teravainen of Helsinki, Finland.

The only goal in the entire game was scored at the 40 second mark of the extra period. That is when Elias Pettersson of Sundsvall, Sweden scored from Brock Boeser of Burnsville, MN.

For Pettersson, it was his fourth game winning goal of the season and 11th of his short two year NHL career. Of those 11 game winning goals, two have been in overtime. On January 2, 2019, Pettersson had a memorable game in a 4-3 Canucks win over the Ottawa Senators. He not only got the overtime winner, but a hat trick as well.

In 2019-20, Markstrom has a record of nine wins, eight regulation losses and three losses in extra time. He has one shutout, a goals against average of 2.58 and a save percentage of .918.

With the win, the Canucks now improve to 16 wins, 12 regulation losses and four losses in extra time for 36 points. They are one point back of the Vegas Golden Knights for a playoff spot.