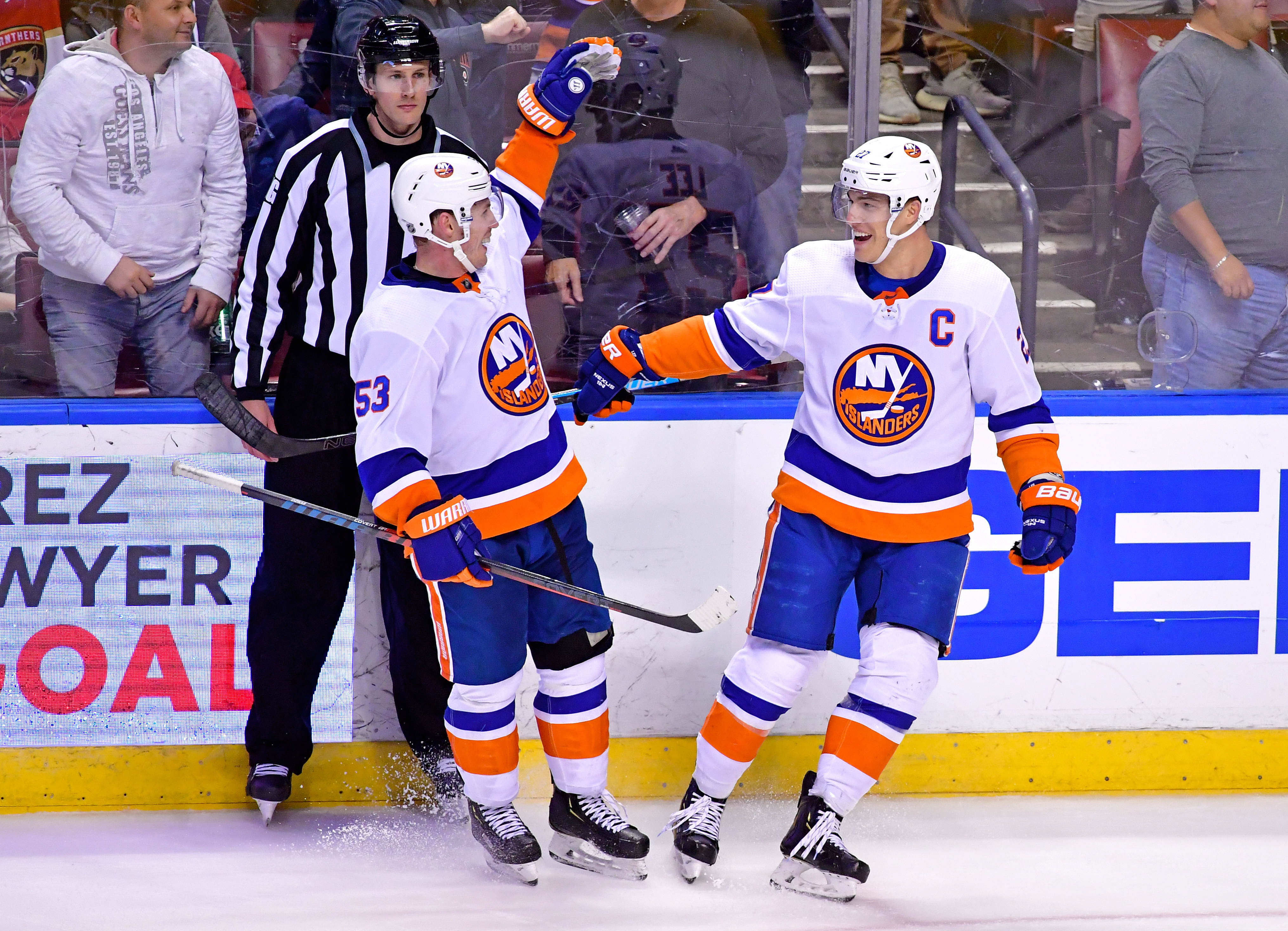 This is an adaptation of Walt Whitman’s famous poem, ‘O Captain! My Captain!’

O Captain! my Captain! Our fearless leader Lee is here,
This Isles ship has weather’d early racks, to the prize hopeful he’ll steer,
The start is good, his intentions true, Isles Twitter all exulting,
While outside eyes the steady keel, the style ‘grim and boring;’
But O heart! heart! heart!
O the bleeding drops of toil,
Where on the deck my Captain fell,
Momentarily to a Panther, Boyle.

O Captain! my Captain! Who answered every call;
A screen for Toews’ snipe, forced turnover for Barzal,
But Captain wasn’t through as the Panthers pulled one back,
He dropped the gloves with Boyle after his unfair Pelech attack
Oh Captain! Well he tried!
In no way did he win!
But he stood up for his teammate,
A worthy trip to the sin bin.

Out of the box he came, but My Captain was not done,
Greiss was standing on his head with the Isles up just one,
The Panthers prowled and press, though the defense would suffice
From fearful chance the Captain went and put the game on ice;
Final face-off in the Isles zone,
Was won, cleared with a flick
And my captain rushed and slid it home,
A Gordie How Hat Trick.