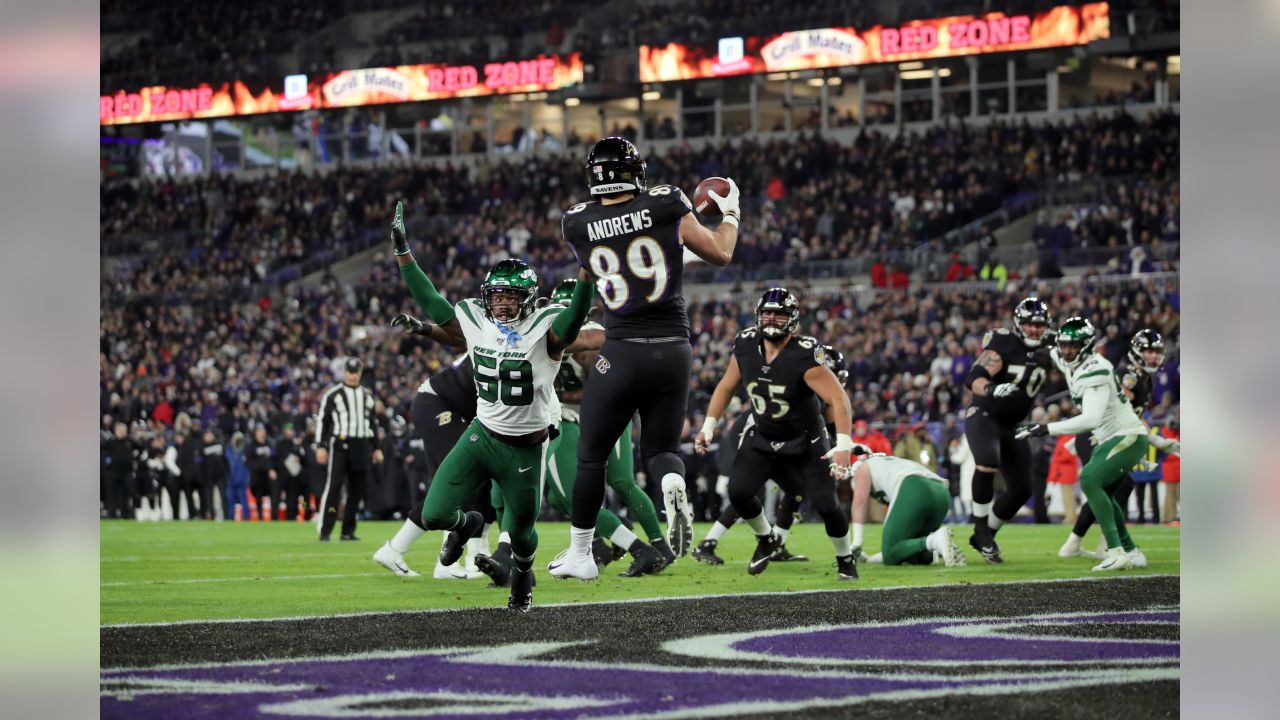 Although the Ravens got a little sloppy on defense and special teams at times, it was pretty much a cakewalk over the struggling New York Jets and their somewhat overmatched QB Sam Darnold.

There was a historical moment in the game—

Jackson snapped Vick’s record of 1,039 rushing yards for a quarterback in a single season, which Vick set in 2006 with Atlanta. Nobody came close in the 13 seasons since – until Jackson.

Entering the game, Jackson needed just 23 yards to break Vick’s record. He did it with a 5-yard run on the Ravens’ first drive of the game, in which he went off the right side on a read-option play and took a big hit from Jets linebacker Neville Hewitt.

That big hit should have driven some renewed common sense in Lamar—SLIDE!!! But when you’re that young and talented, the concept of your own mortality is a fleeting one.

Jackson threw five touchdown passes, oh by the way. He’s only started 21 games as a professional, yet Jackson looks like he’s been doing it forever.

“I’m thinking in the back of my mind sooner or later he’s going to have a young, second-year growing pains game,” veteran guard Marshal Yanda said. “And the kid keeps playing winning football.”

Baltimore (12-2) took control with touchdowns on its first three possessions and Jackson made it 28-7 in the third quarter with a 24-yard scoring pass to rookie Marquise Brown following a turnover by New York (5-9).

Jackson ran for 86 yards (on eight carries). On this night, however, Jackson did most of the damage with his right arm. He completed 15 of 23 passes for 212 yards and increased his NFL-leading total of touchdown passes to 33, tying the franchise season record set by Vinny Testaverde in 1996.

After Jackson’s pass to Brown, many in the crowd of 70,545 chanted “MVP! MVP!” There was a reprise of the mantra late in the third quarter when Jackson hit Seth Roberts for a 33-yard touchdown. The score came after Jackson connected with tight end Mark Andrews for a 36-yard completion on a fourth-and-1 from the Baltimore 29.

Jackson celebrated the first down by dancing downfield with his arm pointing toward the New York goal line. Not once throughout his exceptional performance did Jackson show any sign of being slowed by a quadriceps injury that made headlines in the days leading up to the game.

The Jets, meanwhile, hardly looked like a team that had won four of their previous five games. Sam Darnold threw two touchdown passes to Jamison Crowder but the second-year quarterback also tossed an interception and lost a fumble.

The first turnover ruined a potential scoring drive near the end of the first half and the latter miscue immediately preceded Jackson’s TD pass to Brown.

“When we got our opportunities, we had to score touchdowns. We just didn’t do it,” coach Adam Gase said. “We didn’t finish the job.”

The Jets’ other touchdown came on a blocked punt in the fourth quarter.

New York’s defense came in ranked second in the NFL against the rush, but the unit was no match for the league’s top running game. The Ravens amassed 218 yards on the ground, including 76 by Mark Ingram.

Jackson broke Vick’s rushing mark on Baltimore’s opening possession while guiding the Ravens on an 84-yard march. The dual-threat quarterback ran three times for 27 yards and completed all three of his passes for 41 yards before Ingram ran in from the New York 6.

Jackson supplanted Vick in the record book with a 5-yard run from the Jets 11.

It was more of the same on Baltimore’s second drive. A 29-yard run by Ingram and a 25-yard impromptu jaunt out of the pocket by Jackson preceded a 5-yard touchdown pass to rookie Miles Boykin. 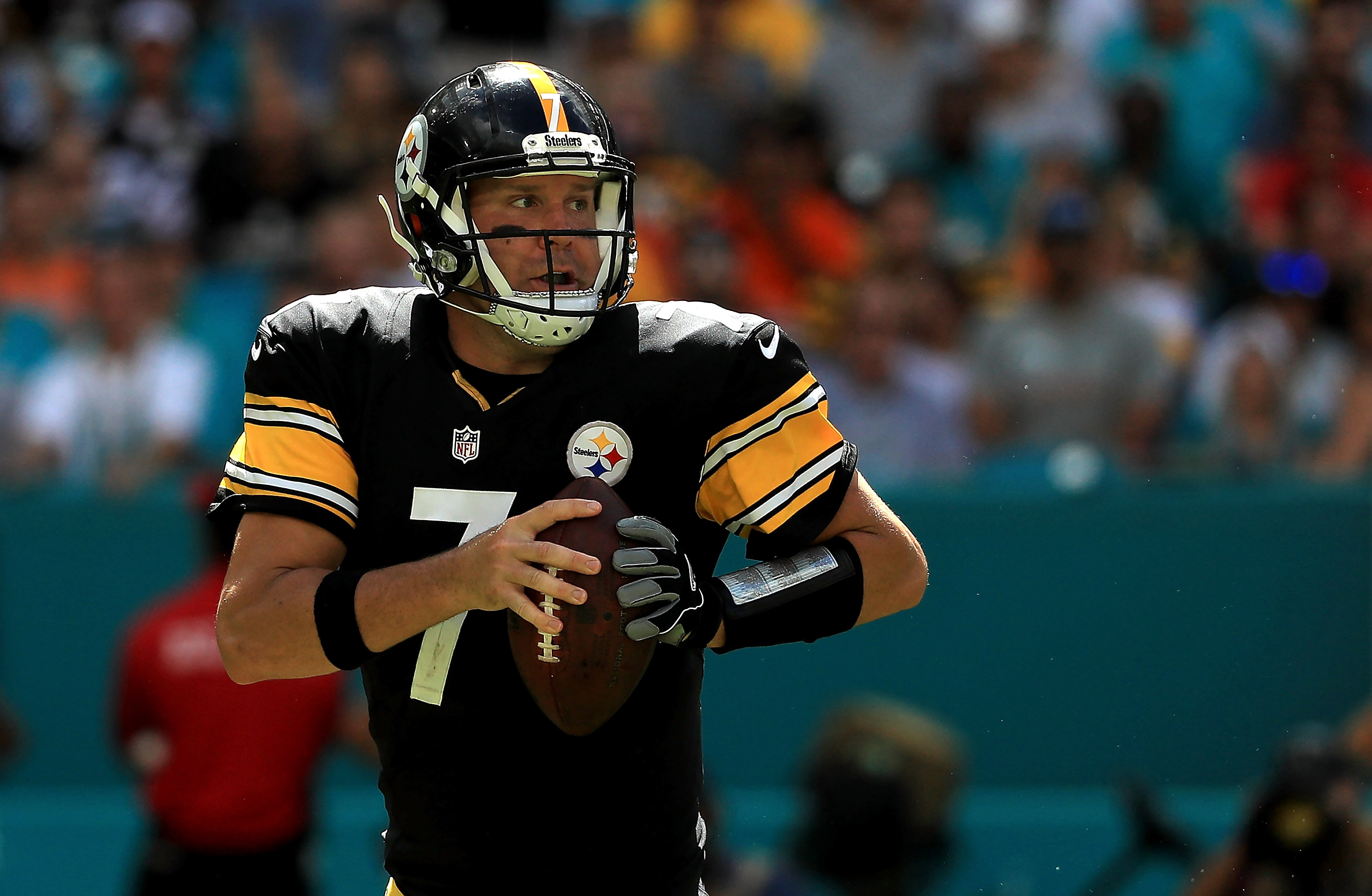 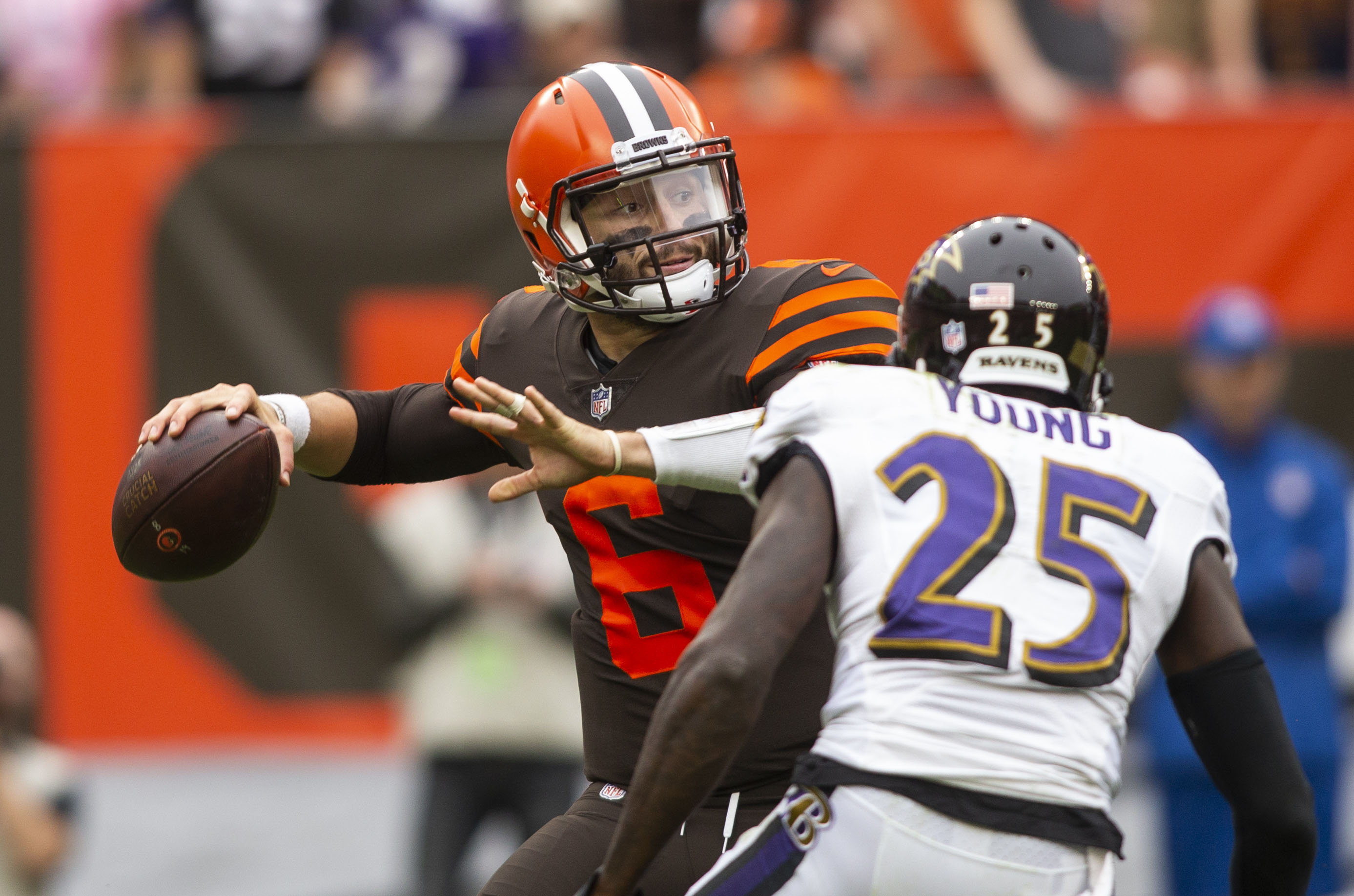 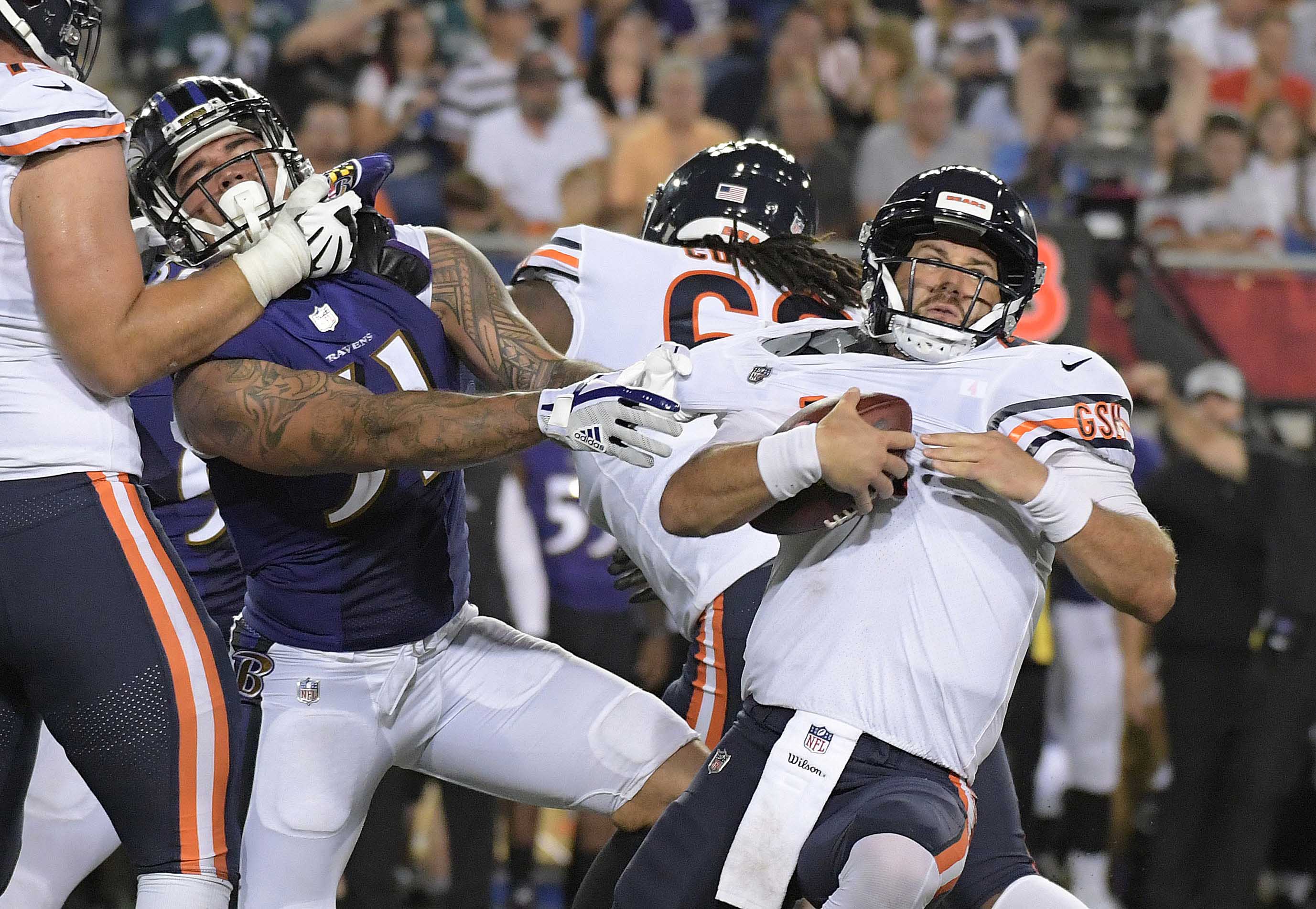