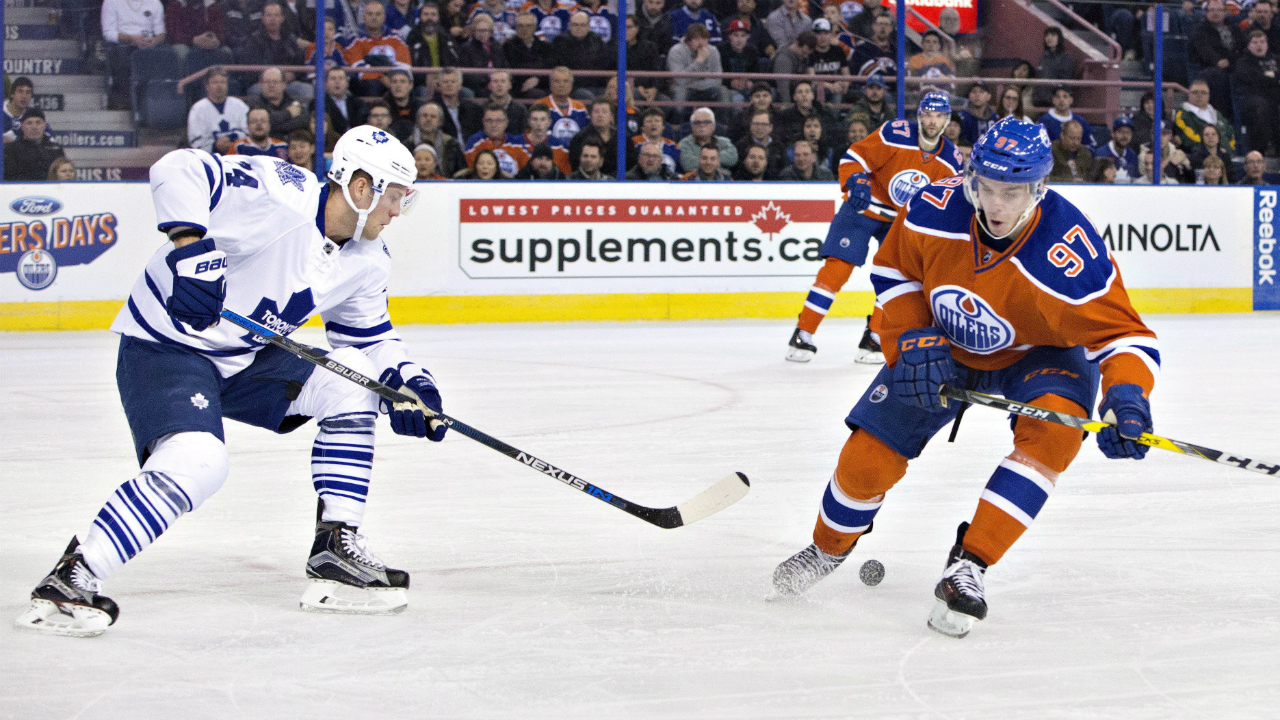 It’s been a nightmare stretch for the Edmonton Oilers. Gone is the fast start and cushion built by this club early in the season. The Oilers are now fully entrenched in the playoff race and need to start winning games. They return home tonight to battle the Toronto Maple Leafs. It is the first of two meetings on the season.

The Oilers were once again swept by the Leafs last season. In fact, they’ve now lost six straight against the Leafs dating back to February of 2016. This has been a nightmare matchup for the Oilers. They are 0-3-0 against Toronto at Rogers Place.

Mikko Koskinen returns to the goal for the Oilers, while Frederick Andersen gets the nod for Toronto.

Edmonton: Tighten up defensively. If you think you can give up six goals for the third straight game and win, well you’ll be disappointed. The goaltending hasn’t been good lately, but the Oilers are surrendering far too many good looks and quality chances against. They have to tighten up against a lethal Toronto offense.

Toronto: Push the pace offensively. Quite frankly, the Maple Leafs are the better, deeper team. The Oilers don’t have the offensive depth, or defensive ability, to handle a track meet with the Leafs. If Toronto pushes the pace and applies pressure, they’ll snag an easy two points from this game.

Edmonton: Goaltending has killed the Oilers in their three straight losses. Mike Smith gave three points away in his last two starts, while Mikko Koskinen wasn’t great against Carolina. The Oilers badly need some saves tonight. Can Koskinen give them to the Oilers? That’s the biggest storyline in this contest.

Toronto: Cast aside earlier in the season, Jason Spezza has quietly put together a nice run with the Maple Leafs. On a cheap deal, Spezza has proven to be a nice depth addition for a Maple Leafs team in need of both leadership and secondary scoring. His boots might be slower, but his vision is still elite.

Joakim Nygard was held out of practice on Friday and is an option for action tonight. If he does in fact go, expect Patrick Russell and Markus Granlund to sit. Brandon Manning remains parked up top.

The Leafs are without Andreas Johnsson this evening. Among new additions are Alexander Kerfoot and Tyson Barrie, who were acquired from the Avalanche on July 1st. Free agent signing Jason Spezza is also in the lineup.

The Oilers are riding their first three-game losing streak of the season. They were the last team in the NHL to hit the skids. The good news? There doesn’t seem to be a negative energy coming from the room. “There’s going to be adversity over the course of an 82-game season,” defenceman Darnell Nurse said. “That’s just how this game works. I think we have a good opportunity with these last six games before the break to make the most of them.” That stretch starts tonight.

“There are some issues where we’ve given up chances, not a lot of chances, but ones that have been really good ones,” Head Coach Dave Tippett said. “I look at the game (against Minnesota) and there were ones that we can just take out of our game just by managing the game a little bit better, and then there are ones that are just missed assignments. We can address both of those.” Tippett held a brief conference on the ice at the start of Friday’s practice, likely setting the tone for tonight.

The Oilers currently sit two points back of the Pacific Division leading Arizona Coyotes. They are tied for second in the division with the Calgary Flames, who are in action against the Carolina Hurricanes. The Oilers are just four points up on the playoff cutline. Vancouver is the first team out and has two games in hand as we approach Christmas.