Your Morning Dump… Where, like it or not, it’s time for Celtics fans to take a break 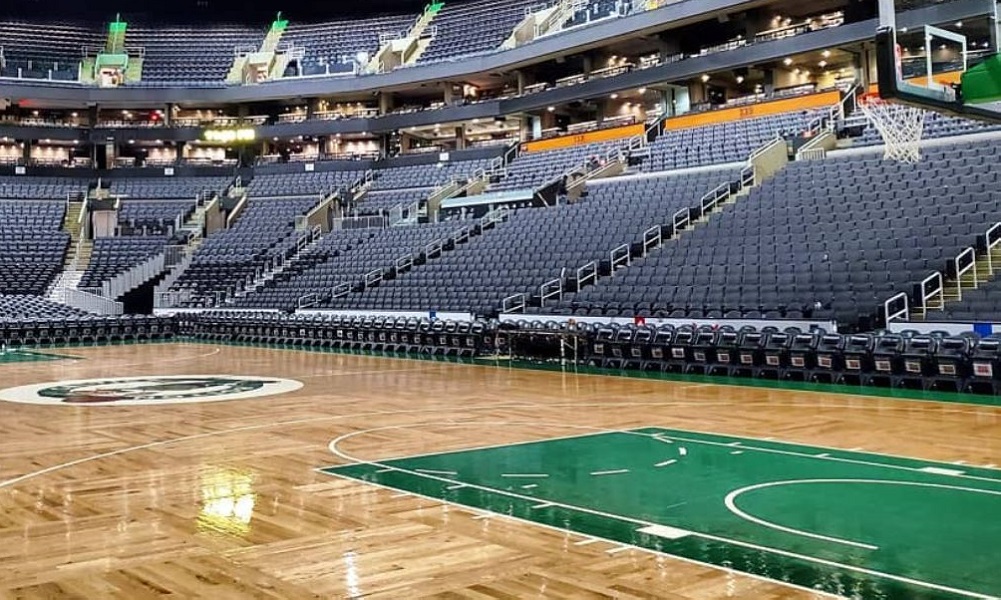 Your Morning Dump… Where, like it or not, it’s time for Celtics fans to take a break

The NBA schedule can be downright weird at times, and this is one of those times. The Celtics just played a back-to-back and three games in four nights. Now the parquet will be vacant for a while, as the Cs have five straight days off before they play at Dallas. It’s their longest break this season, except for the All-Star Game. It’s the longest break for us fans, too.

I know that I don’t want to spend that much time dwelling on the two-game losing streak, knowing that both of them could have been wins if the ball had bounced differently once or twice, or if a couple of calls had gone the other way, or if Marcus Smart had been able to play.

So let me suggest that you use this time wisely in other ways. Watch the Patriots play on Sunday afternoon. Check out the NBA League Pass free preview through December 19 (if you can get it to work). Think up some memes for Weird Celtics Twitter. Finish your holiday shopping. Or maybe decorate your house with a few lights.

Whatever you do, enjoy.

According to the NBA’s Last Two Minute report, Jaylen Brown was fouled by 76ers guard Josh Richardson while trying to receive an inbound pass with 25.7 seconds remaining in the Celtics’ loss on Thursday.

The play occurred after Joel Embiid made two free-throws to put the 76ers up, 112-109. Tatum was the inbounder, and he passed it to Brown. Brown fell due to the contact from Richardson, and the ball went out of bounds.

The Celtics could not challenge the play because head coach Brad Stevens challenged a foul called on Enes Kanter in the first half. That challenge was successful.

Boston.com: NBA says pivotal no-call in final minute of Celtics-Sixers should have been a foul

Wow. No foul call… Celtics throw the ball away. pic.twitter.com/wE6F67luTy

File this in the “No shit, Sherlock” category. It couldn’t have been more obvious. The truly shocking thing is that, consciously or not, NBA refs tend to make late-game calls that favor the trailing team. Keeping the game close seems to be the motivation. They had a chance to do that here; instead, they whiffed.

Now nothing will happen, the result won’t change, and if the referees are penalized in any way, we won’t find out about it. So thanks for nothing, NBA.

And, finally… Second in net rating is… Enes Kanter?

He is averaging 7.9 points and 6.0 rebounds in 16.3 minutes per game. All three of those figures are his lowest marks since he was 20 years old and in his second NBA season, with the Utah Jazz.

“Of course every player wants to go out and play 45, 40, 35 minutes,” Kanter said. “In Brad’s system, it doesn’t matter if you play one minute or 48. You just go out there and give everything you have.

“Brad says if [the opposing center is] a pick-and-pop guy, Theis is the guy. Those are decisions a coach makes, so it’s our job to give everything we have.”

Still, Kanter is taking advantage of the opportunities he receives. He is shooting a career-best 60.4 percent from the field, and he is gathering 19.5 percent of all available rebounds, which is slightly above his career average.

Perhaps most importantly, the Celtics are outscoring opponents by an average of 10.8 points per 100 possessions while Kanter is on the floor, the second-highest net rating on the team, trailing only Jayson Tatum.

Globe: Enes Kanter’s minutes may be down, but he’s making the most of them

Kanter has been labeled as a bad defender because his feet and reads are slow defending in space on the pick and roll, but he has the power and tremendous hand-eye coordination to be an effective post defender. He times his swipes well and is accurate enough to generally avoid fouling. Even a few of his foul calls were on what looked like clean swipes. But he knew just when Embiid would expose the ball and did a great job of constantly poking at it and limiting Embiid’s creativeness in the post.

The Athletic: Celtics film review: Against 76ers, Enes Kanter found his best performance of the year

I didn’t have a clue that Kanter was second on the team in net rating, and I’ll bet you didn’t either. If you go by the eye test, Kanter is a terrible, hopeless defender. But advanced stats don’t lie, do they?

Despite his flaws, I like Kanter. He’s an elite offensive rebounder, and nothing makes me happier than the Celtics getting second-chance points. Moreover, Kanter is team-oriented and his somewhat goofy personality is a good fit for this group. As last year demonstrated, it’s important to have a roster where players get along.

That’s not a problem this season.

MassLive: Boston Celtics explain the importance and art of the backdoor cut