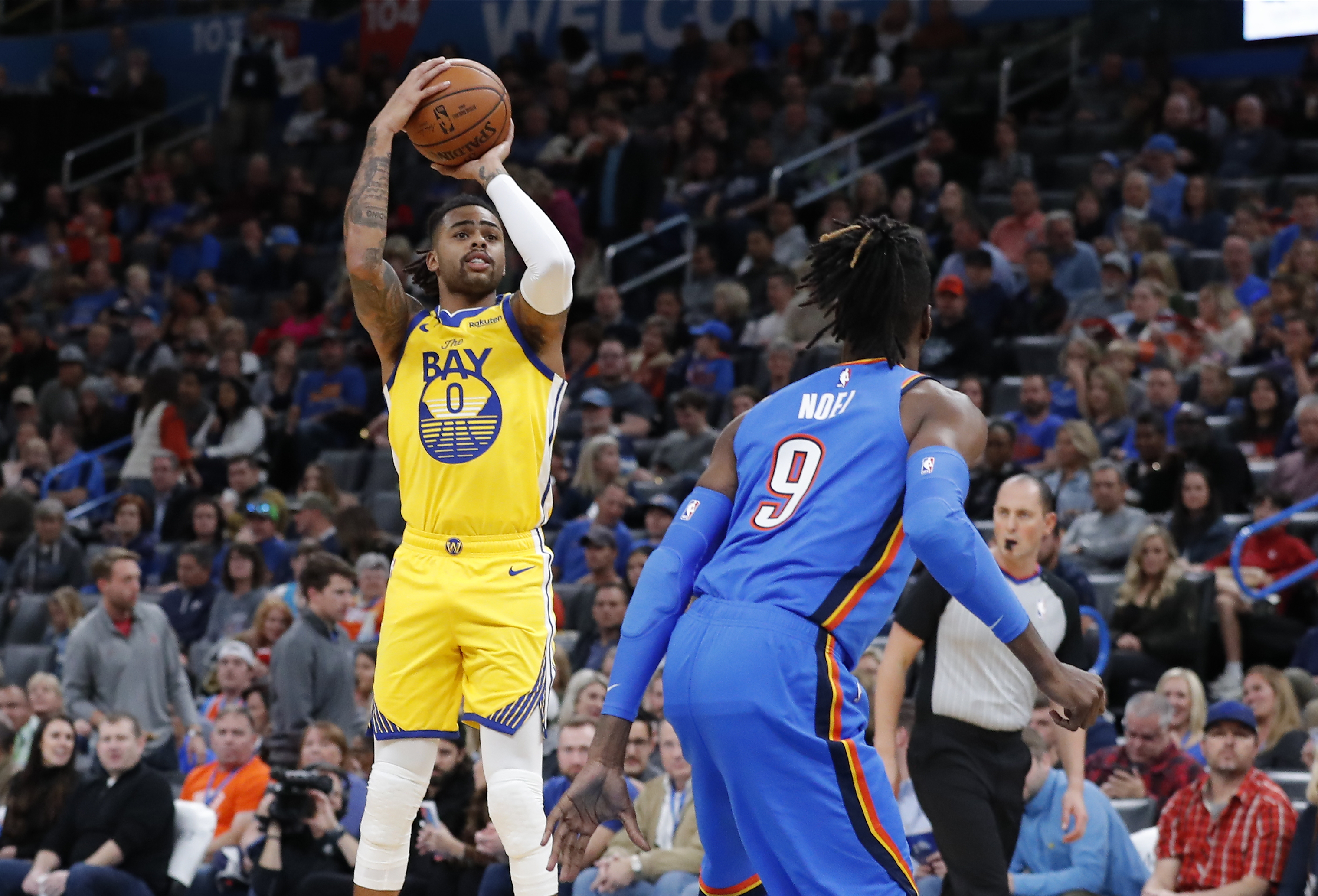 Ever since the Golden State Warriors acquired All-star guard D’Angelo Russell in a sign-and-trade from the Brooklyn Nets for superstar forward Kevin Durant this past offseason. There has been this belief that Golden State would trade the young point guard to acquire more assets.

Those beliefs and rumors only increased during the early part of this season as the Warriors are in complete rebuild mode with both Stephen Curry and Klay Thompson out with injuries.

However, it appears as if the Warriors are not ready to move on Russell yet.

During the Woj & Lowe: Trade Special on Sunday night, Adrian Wojnarowski mentioned that Golden State is not going to be making calls on Russell.

This latest piece of information coincides with what Sean Deveney of Heavy.com reported last week. According to one NBA general manager, the Warriors are “not pushing” the market for Russell per Deveney.

Even though the Warriors are 5-22 and destined for a top-five draft pick, it would not be smart for them to move on from Russell yet. We saw a glimpse of how explosive the Curry-Russell backcourt could be.

Now, fast forward to next season when Golden State has Curry, Green, Russell, Thompson, and whomever they select in next summer’s NBA draft. They could easily be right back into the conversation for the NBA title next season.