No belief Chris Paul gets traded this season 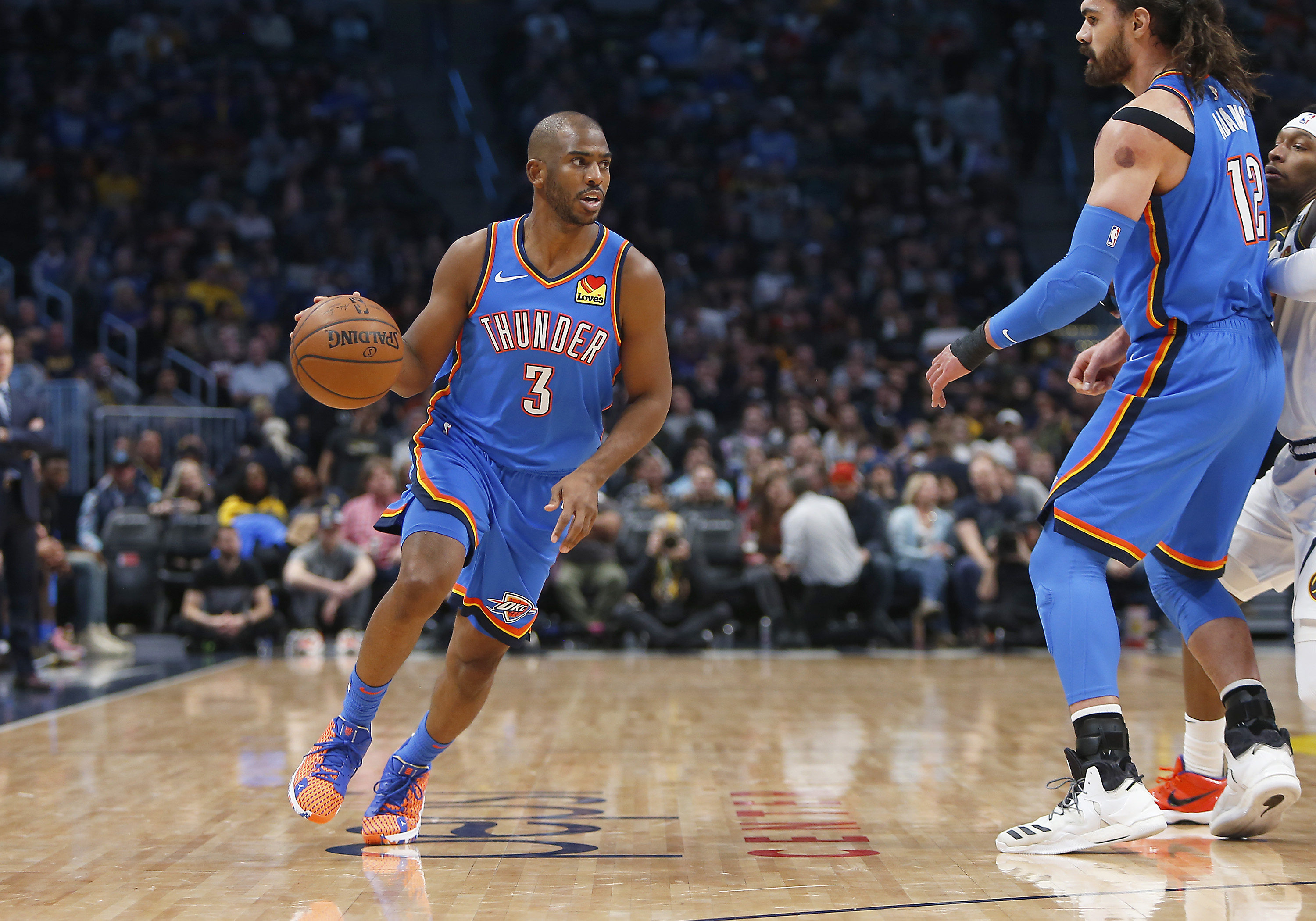 No belief Chris Paul gets traded this season

When the Thunder acquired Chris Paul and his massive contract in a trade with the Rockets this past offseason, the feeling around the NBA was that it would be temporary until Oklahoma City found a home for the veteran point guard, but that doesn’t appear to be the case anymore.

While some teams have expressed interest in Paul, his contract, which increases from $38 million this season, makes it almost impossible for a trade to get done. During an ESPN special with Zach Lowe and Adrian Wojnarowski on Sunday, Wojnarowski revealed that even Paul’s camp has accepted the fact that he might have to play out the season in OKC.

“There is no belief in Oklahoma City or even the CP3 camp that there’s going to be a trade for him. After the season, another year off that giant contract? Maybe. He’s played well for them. Forty million dollars plus, they’re resigned that he’ll be there.”

As Wojnarowski pointed out, Paul is playing well for the Thunder, averaging 15.6 points and 6.3 assists per game. If he’s able to maintain that throughout the season, teams might still be interested in the nine-time All-Star when the offseason rolls around.