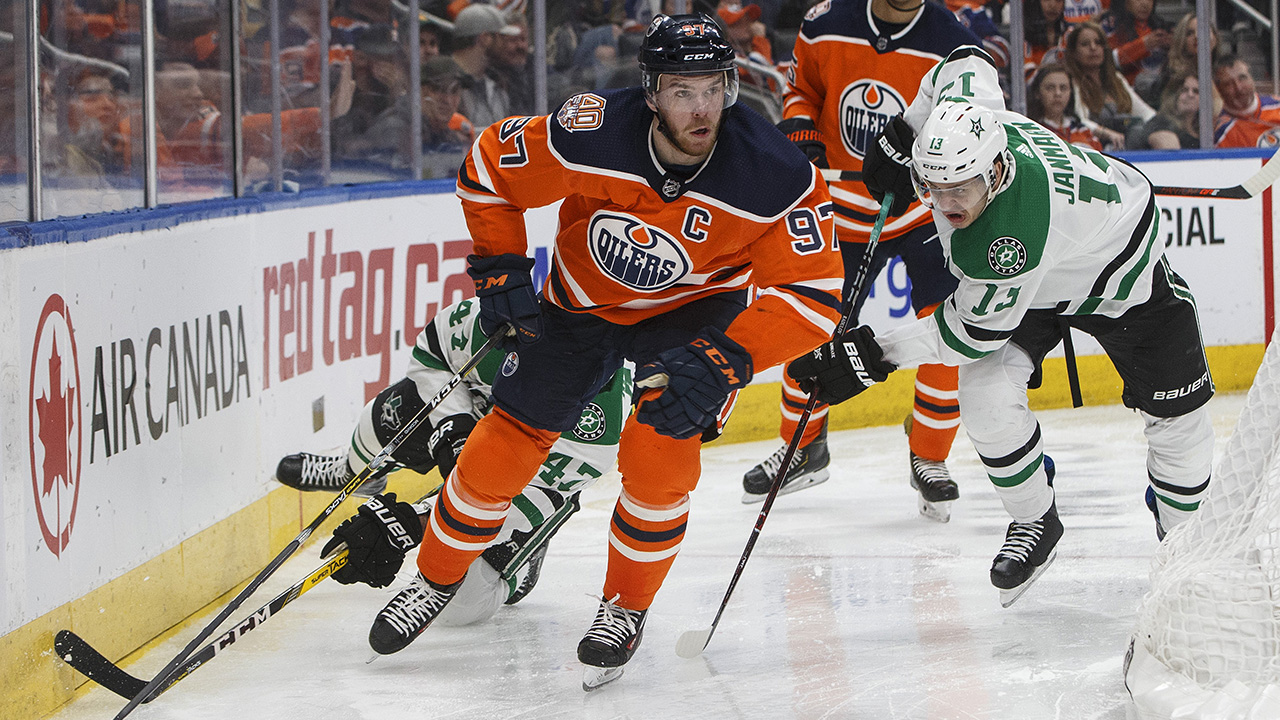 The effort was there, the performance was better. The result? The same. The Edmonton Oilers played well but couldn’t catch a break on Saturday as they fell 4-1 to the Toronto Maple Leafs. They’ve now dropped four in a row, falling to 0-3-1 in that span.

Tonight, the Oilers head to Dallas to battle the Stars. It is the second of three meetings between the sides this season. Dallas took the first meeting at Rogers Place last month in overtime.

Mikko Koskinen gets the start for the Oilers, while Ben Bishop gets the nod for the Stars.

Edmonton: Stick with it. Losing sucks and everyone is frustrated right now. That said, the Oilers deserved better results in Minnesota and against Toronto. Stick with the system and tighten up a little bit defensively. This team is close to getting back into the win column and there were good signs in the last two games.

Dallas: A quick pace transition game will be key. The Oilers are prone to mistakes defensively and struggle against transition attacks. The Wild killed them in this area last Thursday. The Stars have immense skill and can make you pay with little mistakes in transition. This appears to be a mismatch.

Edmonton: I thought Ryan Nugent-Hopkins played his best game of the season on Saturday. He was strong defensively, had some really good looks offensively and had the puck going in a good direction. The Oilers need Nuge to start producing offensively. Was Saturday night the start of a nice run for the veteran?

Dallas: It’s been an up-and-down season for Alex Radulov. It’s a season that has included healthy scratches, but Radulov is playing good hockey as of late. He’s got a killer shot and has just crushed the Oilers over the years. It stands to reason he’ll have an impact on this game.

Another night, another shuffle to the lines. Patrick Russell and Markus Granlund will sit this evening, while Joakim Nygard returns after missing Saturday’s tilt. Brandon Manning sits on defense,

Old friend Taylor Fedun will sit for the Stars. He’s joined by Justin Dowling in media row tonight. John Klingberg, who missed last Friday’s game with an illness, will play.

American Airlines Center has been a house of horrors for the Oilers in recent seasons. The Stars are 17-2-2 against the Oilers in their last 21 meetings at home. The Oilers will be looking to bust recent and historical trends this evening in the Lone Star State.

The Oilers’ powerplay is terrific, but Dallas’ penalty kill is just as good. The Stars have killed off their last 15 penalties, going 15-for-15 in their last six games. That should be a heavyweight matchup. The Oilers were 1-for-3 on the powerplay in the first meeting of the season.