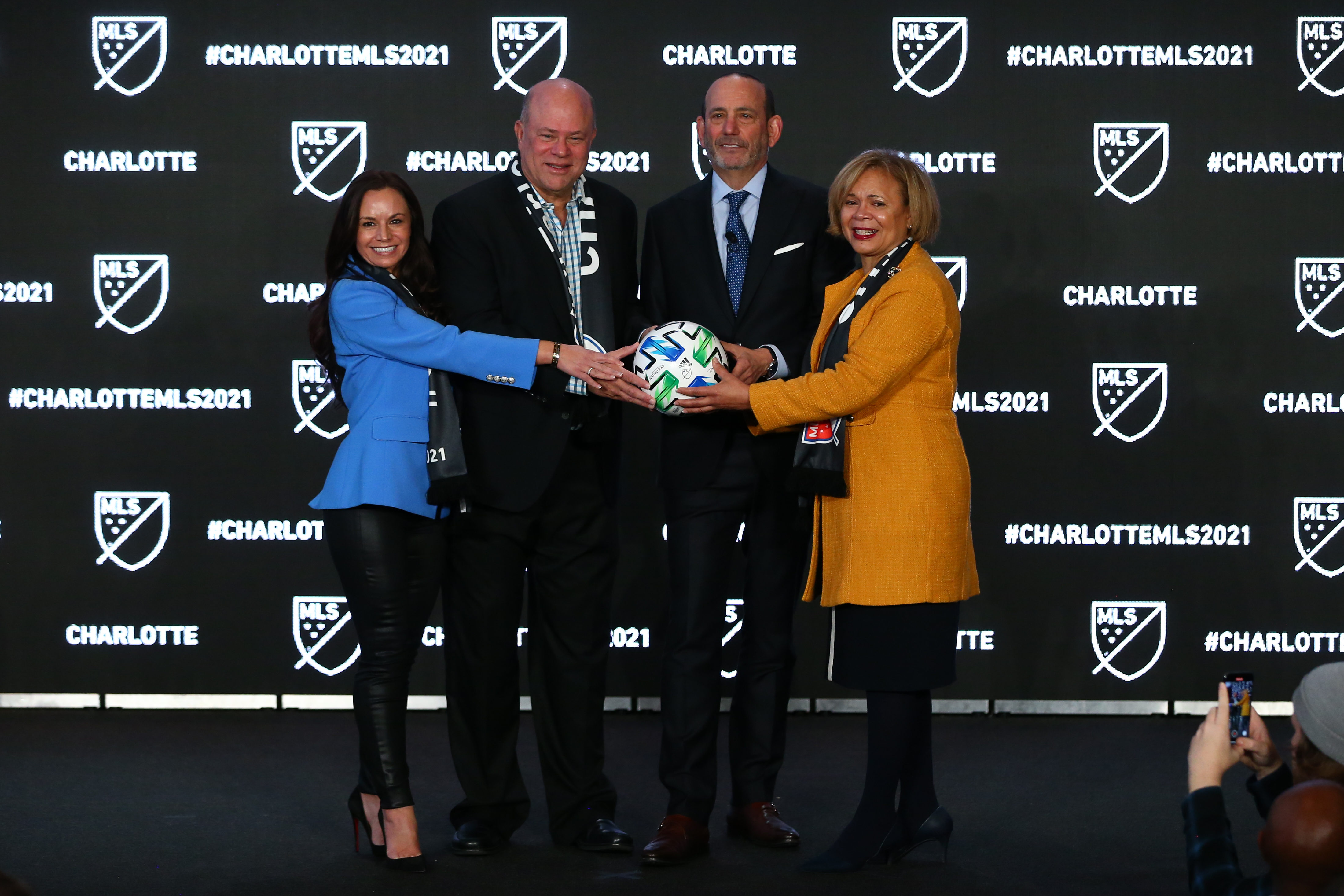 Major League Soccer awarded a franchise to play in Charlotte, North Carolina earlier today, making it the 30th team in MLS. According to Commissioner Don Garber, this will likely be the last franchise awarded, at least for the time being. Garber went on to tout the potential financial growth of the league, no doubt justifying a record transfer fee of $325 million.  Yet the 28th and 29th teams to be awarded franchises in the past couple of months, St. Louis and Sacramento, paid just $200 million.  Has the value of the MLS as a league risen by 35% in the past two months? Or 65 times the original franchise fee of $5 million that investors paid in 1996 when the MLS began operations?

In purchasing an MLS franchise in Charlotte, David Tepper has touted the fact that seven million people live within an hour and a half drive of the Queen City, there are no major league teams that play in the city during the summer months, and he stated that the city has a fairly large Hispanic population that is not served by the other available sports.

His grand scheme calls for a new state-of-the-art stadium with a retractable roof to house both his NFL Carolina Panthers and the new MLS team, along with other sporting events and concerts.  While there is no public estimate on the price of this new stadium, Tepper paid $2.275 billion to purchase the Carolina Panthers in 2018 and has just spent another $325 million for the MLS franchise fee.  But while the Panthers have been playing in the NFL since 1993 and are an established commodity, Charlotte has had somewhat of a checkered past drawing fans to soccer venues.

The Carolina Lightnin’ team of the American Soccer League lasted just two years in the ’80s, and the USL’s lower division Charlotte Eagles, which folded a couple years ago into the Charlotte Independence and plays their home games at the Sportsplex in nearby Matthews, drew 31st out of 34 USL teams.  So, while the NFL’s Panthers have filled to 97.9% of capacity in 2019 despite a lackluster season, banking on a return of Tepper’s initial investment in his newly- purchased MLS franchise is more of a risky proposition.

Now the wealthiest investor in MLS with a net worth of $12 billion, one would think that Tepper’s business acumen is above reproach. Perhaps his investment is a labor of love as well, given that he has coached locally seven years in the youth leagues.  No matter what the reason, the overall value of the MLS has risen exponentially over the past year. Will the owners be rewarded with increased attendance and a more lucrative television deal, and the fans with an increase in the quality of play?