Falcons doing everything they can to save Dan Quinn's job 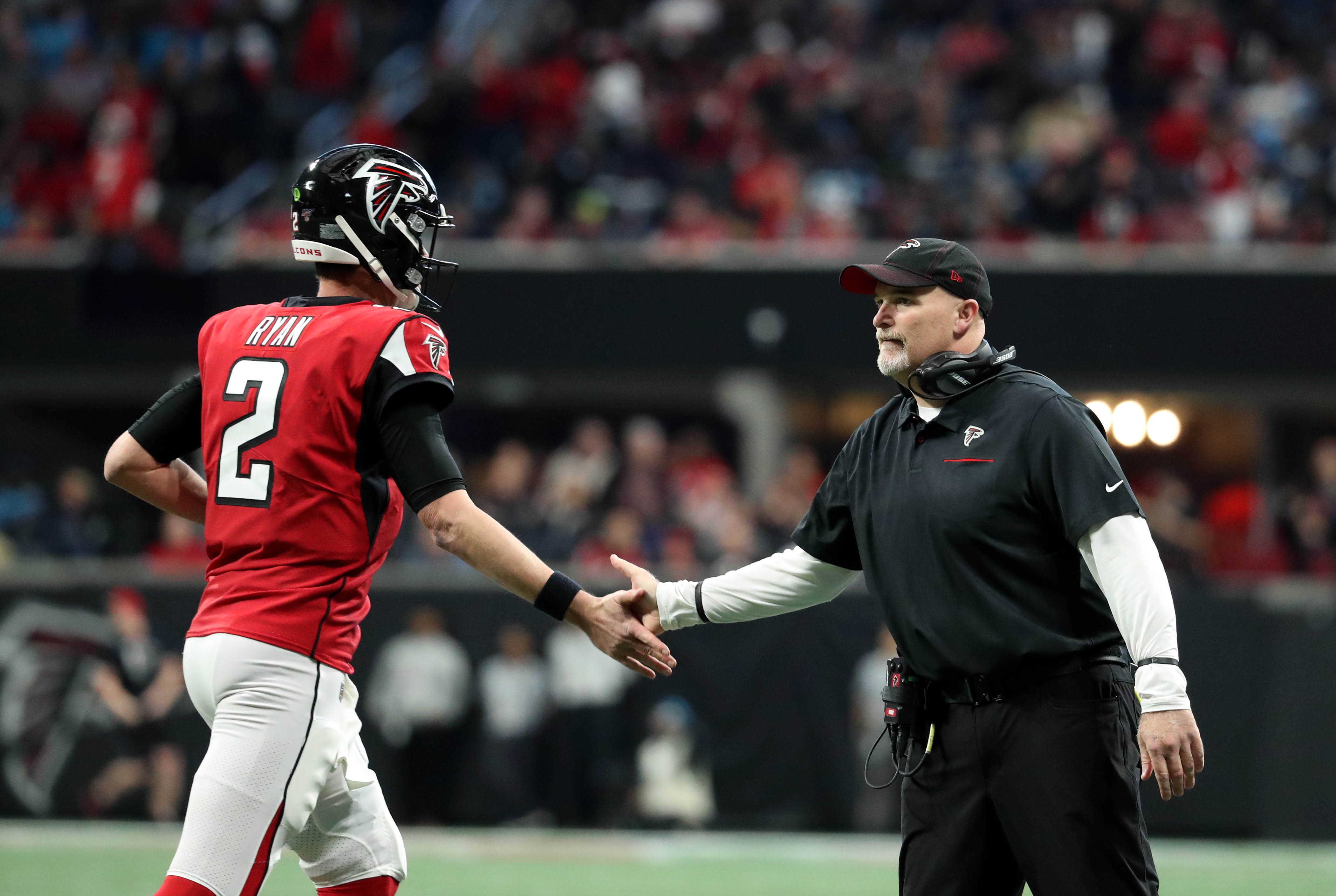 Falcons doing everything they can to save Dan Quinn's job

Despite winning four of the last six games, the damage has already been done in Atlanta. After a 1-7 start, the best the Falcons can hope for is another 7-9 finish, and that’s only if they can get past Jacksonville and Tampa Bay in the coming weeks.

For Dan Quinn, these last few games could mean the difference between keeping his job as head coach of the Falcons and joining Ron Rivera in the NFL unemployment line. Matt Ryan and the rest of the players are seeing to it that Quinn has the best chance to keep his job.

“He has the respect of the locker room and the guys play hard for Dan,” Ryan said during an interview on NFL Network. “There’s no question about it. We all appreciate everything that he does for us, the style of coaching, and he’s got great relationships with all of the guys in our locker room. So we love him. We are playing hard and doing everything we can for him.”

It wasn’t that long ago that Quinn had the Falcons in the Super Bowl. He led them to a 11-5 record in just his second year as a head coach, but Atlanta famously choked away a 28-3 lead to the New England Patriots in that game, and the Falcons lost in the divisional game to the Philadelphia Eagles a year later after finishing 10-6. But with no playoff appearances the past two seasons, it will be interesting to see what owner Arthur Blank decides.