What a Difference a Year Makes: Five Reasons the Packers are a Playoff Team in 2019 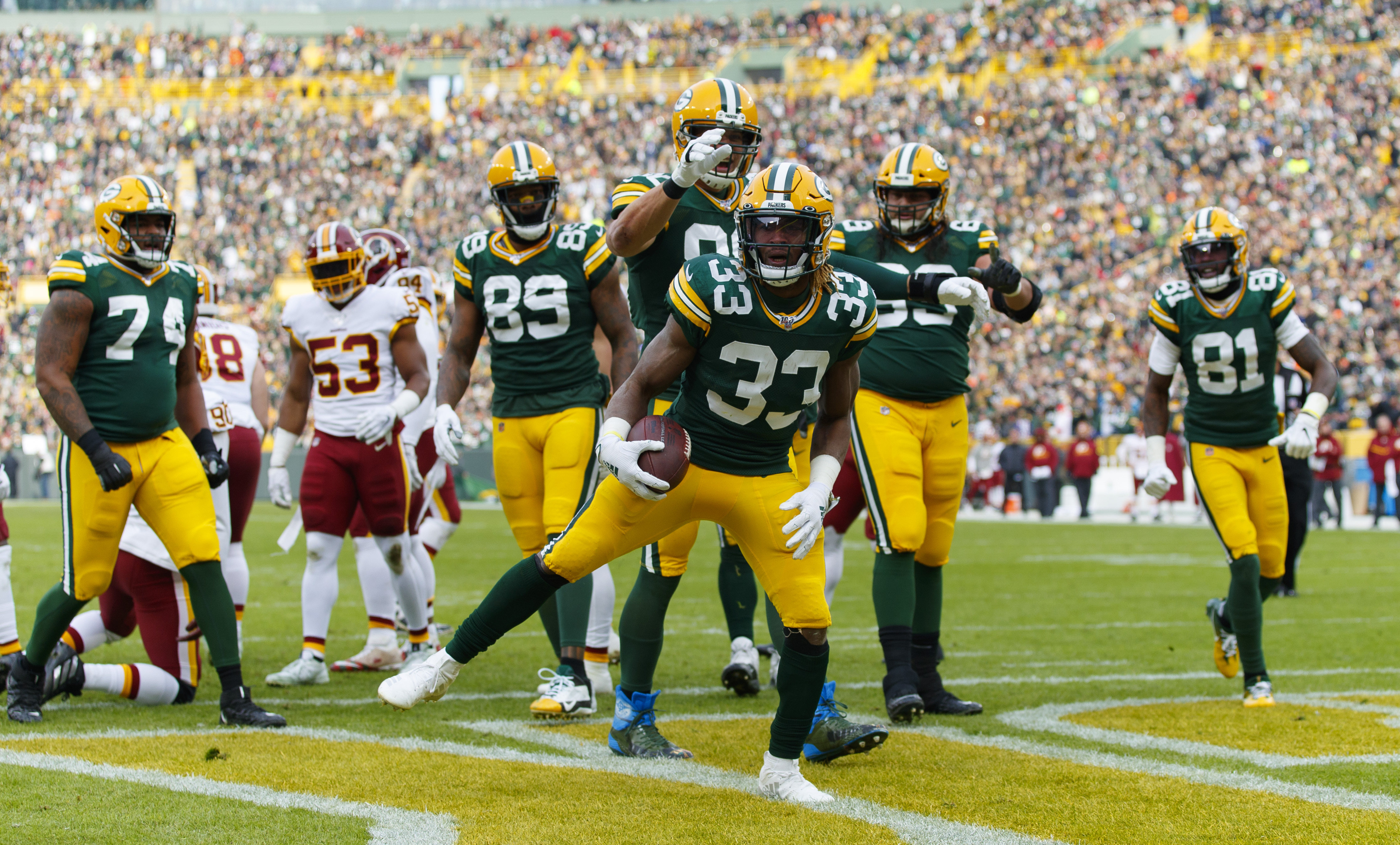 What a Difference a Year Makes: Five Reasons the Packers are a Playoff Team in 2019

What a difference a year makes. One year ago, the Green Bay Packers were a team in transition. They had an interim head coach and had just lost their Week 15 game to the Bears 24-17. The defeat dropped the Packers to 5-8-1 and eliminated Green Bay from playoff contention. It also clinched the NFC North title for Chicago.

Flash forward one year and the Packers and Bears again met in Week 15. This time, the Packers won 21-13 and clinched a playoff berth by improving to 11-3 on the season while the Bears were eliminated from playoff contention.

So, what changed in a year? Here is a look at the five biggest differences between the 2019 Packers and the 2018 edition.

A season ago, the Packers had just fired head coach Mike McCarthy after their December 2 home loss to the lowly Cardinals. Interim coach Joe Philbin had taken over and led the Pack to a win over Atlanta before the loss to Chicago ended any hopes of a late playoff rally.

McCarthy will rightfully go down as one of the great coaches in Packers history and will be a shoo-in for the Packers all of Fame. But his time in Green Bay had passed and the Packers needed to make a change after 13 years of the same coach.

This year, Matt LaFleur came in and made some changes that helped revitalize the team. First was a change in attitude that was badly needed after more than a decade of doing things the same way. The biggest change offensively was a bigger emphasis on the running backs, both running the football and as receivers.

Suddenly, Aaron Rodgers didn’t have to be the only reason the Packers won football games. Aaron Jones and Jamaal Williams did well with their extended roles and helped the offense become more diversified.

While the offense has still struggled at times, there are more ways for the team to move the football now and that is a big help for Rodgers and the team.

2. Mike Pettine Has More to Work With

GM Brian Gutekunst went on a free agent spending spree during the offseason and picked up three potential defensive starters in safety Adrian Amos and edge rushers Za’Darius Smith and Preston Smith. Then, in the draft, the Packers added another starter in the first round in safety Darnell Savage.

Pettine loves to mix his coverages and blitzes to confuse opposing quarterbacks and coaches and with these new additions, suddenly he had the talent to make that scheme workable.

In 2018, the Packers were injury depleted on defense, especially along the defensive line and in the secondary. The defense couldn’t execute Pettine’s system effectively and were often burned on long pass plays because players were inexperienced and/or out of position.

The Packers also didn’t get much production from their edge rushers last season like Clay Matthews and Nick Perry. This year, Za’Darius Smith and Preston Smith both have more than 10 sacks each already and have done a good job pressuring opposing quarterbacks even when they don’t collect sacks.

While the 2019 defense still has its issues, it is significantly more talented and more productive than the 2018 team. And the results speak for themselves. In 2018, the Packers ranked 22nd in the league with 25.0 points allowed per game. This season, the Packers are presently 9th in the league allowing just 20.2 points per contest.

3. Aaron Jones Has Become the Packers Go-To Player in the Red Zone

Last season, the Packers emphasis near the end zone was to let Rodgers find an open receiver and pass the football. That usually meant Davante Adams getting open in the end zone.

This season, the Packers have another strong option in the red zone in running back Aaron Jones. Jones now has 17 combined touchdowns this season (14 rushing and three receiving) after scoring nine last season.

The Packers ability to hand the ball off to Jones has helped make them one the most efficient teams in the red zone this season. In fact, through 14 games, the Packers are second behind the Titans with a 68.9 percent touchdown percentage when they enter the red zone. Last season, the Packers were 14th in the league with 61.7 percent efficiency.

4. The Packers Have Stayed Healthier This Season

Injuries effect every team in the NFL every year, but the Packers have far fewer key injuries in 2019 than they did a year ago.

By the end of last season, the Packers had lost all three of their starting defensive linemen to injuries, Aaron Jones and Davante Adams missed late season games, Geronimo Allison missed most of the season, Randall Cobb missed significant time with an assortment of injuries, rookie Oren Burks missed a good portion of the season, Kevin King only played six games, Nick Perry missed seven contests and the secondary finished the season without Jaire Alexander and  Ibraheim Campbell. The Pack also released former starters like Kentrell Brice and Jermaine Whitehead and traded away Ha Ha Clinton-Dix midseason.

Rodgers also played the entire season hurt although just how significantly he was injured wasn’t revealed until after the campaign was over.

This season, Green Bay has been significantly healthier. Yes, offensive guard Lane Taylor was injured early in the season, but rookie Elgton Jenkins has been outstanding as his replacement. Adams missed four full games with his turf toe injury and Kevin King and Darnell Savage have each missed two games, but other than that the Packers mainstays have remained on the field.

This has helped the Packers a great deal in 2019.

5. The Schedule Is Easier This Year

It may not seem like it on paper, but the Packers have faced fewer elite opponents in 2019 than they did a year ago.

This year, the Packers will likely face only five playoff-bound opponents (Minnesota twice, either Dallas or Philadelphia, Kansas City and San Francisco and the Packers played the Chiefs without Patrick Mahomes).

The 2019 schedule was by no means easy, but the Packers played a few teams at opportune times and had a few other opponents stumble unexpectedly (like the Bears, Panthers and Lions).

Overall, the 2019 Packers are a better all-around team than their counterparts of a year ago. They have more talent, a better attitude, they’re healthier and have caught a few breaks along the way. These factors have made the difference between a 6-9-1 season and a playoff year with at least 11 wins in 2019.