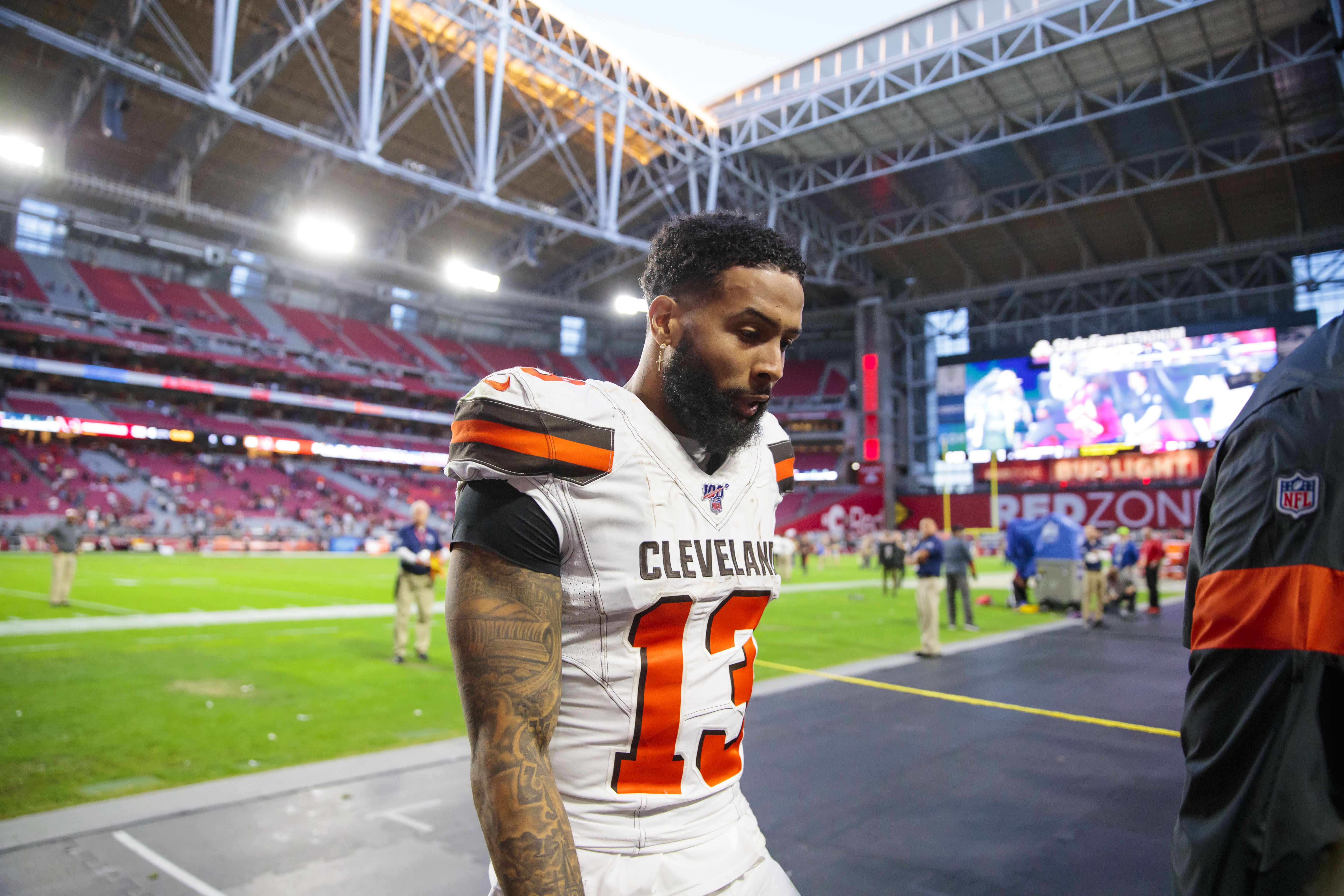 Browns receiver Odell Beckham Jr. has intimated that he wants out of Cleveland, in comments he’s made to reporters, and by his behavior on the field — via body language and gestures.

That’s been going on for a few weeks now, even though it was just a few months ago that he stated he wants to be a member of the Browns for life, shortly after getting his wish in being traded out of New York.

But now, all of a sudden — possibly because Browns coaches and/or management stepped in — he told reporters that he’s “not going anywhere” on Wednesday.

“I’m not going anywhere. I’ll be here,” Beckham said, via Nate Ulrich of the Akron Beacon Journal. “We’re going to figure this thing out. It’s just too special to leave.”

It sure seems as if the team is quietly shopping him behind the scenes, and doesn’t want to come off as desperate, which would essentially lower his trade value, and possibly result in the Browns getting less in return. Or, maybe the team does want to give Beckham at least one more season before moving on — which would likely indicate that head coach Freddie Kitchens would be fired, in that scenario at least.

Either way, the next few months will be extremely interesting, so we’ll see what the Browns end up doing over the offseason, due to what has been an extremely disappointing 2019 campaign.