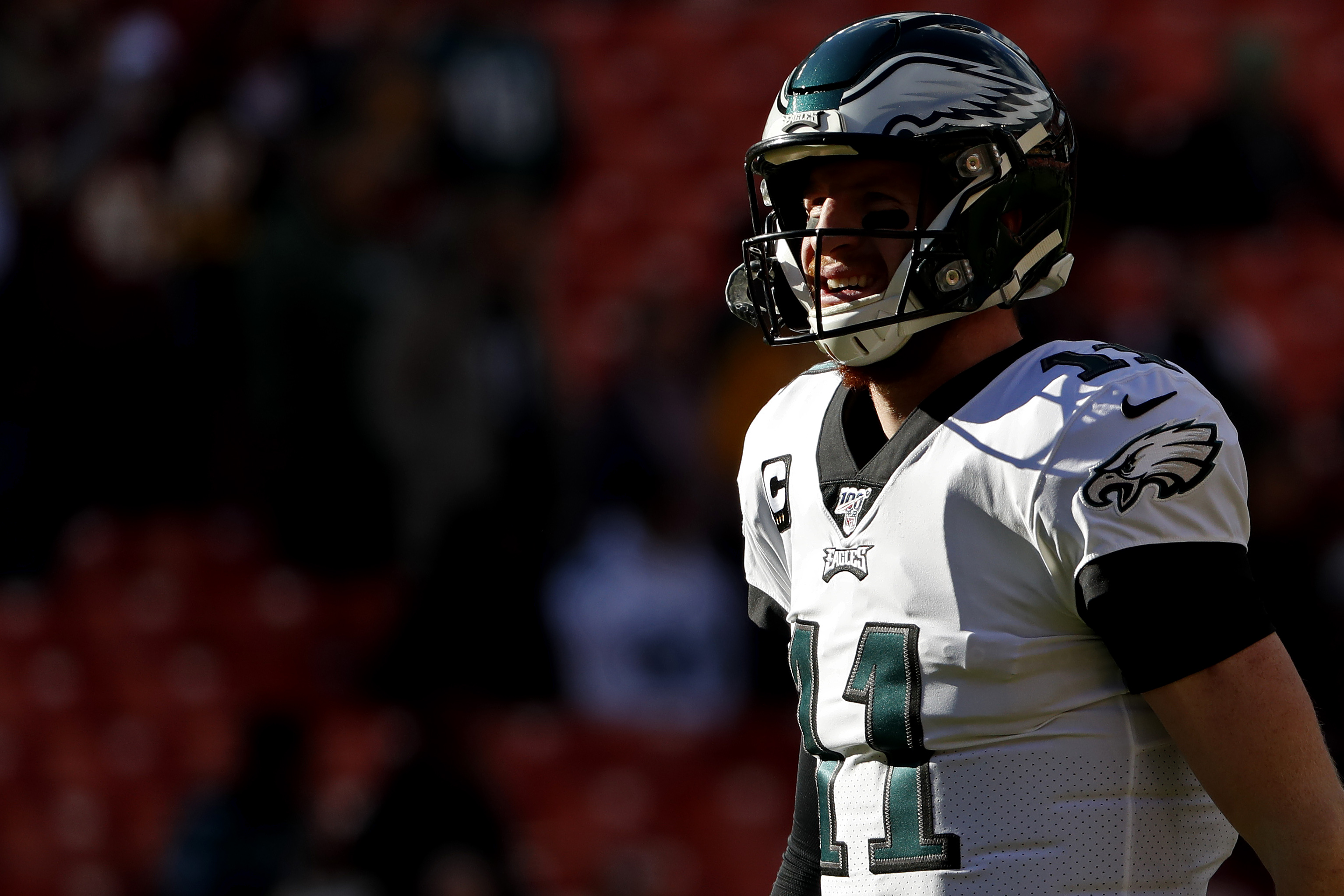 For the third consecutive week, the Philadelphia Eagles (7-7) are in must-win territory. However, this Sunday’s game against the Dallas Cowboys (7-7) is unlike the previous two games for the Eagles and quarterback Carson Wentz.

If the Eagles defeat the Cowboys, they will take sole ownership of the NFC East. However, if they lose on Sunday at Lincoln Financial Field, the Cowboys will win the division for the second-straight season.

On Wednesday, the fourth-year quarterback was asked by reporters if Sunday’s game was the biggest game of his career.

“You could probably say that,” Wentz said via the team’s website.

“I mean, it’s definitely a big game. We know the situation. We know what’s going on. At the same time, we’re treating it as another game and we’re aware of everything. We’re real excited and for one, I’m real excited that we’re at home. I know these fans are going to show up and be loud. I can’t wait until Sunday afternoon.”

In last Sunday’s game against the Washington Professional Football Team, Wentz took his game to another level in the fourth quarter, let alone the second half.

In the final quarter, the fourth-year signal-caller was a perfect 11-of-11 for 89 yards and two touchdowns.

Carson Wentz in second half

Nevertheless, if the Eagles can get that same type of performance from Wentz on Sunday, they will take it without a doubt. However, his teammates also know that they also have to do their jobs as well.

Even though Ertz is right in what he is saying, everybody knows that Sunday’s outcome, whether win or loss, will be pinned on Wentz’s shoulders.