Four Packers Who Deserved to Make the Pro Bowl This Season 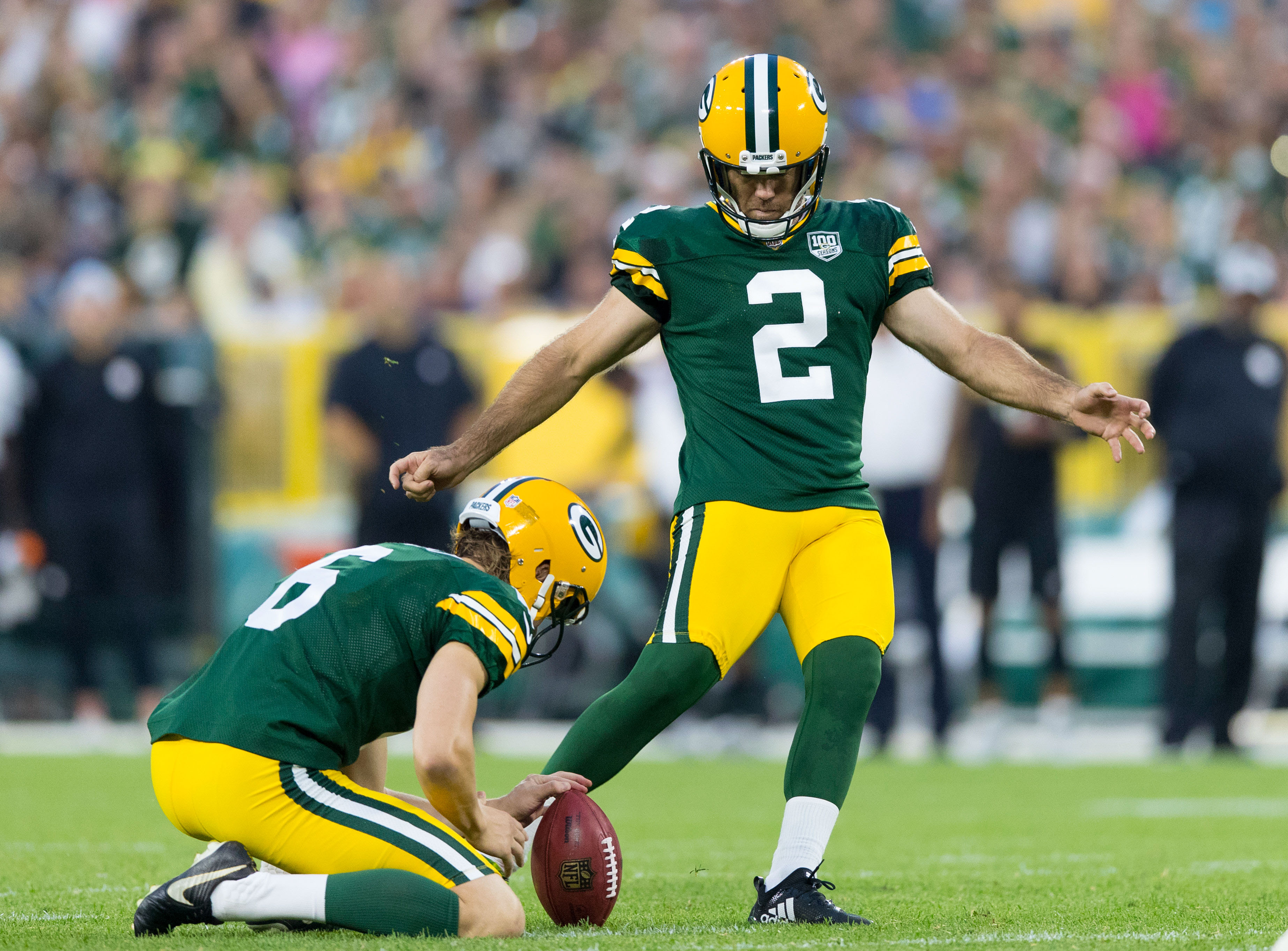 Four Packers Who Deserved to Make the Pro Bowl This Season

The NFL announced the preliminary rosters for the Pro Bowl this week and only two Packers players made the initial cut: quarterback Aaron Rodgers and left tackle David Bakhtiari. Ironically, both players made the game more on their reputations than on their 2019 performances.

There were, however, several Packers players who deserved to be named to the NFC Pro Bowl roster but did not make the cut.

Za’Darius Smith has been a force at edge rusher and linebacker for the Packers all season. The fifth-year pro out of Kentucky has a career high 10 sacks through 14 games and has done a good job of consistently putting pressure on opposing quarterbacks even when he isn’t actually bringing them down with the ball.

Za’Darius has also been a major reason for the improved attitude and cohesiveness in the Green Bay locker room this year. He deserved to make the team outright but was named as first alternate.

Preston Smith leads the Packers 11.5 sacks and has 52 tackles through 14 games. He also intercepted one pass and has been credited with breaking up three passes when he drops back in coverage.

Like Za’Darius, Preston has been a leader in the locker room since signing with the team as a free agent in the offseason.

Preston consistently excellent play, positive attitude and enthusiasm have been a big reason for the Packers success this season.

Jones deserved to make the team outright but was named as an alternate. The UTEP product is tied for the NFC lead with 14 rushing touchdowns and has also added three more scores as a receiver. Jones has been the lynchpin for the Green Bay offense this season and has seen his role increase in Matt LaFleur’s offense.

Jones does not get as many carries as the players who made the team ahead of him, but he is just as effective running the football and is a better receiver than both Dalvin Cook and Ezekiel Elliott.

If Jones gains 170 yards on the ground in the Packers final two games, he will become the team’s first 1,000-yard rusher since Eddie Lacy in 2014.

Crosby has had a nearly perfect season for the Packers, making all 38 of his extra points and 16-of-17 field goals through 14 contests. His kickoffs have also been consistently good throughout the season.

Crosby has played this well despite dealing with several family health issues including the recent passing of his sister-in-law and his wife’s battle with cancer.

The Packers all-time leading scorer leads the NFC in field goal percentage but was passed over for Saints kicker Wil Lutz. Lutz has missed four field goals and one PAT despite having the advantage of kicking indoors in New Orleans while Crosby kicks outdoors in the cold at Lambeau Field.

Bulaga had a very strong start to the season and has started all 14 games thus far despite playing through several nagging injuries.

He did not allow a sack until the middle of the season and despite shaky games against the Chargers and 49ers, has been a consistently good performer for the team throughout the season.

Alexander is a half-step below Pro Bowl caliber at this point in his career. Perhaps the biggest obstacle facing the second year Louisville alum is his lack of interceptions. Alexander has just two picks this season, well below the kind of numbers that usually result in Pro Bowl berths.

Overall, Alexander has been good in coverage and leads the Packers with 16 passes defensed. He has been in on 51 tackles so far this season while starting all 14 games.

Clark had a strong performance in the first two games of the season and then cooled off a bit until the last three or four games. While he is playing nearly every down, his tackles for loss and sack totals are down from last year. The interior lineman position is also a crowded one when it comes time for Pro Bowl balloting.

Clark was named an alternate which is most likely where he belongs this season.

If Adams hadn’t missed four games due to a turf toe injury, he had a good chance to make the team. His touchdown catches are also way down this season in part because of the time he missed and partially due to the Packers ability to run the football in the red zone in their new offense.

Adams was on pace for a 100-catch season if he played in all 16 games, but he was named an alternate which was appropriate given his reduced statistics and playing time this season.

Centers don’t have traditional statistics like many other positions, but Linsley has been a consistently strong run blocker and good pass blocker for most of the season. One or two poor games relegated Linsley to alternate status behind Philadelphia’s Jason Kelce and Travis Frederick of the Cowboys both of whom have more established reputations.

Of course, the Packers hope none of their players will be able to play in the Pro Bowl, which is scheduled to take place on January 26, 2020, in Orlando. The players from both Super Bowl teams will not play in the game as they prepare for the NFL’s annual title game.