Wizards get lackadaisical and fumble away game to Bulls 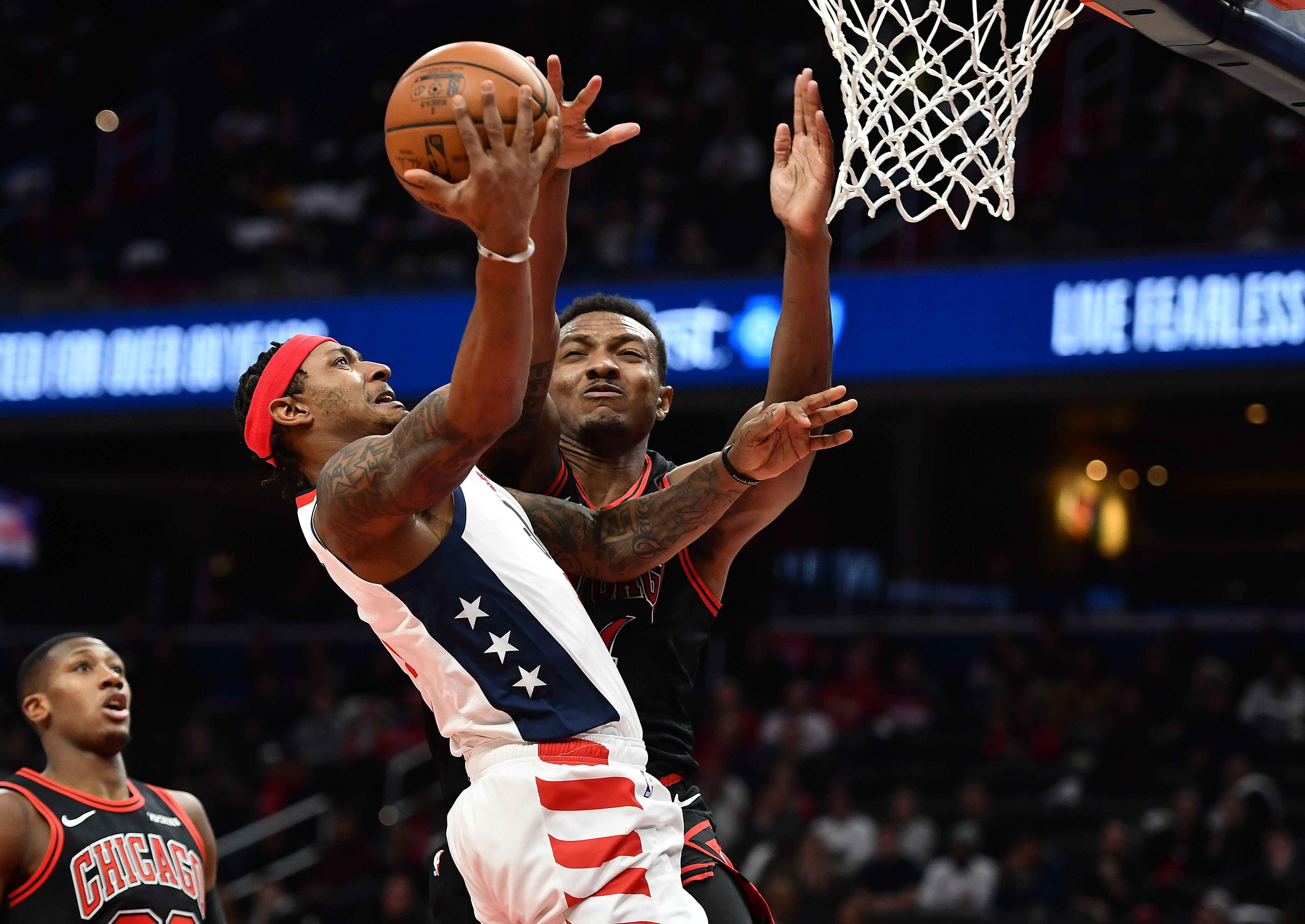 Wizards get lackadaisical and fumble away game to Bulls

The Washington Wizards are not going to make the playoffs during the 2019-20 season as they are already 10 games under .500. The latest loss comes in a heartbreaker against Tomas Satoransky and the Chicago Bulls at Capital One Arena. Washington was up 18 points, 93-75, with just over eight minutes to play. Then disaster hit. The road team ended regulation on a 23-5 run to force overtime.

The Wizards made countless blunders to close the game. Davis Bertans got caught being too aggressive at the end of the fourth quarter and fouled Zach LaVine with 5.5 seconds left on a three-point attempt that tied the game at 96. After a clutch bucket from Bradley Beal, Isaac Bonga was called for a ticky-tack foul with 0.5 seconds left again allowing LaVine to tie the game from the free-throw line. Sometimes you expect the officials to swallow their whistles in those kinds of late-game situations, but the fault still lies with Washington. The Wizards were a miserable 1-for-13 from the field over the last eight-plus minutes of regulation before Beal’s seemingly game-winner that was then not.

“We just got lackadaisical down the stretch. We were up 18, or whatever it was, and just got stagnant. We got lackadaisical on the defensive end, gave them a couple of threes, and they got back in the game,” Beal said in a demoralized mood.

The franchise shooting guard was a miserable 4-for-19 from the field including 1-for-19 from beyond the arc. To his credit, Beal was fouled from my vantage point by Wendell Carter Jr. on his initial shot attempt at the end of overtime before getting another chance seconds later that barely fell short. After a ridiculous six three-pointers in the first half, Bertans only got up five shots in the second half and overtime. That is borderline inexcusable no matter how much attention Chicago started paying to him after halftime adjustments.

“I think we may have depended on Brad [Beal] too much,” Isaiah Thomas contemplated. “I definitely need to go back and watch the film, but we just didn’t execute like we did to get us the lead, and I think that hurt us. That was probably the biggest thing. We played like we were stalling for whatever reason, playing against the shot clock and hoping to make the shot at the end of the shot clock. We just have to learn from this game, especially when we’re leading in the fourth quarter. We have to continue to execute, continue to play with pace, get the ball side-to-side and make it hard for the defense to get stops.”

Without the likes of John Wall, Thomas Bryant, Rui Hachimura, C.J. Miles, Moe Wagner, and Jordan McRae currently, the Wizards roster is absolutely stripped to the bone. Guys who should probably be developing with the Capital City Go-Go are getting extensive rotation minutes right now. That includes Admiral Schofield, Isaac Bonga, Garrison Mathews, and Anzejs Pasecniks who was making his NBA debut and had to play 28 minutes. That is obviously a roster that is going to have their fair share of issues, but there is no beating around the bush. The Wizards blew this game in embarrasing fashion.