Your Morning Dump... Where these hospital Celtics remind us of both the '07 Big Three, and the 2018 Hornets 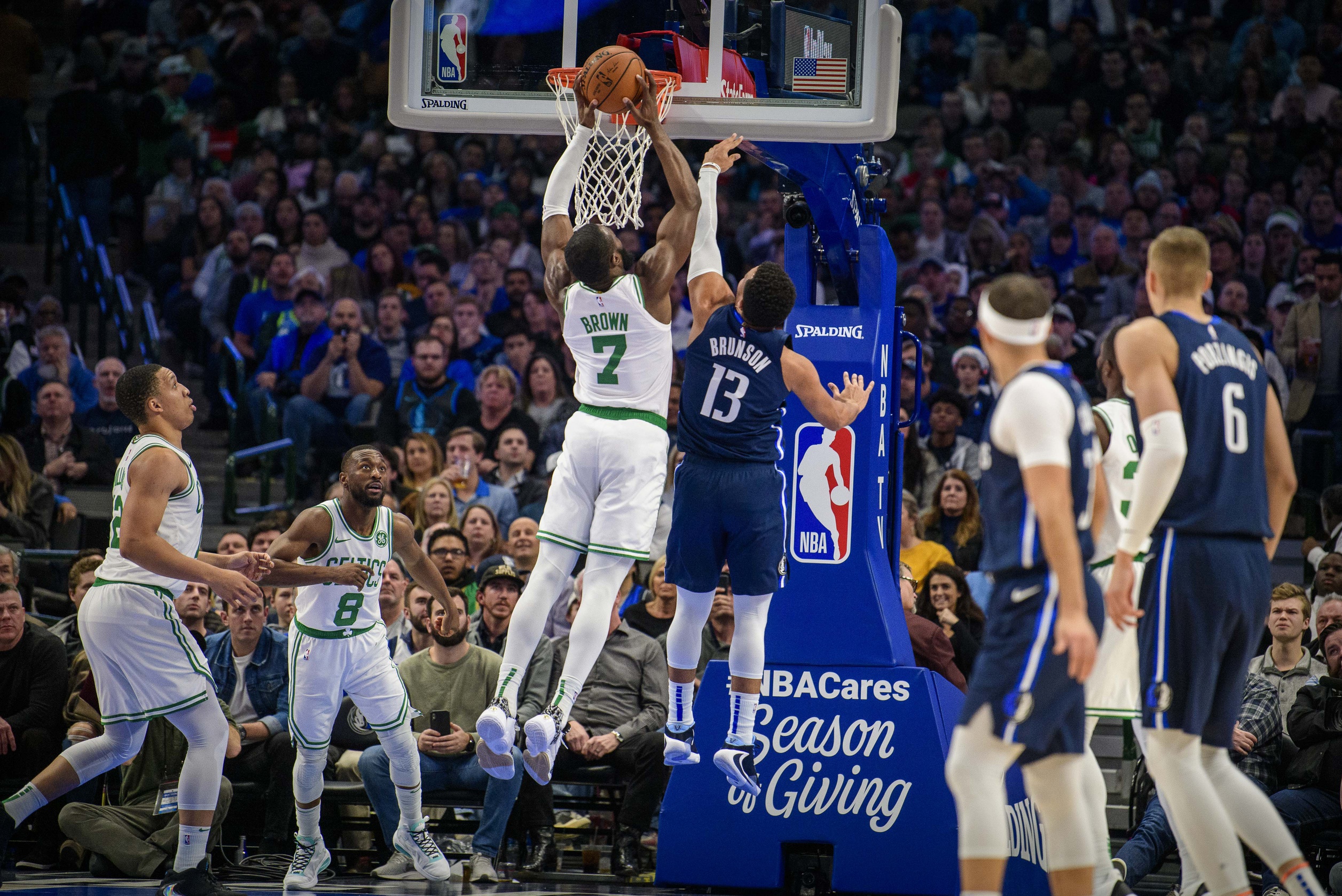 Your Morning Dump... Where these hospital Celtics remind us of both the '07 Big Three, and the 2018 Hornets

But the pile of absences put pressure on that trio to score a heap of points and on Stevens to figure out how to get by with some wonky lineups. Late in the first quarter, he unveiled a group with rookie Romeo Langford, who had played less than a minute this season; Javonte Green, who has received six DNP-CDs already; and a frontcourt of Grant Williams and Enes Kanter. While figuring out the rotation before the game, the Celtics coaching staff had essentially decided to put an entire offense on Walker’s back, allowing the team to sit several other starters at the same time.

“That was the ‘12:30, you get a text that Gordon’s not playing, how do we want to rotate tonight?’ (rotation),” Stevens said. “And with Kemba’s ability to play off simple actions, we can play off simple actions and guys can just space and play off of him. And that makes it so that he can play without those other guys on the court and we can keep things simple. Because the other thing is you might have guys playing a little bit out of position or in spots they weren’t going to play normally, so they may not be as good at running all of our stuff as some of the guys who play more often.”

“I thought (Walker), Jayson and Jaylen all got really timely baskets,” Stevens said after the game. And it makes them decide – when they put (Dorian) Finney-Smith on Kemba, that’s a decision that takes a big wing off of Jaylen or Jayson. So Jaylen can get some of that stuff at the rim. Jayson was able to get some stuff in the paint and at the rim.”

All that talk about getting the Celtics 5 best players together on the court? Every time it seems like that vision is close to actualization, another one bites the dust. It’s like trying to build the perfect Lego tower, but right as you’re reaching for that last piece, your dog runs into the room and knocks it over.

This time last week, the Celtics got the green light for Gordon Hayward to play against Philly, but then found out that Marcus Smart’s mysterious eye infection had spread to his other eye. He, of course, still isn’t back, but now as he nears his return, there comes news that Gordon Hayward could miss significant time with a foot injury that won’t heal.

And so, at times last night, the Celtics reminded me of their most recent big three, in running everything through Kemba, JB and Tatum. No, that big three cannot and likely will never compare to the Big Three from earlier this decade, but the offensive game-plan last night showed similarities.

But then at other times, the Celtics looked like the Charlotte Hornets from the last five years. Kemba Walker and a bunch of guys. As scary as that might sound, that was the formula that put Kemba on an All-NBA team last year, and that may have ben something Brad Stevens was considering, too. Because he used Kemba and the Hornets in lieu of another secondary line-up that hadn’t been working lately:

For weeks, Stevens has had to mix and match with lineups that featured limited firepower with Hayward sidelined over the month of November. One of his favorite looks has been a Tatum plus bench players grouping and Stevens turned to it again early in this one. Like last week in Indiana, it was a dead-end offensively. The unit combined for just five points in the first five minutes of the second quarter as Walker and Brown rested, setting the stage for a 10-point deficit late in the second quarter.

The Celtics chipped away at the deficit with Walker/Tatum/Brown back together, trimming it to five at halftime but still found themselves down four with just over four minutes remaining in the third quarter and some big bench minutes looming. At this point, Stevens made the choice to buy some rest for Tatum and Brown by essentially sending his entire bench to play with Walker (Kanter, Wanamaker, Green, G. Williams) for the final four minutes of the third quarter.

The choice was a savvy one by Stevens. Walker has a history of carrying weak offensive weapons for years in Charlotte and the Celtics drew from that during this critical sequence.

“With Kemba’s ability to play off simple actions, we can play off simple actions and guys can just space and play off of him,” Stevens said. “You might have guys playing a little bit out of position or in spots they weren’t going to play normally, so they may not be as good at running all of our stuff as some of the guys who play more often.”

Hopefully, soon, the Celtics don’t have to trot out the lite versions of the 2012 Celtics or 2017 Hornets. But with a rash of injuries torpedoing the team’s best laid plans, they’ll have to gut things out with what they’ve got.

Kendrick Perkins was on the call with Kyle Draper and Brian Scalabrine for Wednesday night’s Boston Celtics-Dallas Mavericks matchup on NBC Sports Boston, and he did not disappoint.

Perk had plenty of A+ one-liners throughout the game, but his best may have come in the third quarter when he compared Celtics rookie Grant Williams to his ex-C’s teammate Glen “Big Baby Davis.

“[Williams] kind of reminds me of Big Baby without the six personalities,” Perkins quipped.

Big week in the spotlight for the ’08 champion Celtics. First we’ve got all the hype around Kevin Garnett’s Hollywood debut, and now we’ve got Kendrick Perkins in the booth. Admittedly, I had the sound muted on the game last night while doing some other things, so I didn’t get to hear this zinger, but I know Chuck wasn’t a fan of the broadcast trio overall:

I had to switch to ESPN. The local crew is a tough listen.

Again, I wasn’t listening to all of this, but when I first turned the game on and heard Kyle Draper, my heart sunk a bit. Look, no offense to Draper, but that’s a Hall of Famer he’s trying to replace, whose voice has narrated Celtics games for four decades. It doesn’t matter who you are, you have Shaq-sized shoes to try and fill.

But, um, let’s also maybe slide Grande in to TV in those situations?