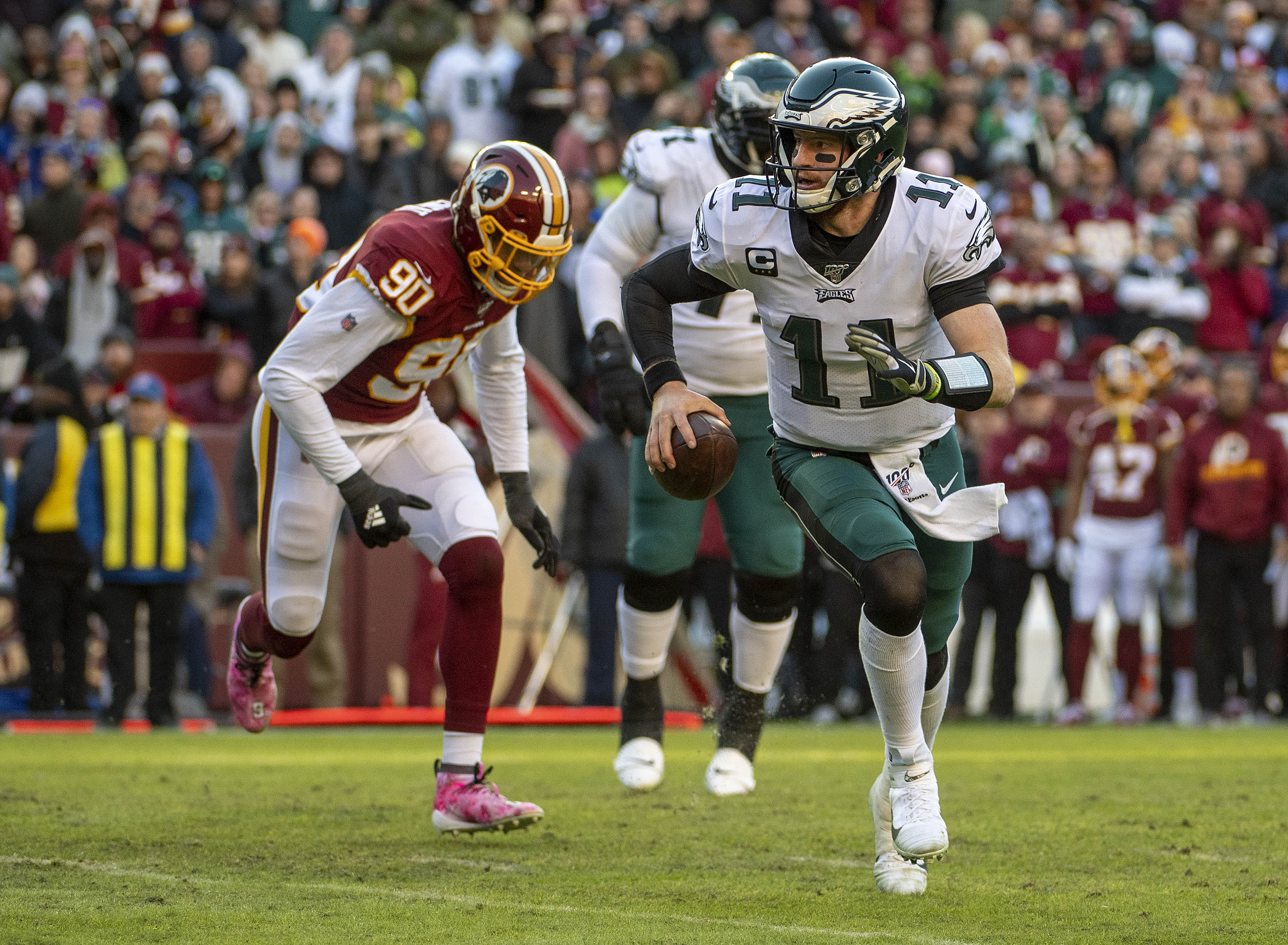 The Philadelphia Eagles (7-7) and Dallas Cowboys (7-7) have both had disappointing seasons, but still, have a shot at the NFL playoffs. On Sunday, the two teams will face off in a pivotal game for the NFC East crown at Lincoln Financial Field.

If Dallas were to win on Sunday, they would be division champions for the second-straight season. In regards to the Eagles, the playoff scenarios for them are very simple.

If they beat Dallas this weekend and the New York Giants in Week 17, then they will be in the playoffs. However, they can also get in by beating Dallas on Sunday and lose to the Giants in Week 17. But the Cowboys would have to lose next week against the Washington Redskins.

That being said, the key for Philadelphia is beating Dallas this week, and if they don’t they are out of playoff contention.

Now let’s look at the matchup between these two division rivals. The Cowboys come into Philadelphia having already beaten the Eagles earlier this season in Week 7, 37-10.

Cowboys running back Ezekiel Elliott had himself a day in the first matchup with 111 yards on the ground and a touchdown. The key for Philadelphia’s defense will be to contain Elliott and to not let him get going on the ground.

The huge x-factor in that game at Jerry World was the turnovers. Philadelphia gave the ball up four times, with Dallas only giving it up once.

Therefore, a key stat to look for going into Sunday’s game will be who wins the turnover battle. If the Eagles want to win, they must take care of the football and not turn it over like last time, which allowed the Cowboys to jump out a quick 14-0 lead.

Another big factor will be the health of each team heading into Sunday’s game. For the Cowboys, Prescott has been a limited participant in practice due to a right shoulder injury.

He is still expected to be ready for Sunday, but it is something to watch out for. On the defensive side of the ball, linebacker Sean Lee and defensive end Michael Bennett look to be on track to play as they were upgraded to limited participants in practice on Thursday.

For the Eagles, this season has been full of injuries. Linebacker Kamu Grugier-Hill was another name added to the Reserve/Injured list due to a lower lumbar disc herniation.

Eagles head coach Doug Pederson told reporters on Friday that he is “optimistic” about Johnson’s progress, but still have to play it smart.

Along with those two players, rookie wide receiver J.J. Arcega-Whiteside was shockingly added to the injury report on Thursday with a foot injury.

On Friday, Pederson said that the Arcega-Whiteside was held out of practice for precautionary reasons but will be good to play against Dallas.

Even with all the injuries, the Eagles are coming into this weekend’s game on a two-game winning streak.

In their last three games, Philly has scored over 20 points. It seems as if Wentz and the offense have finally started to click, despite all the injuries to the wide receiver unit.

In regards to the Cowboys, they defeated the Los Angles Rams last week in a blowout, 44-21, snapping their three-game losing streak. It was the first time this season that the Cowboys beat a team with a winning record.

That being said, it will be interesting to see how this game unfolds as the Eagles and Cowboys meet once again with the NFC East title up for grabs.