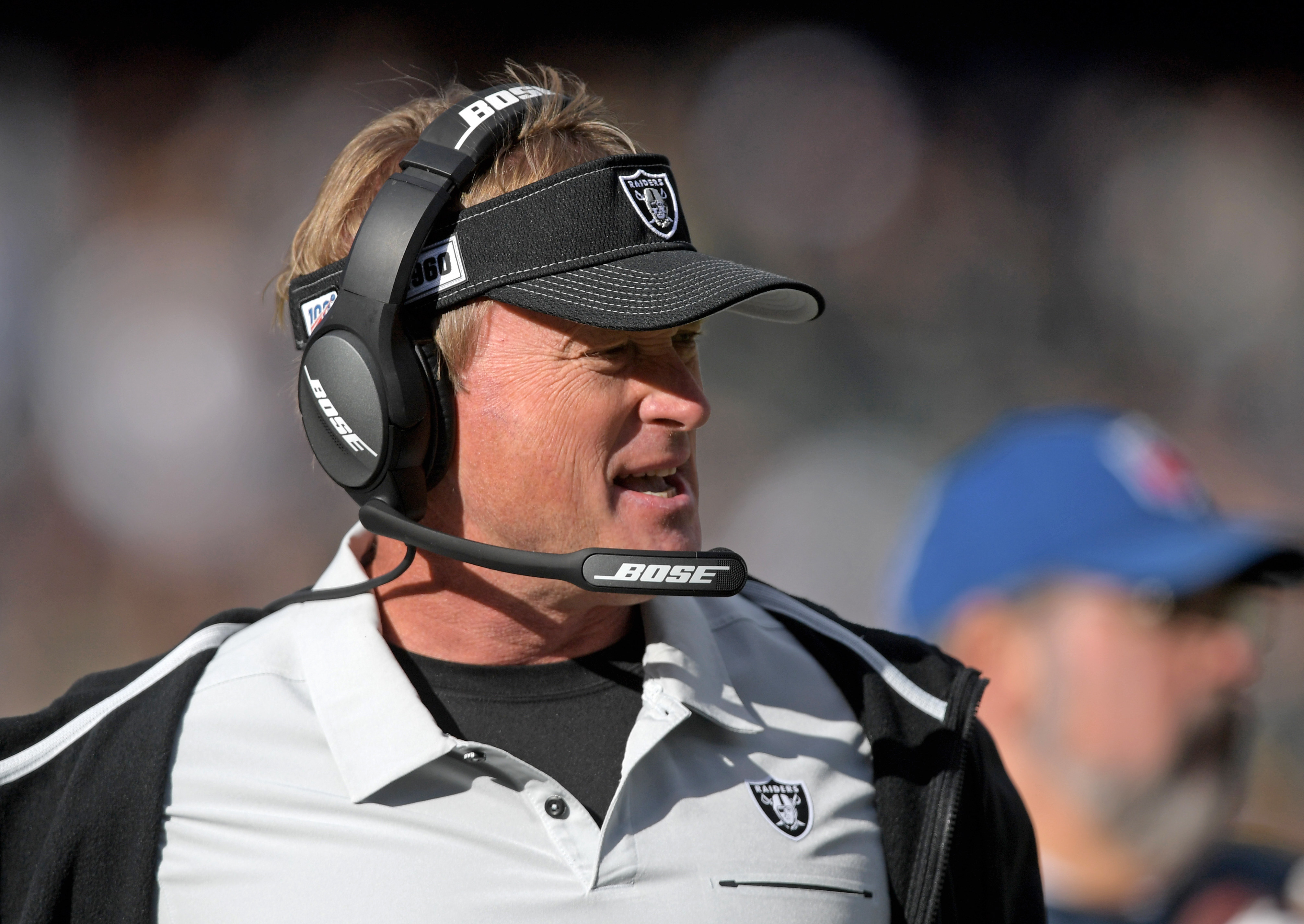 Derek Carr was booed off the field by Raiders fans after the team was embarrassed in its final home game in Oakland last Sunday, and they may not be the only ones souring on the team’s quarterback, either.

Carr and the Raiders offense was completely shut out in the second half of Sunday’s game, after scoring 16 points in the first two quarters. As for Carr, he was solid, but didn’t take shots downfield, which has been the knock on him the past few seasons.

This particular instance was a bit different, though, as Raiders head coach Jon Gruden even threw some major shade at his quarterback, in speaking to reporters.

“Well, I am getting old now,” Gruden said, via Vic Tafur of The Athletic. “I want to let it fly. I want to let the ball fly. I want big plays. I want excitement, you know. These bubble screens and checkdowns only go so far with me.”

He then elaborated on what he meant by that statement:

“I want to be aggressive, I want to try and make some big plays, especially if you’ve got the offensive line and the supporting cast to back it up,” he said.

In reading between the lines, it sure looks as if Gruden is looking to move on from Carr next season, and that he’s in favor of a strong-armed, mobile signal-caller instead. Time will tell, though, so stay tuned.