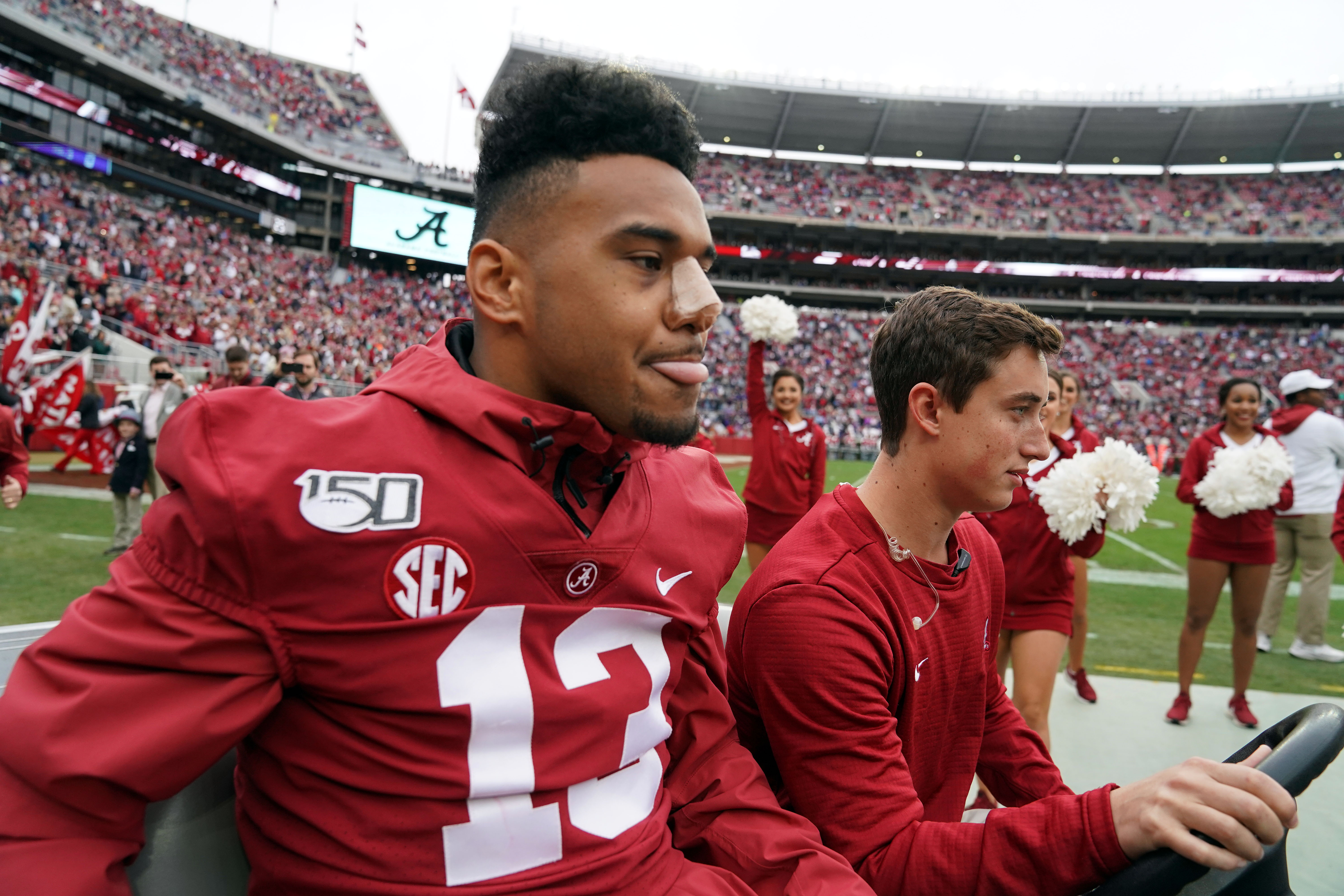 Alabama quarterback Tua Tagovailoa is still undecided as it relates to his NFL future.

He’s a junior, and does have another year of college eligibility remaining, if he chooses to pursue that route. At the same time, he had a successful career at Alabama, and given the major hip injury he suffered, there’s no way to know if he’ll return to form.

As such, it would seem that declaring for the 2020 NFL Draft would be the right option for him at present. However, the Dolphins have made it quite clear that they’re looking to draft Tagovailoa, if given the decision. The thing is that he’s hinted that he may not want to play for their organization, given all the dysfunction. As such, what he said on Thursday went viral, and sparked speculation among Phins fans.

It will be an interesting next few months for sure.