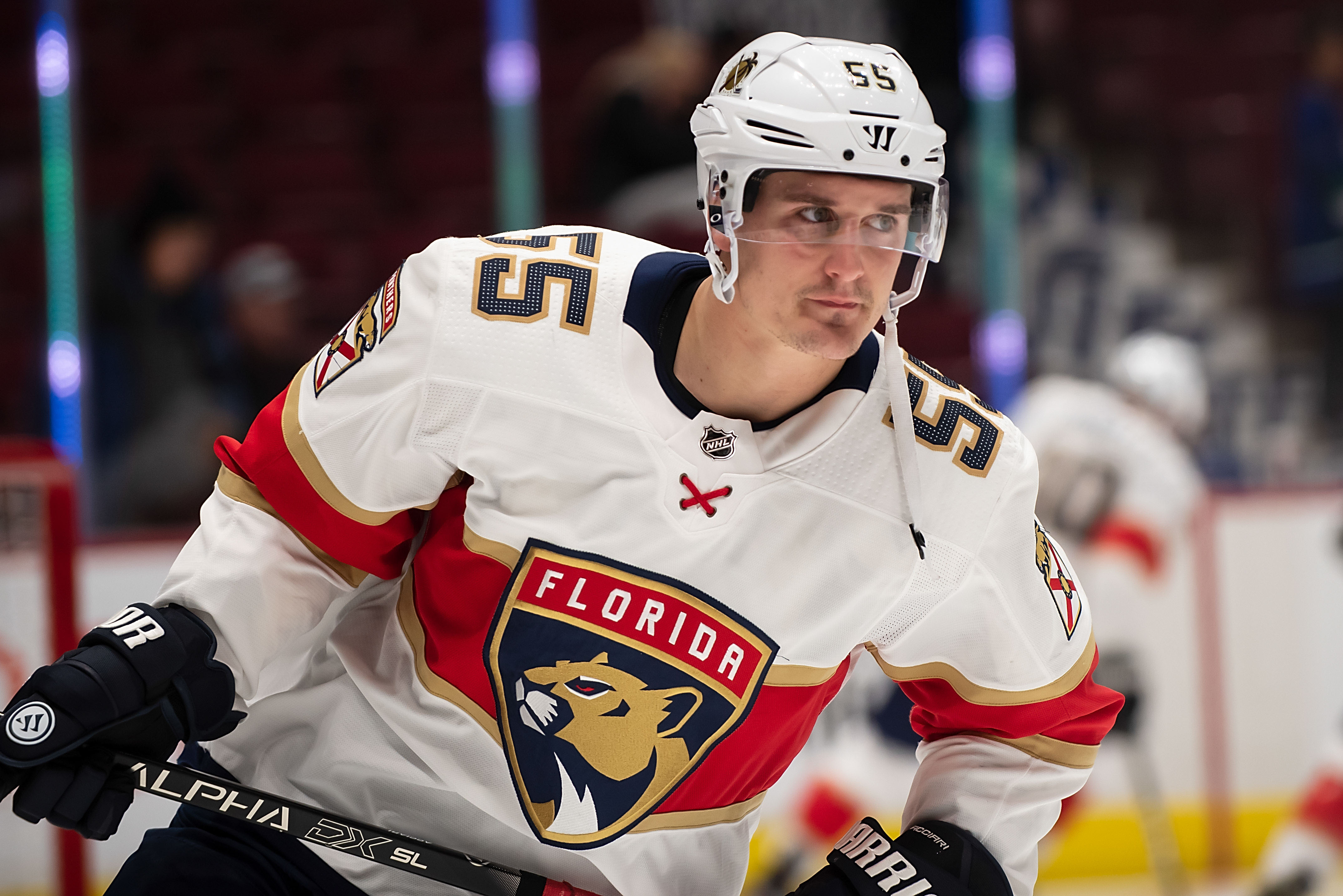 Noel Acciari of Johnston, RI has had quite simply amazing back-to-back games. After recording his first career hat trick on Monday in a 6-1 Panthers thumping over the Ottawa Senators, Acciari got another hat trick on Friday in a 7-4 Panthers win over the Dallas Stars at the BB&T Center in Sunrise, FL.

This string of back-to-back hat tricks has quite simply come out of absolute nowhere. In 29 games prior to Monday’s game against the Senators, Acciari only had five goals. Now he has 11 goals in 31 games.

In the Panthers win over the Stars on Friday, Acciari registered a second period natural hat trick, as the three goals came in a span of three minutes and 59 seconds. Acciari’s first goal was the game winning goal and came at 7:26 of the second period from Vincent Trocheck of Pittsburgh, PA and Jonathan Huberdeau of Saint-Jerome, Quebec, and put the Panthers up 5-1 at the time.

Florida then went up 6-1 as Acciari scored again from Huberdeau and Trocheck at 7:58 of the second period, only 32 seconds after scoring his first goal. Then Acciari notched the hat trick on a penalty shot. Acciari also gets credited with a shorthanded goal as he was hooked by John Klingberg of the Stars while Dallas won on the power play.

Acciari ended the game with four points as he also had a secondary assist on a second period goal by Trocheck, which made the score 3-1 Florida. Trocheck, Huberdeau and Panthers captain Aleksander Barkov of Tampere, Finland also had multi-point games for the Panthers. Huberdeau had one goal and three assists, Trocheck had one goal and two assists and Barkov had two assists.

The Panthers currently have a record of 17 wins, 12 losses and five losses in extra time for 39 points. They are one point back of the Toronto Maple Leafs and Montreal Canadiens for a playoff spot in the Atlantic Division.