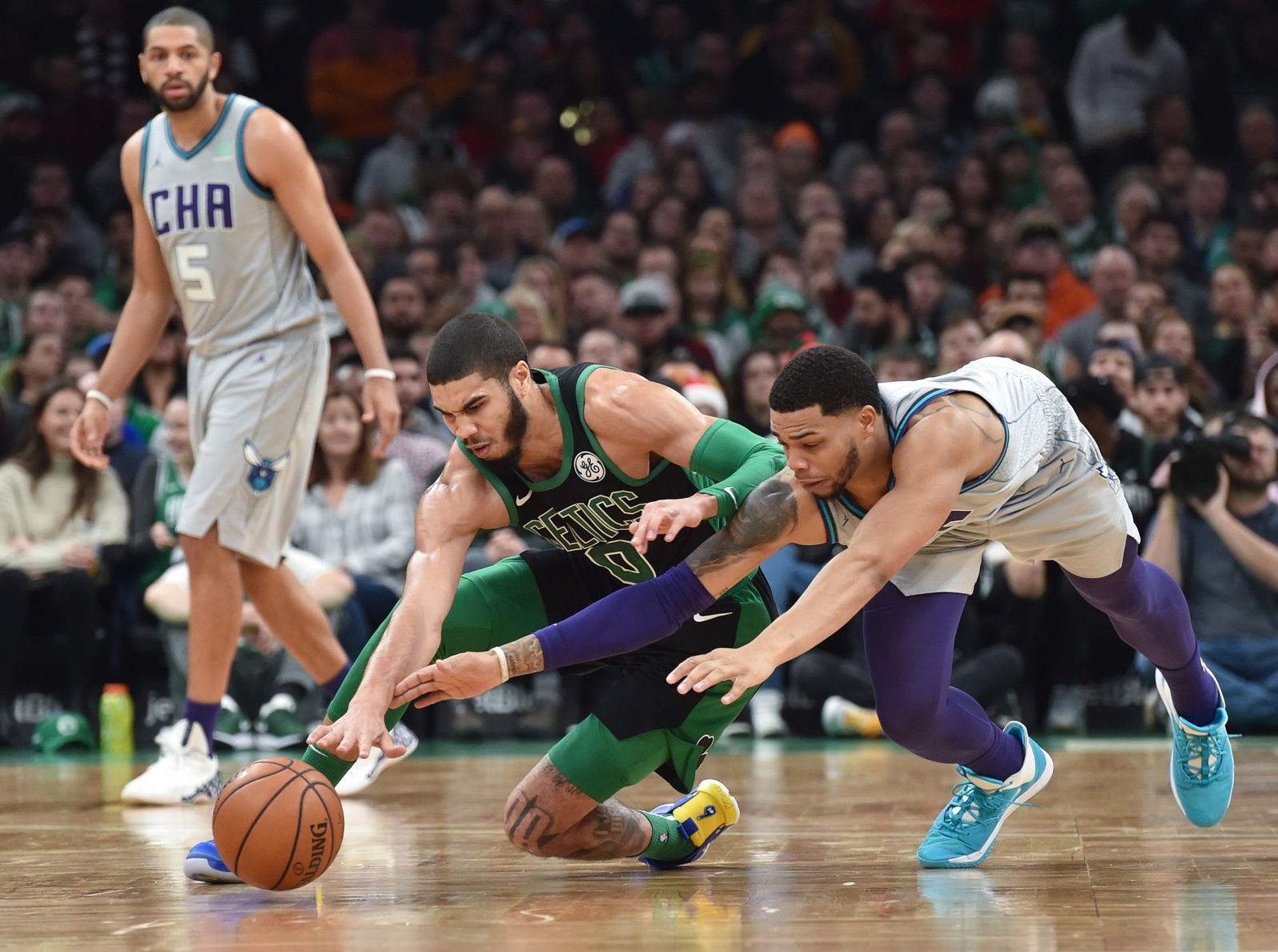 Jayson Tatum has been making his All-Star case throughout his last ten games, averaging an efficient 24 points per game while dishing out three nightly assists as well. It is his defense, however, that is catching the eye of head coach Brad Stevens.

Stevens quote on Tatum's defense: "I can't believe it's not talked about more, how good he is defensively. I think for whatever reason that gets lost in the shuffle, and how much effort he's been playing with all year. He's really become a great defender." https://t.co/bopWIRD2br

How is this blossoming forward thriving at that end of the court? The film divulges three main reasons for his development into a two-way threat. Tatum’s combination of IQ and effort, when paired with his ideal physical attributes, have led to his growing reputation as a defender.

This season, Tatum already has five games with between three to four steals. That matches his total from last year. He is on pace to surpass his block total from last season as well. What is the main catalyst for this rise in numbers? The answer could be found in Tatum’s game smarts.

The third year man is jumping passing lanes better than ever. The game looks a little slower for Tatum and opponents are paying for it. This steal of a Julius Randle kickout is particularly notable. Tatum trusts Daniel Theis to be waiting for Randle in the paint and it allows him to gamble on where the pass is going.

Tatum’s IQ is can be more clearly seen in this next clip. He positions himself in between two perimeter shooters. This allows him to guard whichever player receives the kickout. Watch him turn and face the ballhandler early into the drive and easily sniff out where this pass is headed.

Yet, this next play and its subtleties may be the most impressive. Tatum makes a decision common among defenders who have elite feel for the game. When he abandons his man to jump the passing lane, Tatum is in fact allowing for that same player to be open in the paint. Still, he trusts his instincts, reads Dorian Finney-Smith’s eyes and gets the steal.

Blending his IQ with applaudable effort only makes Tatum more impactful on defense. Any player who is willing to sprint around two screens (including one from a behemoth of a center) to sell out on a Tony Snell triple is going to get recognition.

Communication and effort typically act symbiotically. This is why the lengthy forward informs Theis of Andre Drummond’s whereabouts before sprinting from the restricted zone to the 3-point line to contest Svi Mykhailiuk’s jumper.

Perhaps what makes these two attributes so effective is Tatum’s measurements. At 6-foot-8 with a wingspan of 6-foot-11, he was already primed to be a switchable defender. Adding extra muscle while retaining his agility only augmented these gifts.

Can Tatum bully bigger players in a Draymond-esque style? No. But he can hold his own until finding a way to make a positive play. For instance, watch him bump Myles Turner slightly off balance before enlisting that wingspan for steal duty.

This next play has been on rerun since last night. Only the most confident of defenders would guard Most Improved Player candidate Devonte Graham 25 plus feet from the hoop.

With the shot clock winding down, Tatum knows a one-on-one attempt is coming. Despite getting slightly beat by Graham, Tatum shuffles his feet in recovery before swatting the shot with those long arms.

What should we expect going forward? Tatum has spent 10 percent of his time this year at the center position. This number could go up when smarty, switchy defenders Gordon Hayward and Marcus Smart return. For now, however, enjoy the growth.