Eagles control their own destiny after win over Cowboys 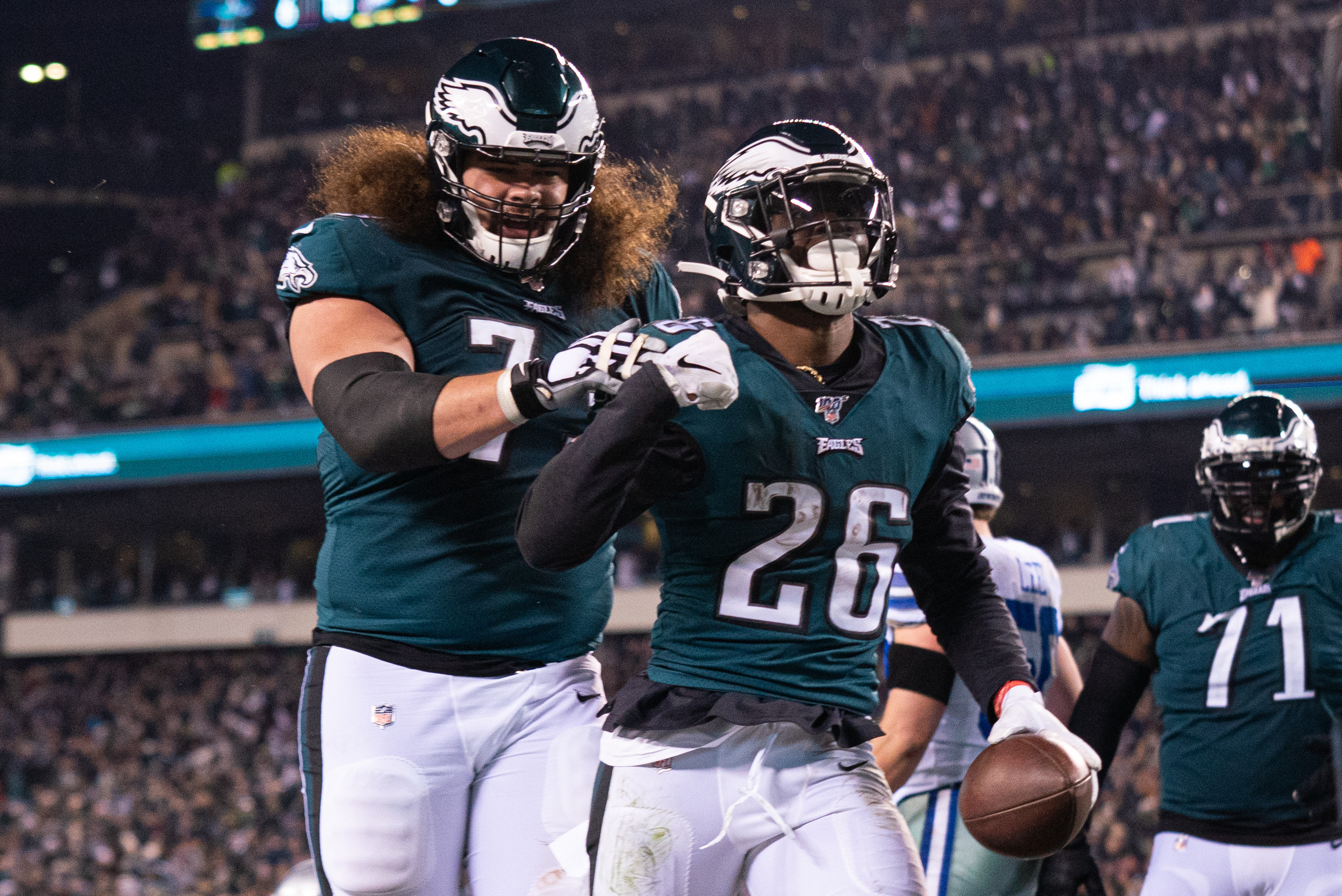 Eagles control their own destiny after win over Cowboys

The Philadelphia Eagles and Dallas Cowboys met in an epic division showdown at Lincoln Financial Field on Sunday afternoon.

Heading into the game, the Cowboys were one win away from winning their second-straight NFC East title. But Dallas’ hopes were decimated after the Philadelphia Eagles defeated them 17-9 to take over first place in the division.

In what may have been quarterback Carson Wentz’s biggest game of his career, he proved that the lights were not too bright for him or the Eagles.

The fourth-year quarterback completed 77-percent of his passes for 319 yards and a touchdown. His lone touchdown pass went to second-year tight end Dallas Goedert, who led the Eagles in receiving with nine receptions (12 targets) for 91 yards.

Wentz was very efficient through the air and was also helped out on the ground with a huge performance from running back Miles Sanders. He carried the ball 20 times for 79 rushing yards and a touchdown.

Additionally, he was effective in the receiving game with five receptions (six targets) for 77 yards. The rookie has stepped in big spots for the Eagles with injuries to veteran running back Jordan Howard and others on the offensive side of the ball.

In regards to the Cowboys, they could not get anything going offensively. Fourth-year quarterback Dak Prescott had a disappointing day, completing 56.8-percent of his passes for 265 yards with no touchdowns.

Prescott also did not receive a lot of help from his wide receivers, who dropped multiple passes in various spots throughout the game.

The Cowboys also could not get much going on the ground as star running back Ezekiel Elliott was held to 47 yards on 13 carries. Dallas head coach Jason Garrett has received heavy criticism for going away from the run game throughout this season.

That being said, what does the outcome of this game mean? It means that the Eagles now control their destiny for a playoff berth.

If they beat the New York Giants in Week 17, they are division champions and will get to host a home playoff game. But if they were to lose to the Giants, Philadelphia would need Dallas to lose to the Washington Redskins to clinch the NFC East.

However, the situation for the Cowboys is not as simple. Dallas has to beat the Redskins and hope the Eagles lose to the Giants if they want to be the champion of the NFC East.

The NFC East has been a whirlwind this NFL season and it will come down to Week 17 to see who will wear the division crown.