Your Morning Dump... Where Jayson Tatum dominated on both ends of the floor 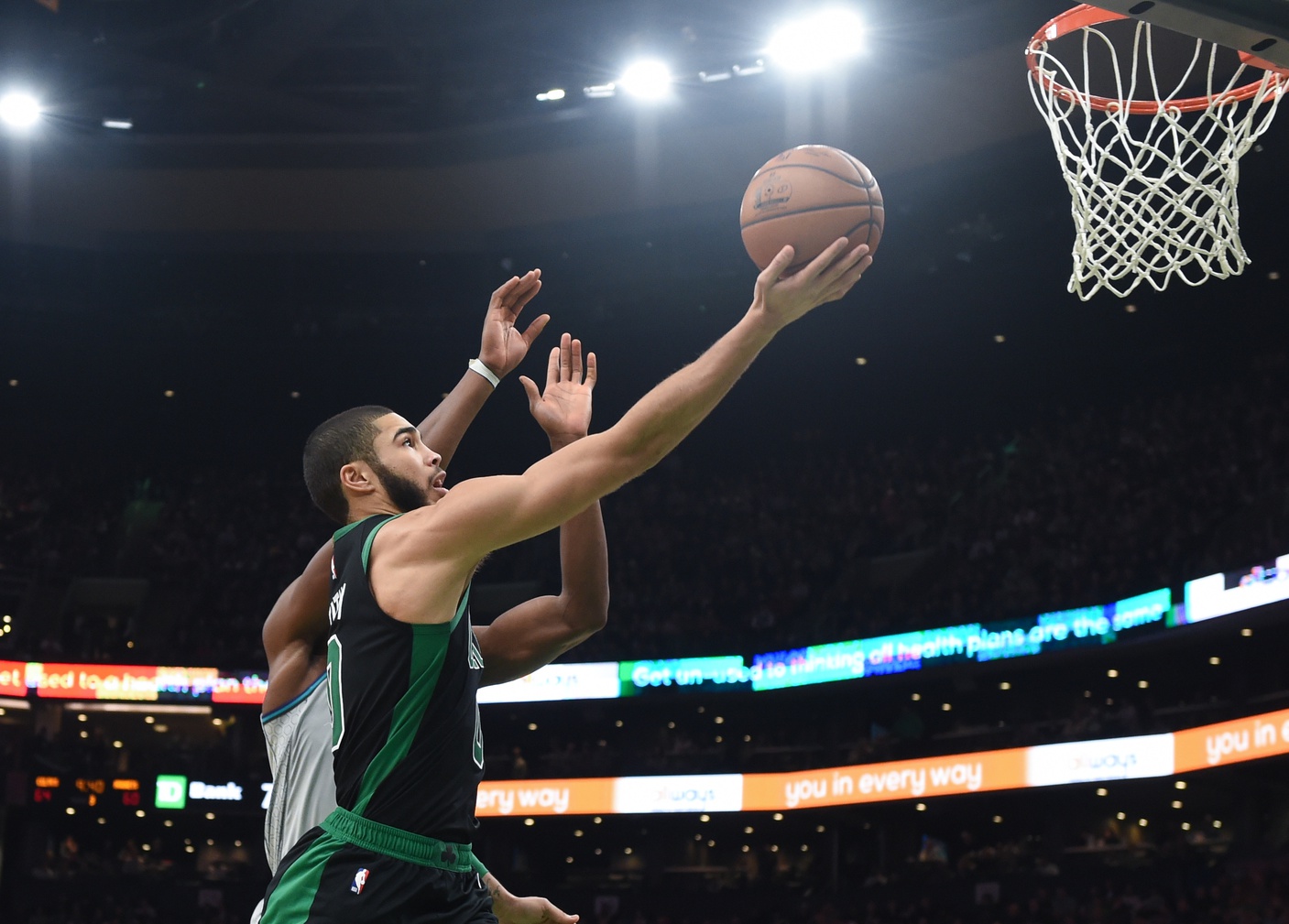 Your Morning Dump... Where Jayson Tatum dominated on both ends of the floor

Jayson Tatum was awesome on Sunday night. He scored a career-high 39 points, highlighted by an absurd 22-point fourth-quarter eruption that ensured the fans would get their much-desired Tacko Time.

Tatum added 12 rebounds and three blocks as the still-dinged up Celtics emerged with a 119-93 triumph over the visiting Charlotte Hornets.

“He was on fire,” said Walker. “Me, personally, I love to watch it. I know what it feels like to be in that kind of zone. So I was just excited. I just wanted to keep getting him the basketball, to tell you the truth. I just kept telling him, ‘Just keep on shooting. Try to get 40.’ That’s what it was about. When you’re feeling like that, you just have to keep letting them go.”

“It’s early. Nobody ain’t seen nothing yet. He’s coming. He’s coming strong,” added Walker. “He’s a future All-Star in this league and I’m looking forward to watching him grow continuously. Yeah, man, as a player he’s definitely going to be one of the best in this league one day.”

Whatever hype Jayson Tatum is getting today, it’s not enough. That grown-ass man was ridiculous last night. His 4th-quarter was a full-fledged takeover performance.

The Celtics were dicking around with Charlotte and led by just four points early in the 4th. There was a chance (albeit a small one) of this game ending up a horrible loss. But JT simply wouldn’t allow it.

“I can’t believe it’s not talked about more, how good he is defensively,” said Stevens. “I think, for whatever reason, that gets lost in the shuffle. How much effort he’s been playing with all year has been like — he’s really become a great defender. His length. He chases balls, he challenges shots. He gets his hands on balls or keeps them in their mind that he’s behind them with that length. And then he’s a great rebounder from the wing.

“So he’s a really good defender. He’s a big reason why our defense is where it is as a team and we need him to keep continuing to be at that level.”

Tatum is quickly becoming an elite, two-way player. The deflections, the blocks, holy shit, I’m giddy thinking about it.

We’ll have more on Tatum’s defensive prowess. Look for that post later today.

On Page 2, Romeo Langford proves he’s more than an injury waiting to happen.

Langford went for career highs in points (eight) and minutes (23), and also hit his first two NBA 3-pointers. He seems to like the pace of play.

“It’s not that fast at all. I feel like the G League is faster than out there,” he said. “I thought it was going to be a lot faster, but nah.

“It feels good to just be able to play basketball again. Not having to sit on the sideline in a dress coat and watching them play. I’m just happy and blessed that I’m able to play now and I’ve just got to keep taking care of my body and take it day by day.”

Tough night for the “Romeo is the next James Young” crowd who were quite vocal while the lottery pick was getting munched on by the injury bug.

Langford missed all of the Summer League with a thumb injury and most of the preseason with a strained groin. Since October he’s dealt with one sprained knee and two sprained ankles. And then there’s this photo of him shooting with a ping pong paddle taped to his hand.

It’s safe to say fans’ skepticism was more than warranted.

But tell 'em how you really feel, Tommy! pic.twitter.com/IIZBwx7bod

The squirt deserved it. He might be small in stature, but the giant ego was in full display last night.

Mass Live – 10 thinks we learned from Celtics vs Charlotte