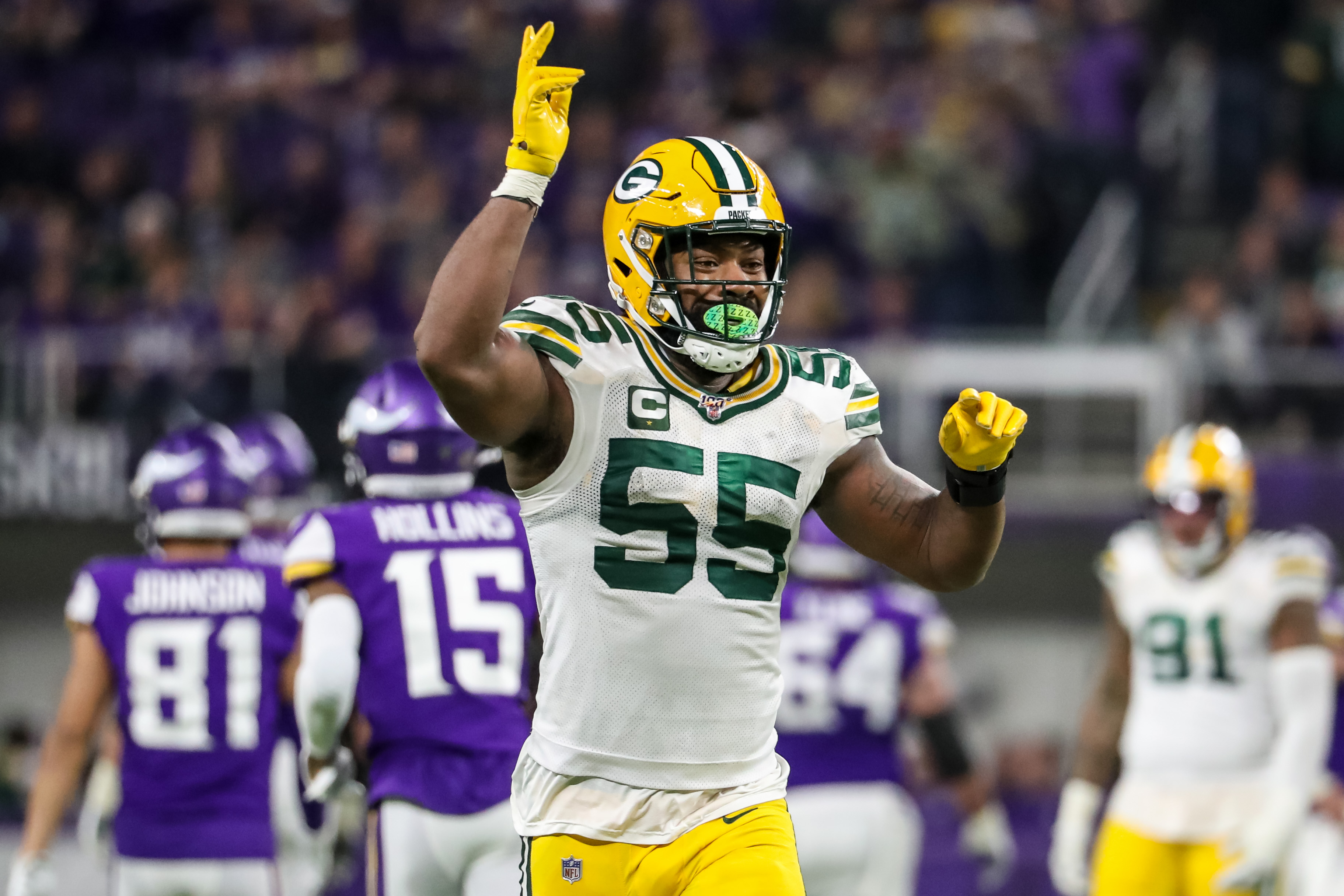 The Green Bay Packers clinched the NFC North Division title with a 23-10 road win over the Minnesota Vikings on Monday night. Aaron Jones scored twice and ran for 154 yards while Davante Adams made 13 catches for 116 yards to lead the offense. But the real story was the Green Bay defense which limited Minnesota to just seven first downs and 139 total yards for the game in their most dominant performance since Week 1 in Chicago.

Here are 10 things we learned from the Packers 23-10 win over the Vikings:

1. The Defense Was Dominating

We will start with the overall defensive performance. Green Bay’s defense held the Vikings to seven first downs, the fewest they’ve had in a home game in 48 years. The Vikings gained only 139 total yards for the game.

The Packers turned the ball over three times in the first half, but the defense played so well, Minnesota led only 10-9 at intermission with all 10 Vikings points coming off the turnovers.

This game could have easily been out of reach early, but the defense stepped to stop Kirk Cousins and the Minnesota offense.

The Packers finished the game with five sacks, one big interception and stopped the Vikings both times they went for it on fourth down.

This was by far the defense’s best game since the Week 1 victory in Chicago. The defense kept the Packers in the game until the offense was able to put some points on the board.

2. The Offense Remains a Work in Progress

The Green Bay offense was very mistake prone in the first half. Aaron Jones and Davante Adams each lost key fumbles and Aaron Rodgers threw an ugly interception to set the Vikings up with excellent field position.

Jimmy Graham also fumbled but an alert Geronimo Allison fell on the ball and the Packers kept possession.

In the first half, the Packers failed to convert a possible touchdown in the closing seconds because of bad clock management and sloppy execution. The team had to burn a key timeout in the final minute because the play clock was again running out.

The offensive performance was uneven, and the offense sputtered its way to 23 points against a good Minnesota defense.

Let there be no doubt, running back Aaron Jones is the catalyst of the Green Bay offense right now. The third year back out of UTEP carried 23 times for 154 yards and scored both the team’s touchdowns including a 56-yard scamper that all but put the game away in the fourth quarter.

Jones had to play nearly every snap late in the game when Jamaal Williams was banged up, but he still came through.

Jones could have lost confidence with his early fumble but managed to excel and led the offense to victory.

Jones needs just 16 yards on Sunday against the Lions to become the Packers first 1,000-yard rusher since Eddie Lacy in 2014.

Za’Darius Smith led the charge for the Green Bay defense against the Vikings. Smith was everywhere and Cousins seemingly couldn’t drop back to pass without getting some pressure from Z.

Za’Darius’ final numbers included 3.5 sacks, seven total tackles and five tackles for loss. He consistently disrupted the Minnesota offense. The Vikings offensive line had no answer for the speed and power of Za’Darius Smith tonight and he was a big reason for the defense’s overall success in shutting down the Minnesota attack.

The Packers were trailing 10-9 midway through the third quarter and the Vikings had the ball at the Green Bay 46 when they decided to take a shot downfield. Cousins overthrew his intended receiver and King leaped up and made an acrobatic interception at the Green Bay eight and returned the ball to the Packers 47.

This changed the momentum of the game and set up the Packers for an eight-play, 53-yard drive that culminated in a 12-yard touchdown run by Jones that gave Green Bay the lead for good.

King now leads all Packers defenders with five interceptions this season and his pick was a major turning point in this game.

Rodgers just didn’t have his “A” game again tonight. The Packers franchise quarterback threw too many inaccurate passes that were just behind his receivers the most notable being the final offensive play of the first half when he had Davante Adams open in the end zone for a touchdown but threw the ball to the wrong shoulder and it fell incomplete.

The Packers also couldn’t throw the ball downfield in this game. The longest catch of the day was an 18-yard reception by Adams.

The Packers also struggled again with the play clock, something that shouldn’t be happening in the team’s 15th game of the season.

It’s impressive that the Packers have been able to win consistently without Rodgers playing his best football, but this remains an area of concern heading into the playoffs.

The Packers are still struggling to get consistent play from their receivers behind Adams. Adams caught 13 passes, or half the team’s overall total for the game. He was targeted 16 times.

Allen Lazard was reliable on short passes and had five catches for 45 yards and some key first downs. But overall, you still get the feeling that Rodgers does not or cannot trust any of his other targets to get open consistently or even to be in the right place or make the right reads.

Jake Kumerow saw more snaps, especially early in the game but did not make a catch. Geronimo Allison’s only reception of the game came on the two-point conversion while Marquez Valdes-Scantling had one grab for six yards.

The tight ends were not a major factor either with Marcedes Lewis having one catch for two yards and Jimmy Graham finishing with one reception for 16 yards and he fumbled on the play.

Dean Lowry rarely makes headlines, but he’s playing his best football in December. Lowry was credited with five total tackles on the game and knocked down a pass. He played a strong game against the run as well.

Kenny Clark has also stepped up his game in the past four weeks and came up with a key sack and was in on six total tackles.

Blake Martinez had another solid game and remains a focal point of the defense. Martinez calls the defensive plays and the defense was outstanding tonight. The inside linebacker finished the game with eight total tackles to once again lead the team and had the defense in the right formation throughout the game.

9. JK Scott Is Back in Form

Punter JK Scott had five boots for a 46.8-yard average and placed two punts inside the Vikings 20. His long for the day was 60 yards.

It is always easier to kick indoors in December, but Scott kept the Vikings backed up when they started their drives and that helped set the defense up for success.

10. The Packers are NFC North Champs

Green Bay is now 12-3 on the season, has clinched the division title and can still earn a first-round bye with a win in Detroit or even the top seed in the NFC playoffs if they win next Sunday and if Seattle defeats San Francisco.

Despite the team’s inconsistencies, Matt LaFleur’s club has gotten the job done and it’s time for Packers fans to appreciate the season this team is having.