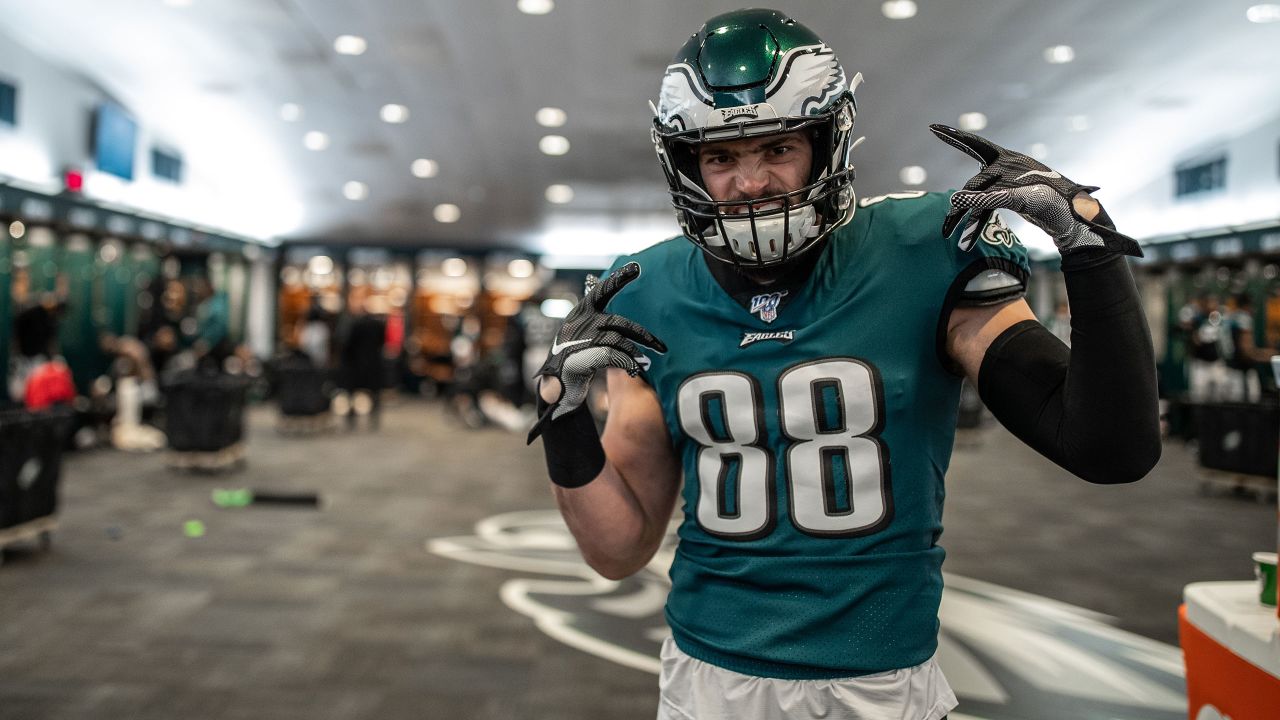 The New York football Giants are a 4-11 powerhouse as far as the Eagles are concerned this week.

First of all, Giants HC Pat Shurmur will be approaching this game as if his job depends upon it— because it probably does.

“If we get these things lined up a little better,” Shurmur said. “Getting into next year, we have the chance to do some good things.”

After overseeing a season that saw the Giants lose a franchise-record tying nine consecutive games and now increasing his personal winning percentage as head coach to .290, Sunday was the first time that the idea of Shurmur’s returning to the sidelines as Giants head coach in 2020 seemed possible.

However, if Shurmur’s Giants beat the Eagles this Sunday, it will be fascinating to see how much value Giants co-owners John Mara and Steve Tisch  might place in it, along with last Sunday’s victory that featured running back Saquon Barkley setting a franchise record for yards from scrimmage and rookie quarterback Daniel Jones passing for 352 yards and five touchdowns.

According to Lombardo, “it is obvious when speaking to Giants players both on and off the record that this locker room still believes and is fighting hard for Shurmur. Many players are already pondering what the momentum of these last two wins could breed in 2020.

“[The win over Washington] showed the resilience of this team and the growth going into next season,” Giants wide receiver Cody Latimer told NJ Advance Media. “We’ve been fighting all year but we just haven’t had the outcome we wanted. We have that fight in us. Finishing strong like this is the best feeling ever.”

Part of why the Giants hired Shurmur in the first place is his ability to get the most out of quarterbacks such as Donovan McNabb, Nick Foles and Case Keenum in his previous stops as an offensive coordinator in Philadelphia and Minnesota.

“Nothing is more important to the trajectory of the Giants than Jones’ development, which Shurmur of course is instrumental to as long as he is the head coach. If Jones continues to show progress, as he did in his return from an ankle injury last Sunday, Tisch and Mara might come to the conclusion that continuity in system and coaching staff is instrumental for his development, which would set the stage for a make-or-break 2020 for Jones, Gettleman and the entire operation.” — Matt Lombardo

“You saw today the fight of this team,” Jones said. “Next week is an opportunity to show that, finish strong and build going into next season.”

So we’ve got that motivational dynamic in play for the G-Men.

Then there is the return to form of the great Saquon Barkley.

Saquon Barkley is rejuvenated from his high ankle sprain ordeal and is coming off one of the most productive games of his career.

The Eagles will have to account for him like they did against Zeke Elliott last week. So, what worked for the Eagles against Elliott?

“I thought our front played phenomenal. Our guys tackled well on the perimeter,” said safety Malcolm Jenkins. “We got multiple guys to the ball, it was rarely that you had ‘Zeke in a one-on-one. So you didn’t have ‘Zeke running into the secondary either, scot-free. Whenever you get population to the ball, if you can get to him behind the line of scrimmage, before he gets going, you have success.”

Cowboys coach Jason Garrett pointed out that the Eagles “just had a lot of guys at the line of scrimmage the whole day.”

Sunday against the Redskins, Barkley looked like the Barkley of last year, rushing for 189 yards on 22 carries, catching four passes for 90 yards and scoring two total touchdowns.

The challenge for the Eagles will be trying to load up to stop Barkley at the line of scrimmage while also maintaining coverage on the Giants’ talented group of wide receivers, namely Darius Slayton, Golden Tate and Sterling Shepard.

“When he’s running the ball like that, they have to load the box more and it leaves us one on one outside,” Giants receiver Cody Latimer told NJ Advance Media’s Matt Lombardo on Sunday. “Saquon got his groove back.”

While the Eagles defeated the Giants, 23-17, in overtime in Week 14, the NFC East favorites aren’t taking their division rivals lightly entering the season finale.

“I think we need to be worried about them,” cornerback Rasul Douglas said after the win against Dallas. “They’ve got nothing to lose and are in a spot to say ‘we’re going home and we’re bringing you all with us.’”

“We were in the same situation a few weeks ago, so it won’t be anything different,” safety Malcolm Jenkins said. “We’ll expect their best. (The Giants) gave us a run, obviously, last time, so we won’t be sleeping at all. We’re going to dive into this game. Obviously, a familiar team, but I’m sure they’ll have some adjustments.”

One of the Giants’ adjustments will be at the quarterback spot. Eli Manning started at the position during the Week 14 clash, but rookie starter Daniel Jones has since returned from his high ankle sprain.

Against Washington in Week 16, Jones completed 28-of-42 passes for 352 yards and five touchdowns to lead the Giants to an overtime win in an exciting shootout on the road.

The Eagles’ offense, which has been banged up for weeks, will also need to show up at MetLife Stadium. While the unit has been able to pull off wins in low-scoring affairs, the rematch against the Giants could be a shootout.

Wentz and his crew will need to be able to move the ball down the field.

“At the start of the season, one of the first goals is to win the division, win the NFC East and we’re right there,” tight end Dallas Goedert said about the Week 17 battle. “We’ve got one game. We win that and we’re (division) champions. It’s a big game for us, we’re going to be ready to go and it’s exciting.”

Sounds so simple, but it is a complex combination of variables, especially with guys like TE Zach Ertz possibly (probably?) out and RT Lane Johnson likely out (DNP on Wednesday). And that’s just the tip of the iceberg.