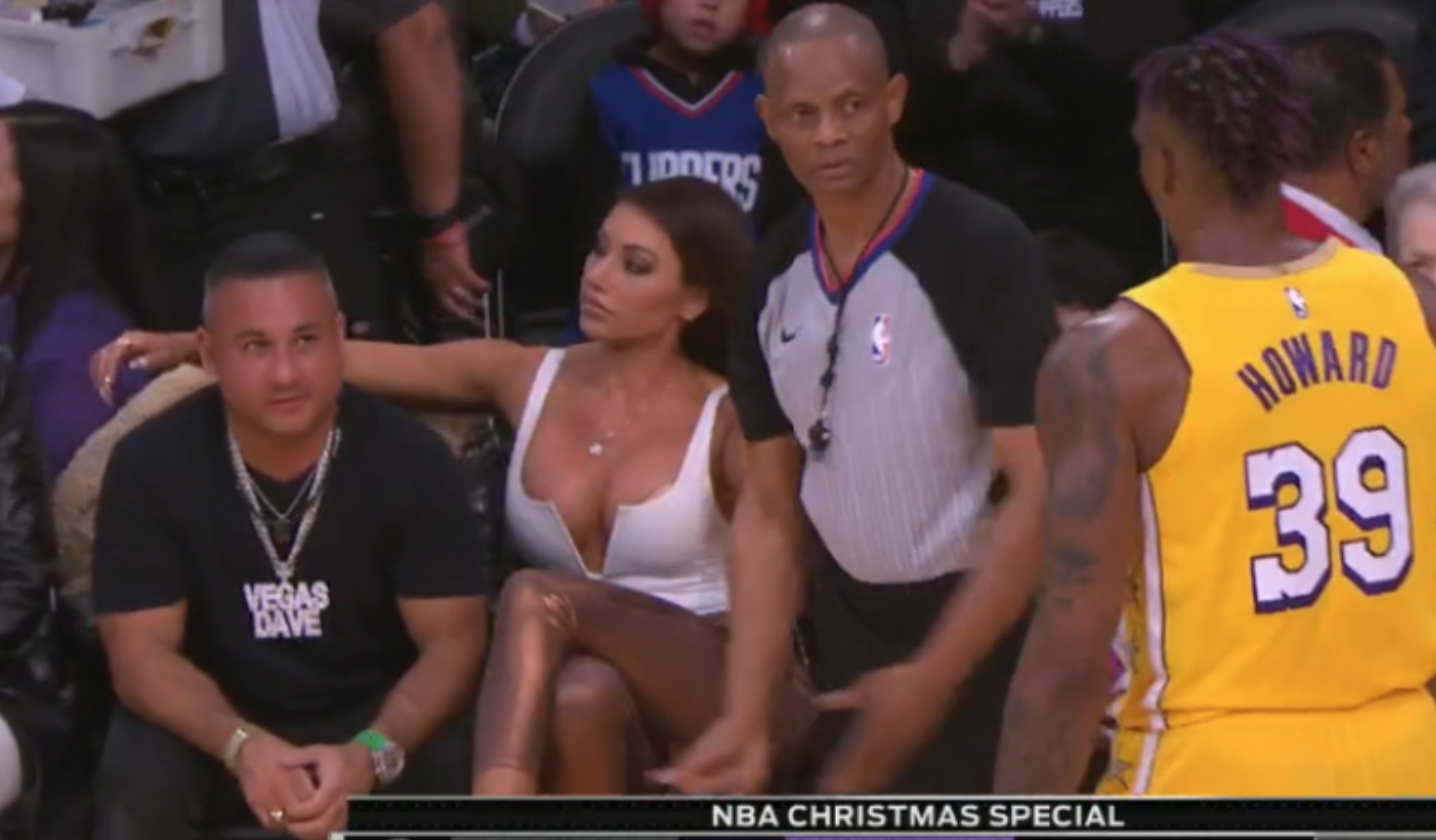 There was a time when Holly Sonders was working for Fox Sports as a sideline reporter, and she was also dating Arizona Cardinals new head coach Kliff Kingsbury — one of the hottest commodities on the market.

Sonders has been known to do whatever she can to turn heads, via her comments, or what she’s wearing. Most recently, though, she’s done that by stepping out with her new boyfriend, Vegas Dave. He’s a longtime sports bettor, who has quite a different repertoire than Kingsbury, and many had a hard time believing they were even together.

Well, we now have proof, as the two stepped out at Staples Center for the Clippers-Lakers showdown. As for Sonders, well, she wasn’t wearing all that much up top, just covering up the essentials. Not only that, they were seated courtside, with tickets that close going for $15,000 apiece, so they sure weren’t cheap.

Looks like the rumors are indeed true, as the two looked pretty close.