Your Morning Dump...Where it's time for Marcus Smart to finally wake up 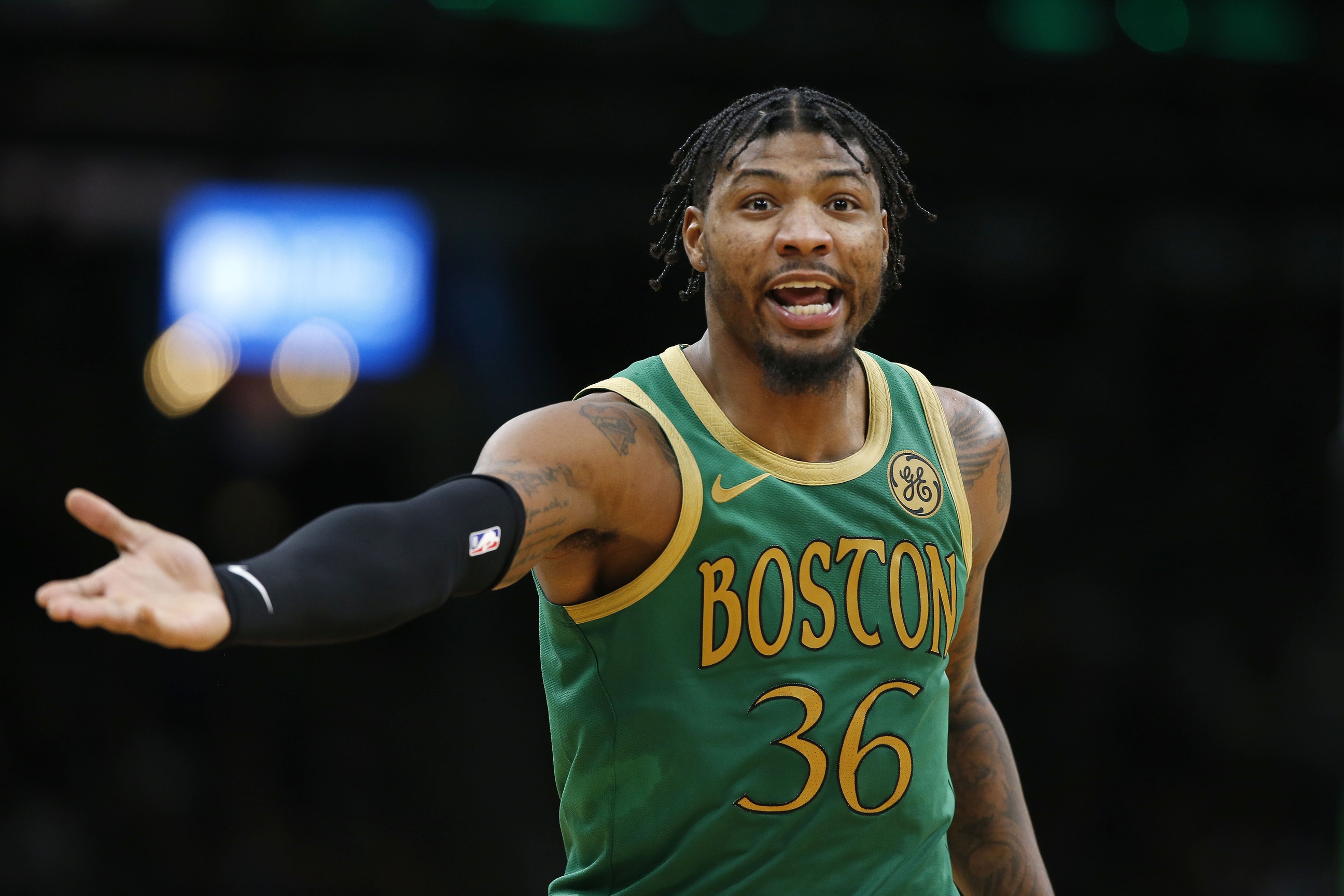 Your Morning Dump...Where it's time for Marcus Smart to finally wake up

“It just looked like he’s been asleep for a really long time,” Semi Ojeleye said. “I don’t know how to describe it. He said he was pretty uncomfortable for those three weeks, but I’m just glad he’s feeling better.”

“Even like looking at, when we had film on that big screen over there, you could see him, he’s had two straight weeks of really tough stuff with his eyes,” Stevens said. “Now finally, that’s clearing up, it’s taken care of, but he’s been beat up for two weeks.”

According to Semi Ojeleye, Marcus Smart has been in a sort of oblivion (think the hyperbolic chamber in DragonBall-Z) and he’s finally risen from his proverbial slumber. In what has officially morphed into one of the most bizarre injuries for the Celtics in recent memory, it seems like Marcus Smart will be back in the fold soon. It’s been a weird injury that has developed into a monster and almost compromised Smart’s vision for much longer. This whole thing has thrown everybody (himself included) for a loop as his teammates don’t know what to think of it all. All they know is that it’s clearing up and they’ll have him back on the battlefield sooner rather than later.

It’s good to see him back with the team and eyeballing his return as I’m sure he’s been antsy the past 3 weeks. We’re getting into the nitty gritty of the season and it’ll a huge time for this team to get fully healthy. While it’s only been 6 games, the Celtics have been banged up and could use Smart back in the lineup.

In his absence the Celtics are 4-2 with the two losses coming back to back to Indiana and Philly. There’s no way to know how the Celtics fare in either of those games with a healthy Smart, but there’s no question he would’ve given them a better shot. He won’t suit up today in Toronto but the plan is to have him back by the new year.

With Gordon Hayward probable to return today and Smart seemingly on the mend, the Celtics are looking at something they haven’t had the luxury of having this season: a fully healthy roster. While even that much is a stretch as Vincent Poirier nurses his finger injury, it’s the best we’ve seen from this team in that department in quite some time. This absence has opened the door for younger players as guys like Romeo Langford, Tacko Fall and Grant Williams were able to step up with the available minutes.

The rotations are going to tighten up in the coming weeks as Coach Stevens has had time to play around with his bench. There are rookies and unproven role players littered on Boston’s bench and this revolving door of injuries has proved to be valuable for player development. While it’s been fun watching guys step up into the spotlight, I’m officially ready to get all of our dogs back and ready to bark. If I know one thing in this world it’s this: Marcus Smart cannot wait to show his bark (or bite).

Page 2: Where Gordon Hayward is probable to return in Toronto

Marcus Smart participated in parts of practice work but will not play in Toronto. Team is hopeful to get him on court before new year.

Tremont Waters has been recalled; Tacko will be inactive.