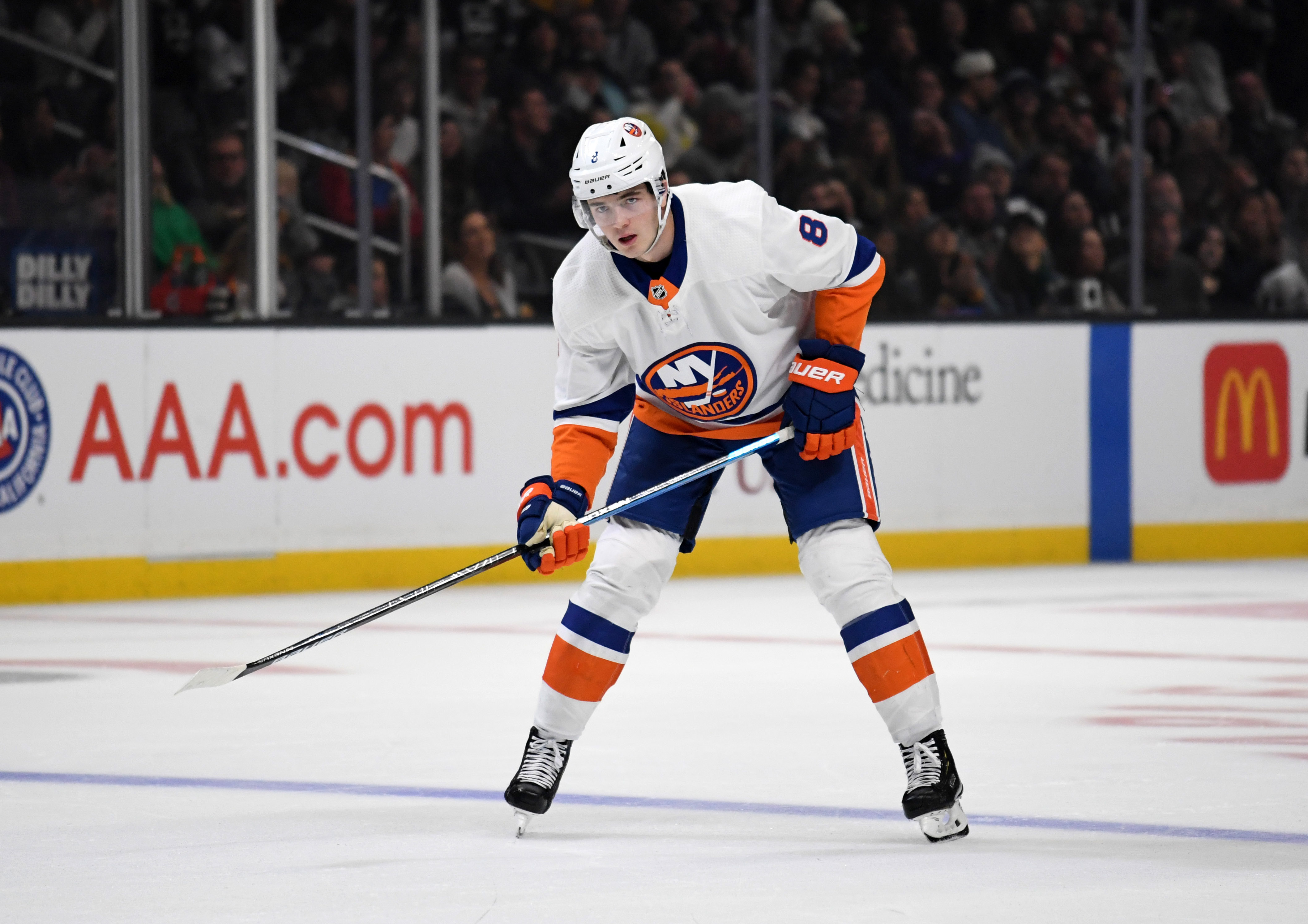 Hockey is said to be a game of adjustments, and for 19-year-old Noah Dobson he is learning valuable lessons early on in his NHL career.

The soon to be 20-year-old defenseman has dressed in 11 of the team’s 35 games this year. Dobson has seen time on the Islanders’ top power-play unit and is averaging just under 14 minutes of ice time per game. However, the highly-touted prospect has yet to crack the goal department, registering two assists and is a plus-3.

Dobson has been used mostly as a true seventh defenseman, filling in for players like Nick Leddy, who was out with a lower-body injury, and on Monday when Scott Mayfield was out with the flu.

The Islander defenseman seemed ready to go, and played well for the most part on Monday, pairing up with second-year defenseman Devon Toews. He was making the smart plays, back-checking hard and creating some offensive opportunities.

However, one mistake changed the whole outlook on his performance.

Midway through the second period Dobson tried to make a pass near the end boards to his teammate, but was unable to get it through a Blue Jacket’s forward. The play ultimately led to a turnover and Nathan Gerbe’s first goal since 2016.

Right away you could see the support of his teammates as they were eager to make sure Dobson kept his head up. Mistakes happen, and veteran Johnny Boychuk spoke about the importance of supporting his teammate during his second intermission walk-off interview. He mentioned that there was an easier play to be made, but mistakes do happen and all you can do is learn from them.

When a reporter asked Trotz about the goal costing mistakes over the last few games, he was very adamant about players being aware of them.

“We go over every mistake pretty well,” Trotz said. “We spend hours, you know, looking over 300 clips a game. … If they don’t know they haven’t been listening or haven’t been paying attention.”

After the crucial mistake was made, Dobson’s time on ice for the remainder of the game was limited. And with Mayfield expected to return to the lineup for the team’s next game against the Blackhawks on Friday, Dobson could very likely find himself back in the press box.