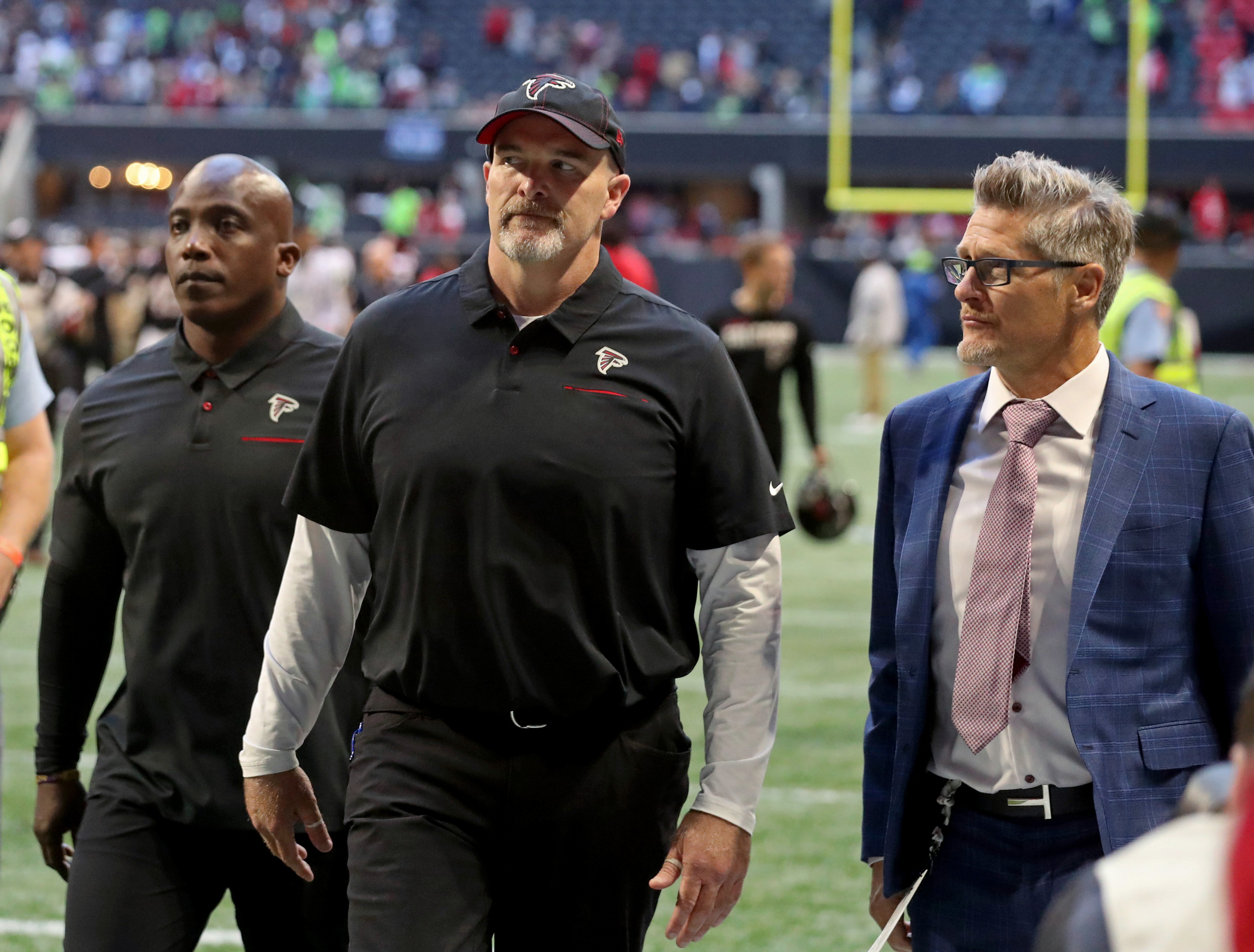 Despite missing out on the playoffs, it seems the Falcons’ recent win streak has saved the jobs of head coach Dan Quinn and general manager Thomas Dimitroff.

The team announced Friday via their website that Quinn and Dimitroff have been retained and both will now report directly to CEO Rich McKay.

“Over the last two seasons our results on the field have not met our standard or the expectations of our fans,” owner Arthur Blank said in a statement. “I understand our fans’ disappointment and frustration because I’ve felt every bit of it as well. That said, our focus must be on giving our franchise the best opportunity to win next year and beyond. I have long believed that continuity in leadership is very important across all our businesses and the football team is no different in that regard. After weighing several factors, including our team’s statistical turnaround and our players’ focus and effort the second half of the season, I feel the decision to retain Thomas and Dan, with Rich providing close day-to-day oversight of the football operation, will provide the timeliest route for the Atlanta Falcons to return to contention in 2020 and beyond.

“Every year we evaluate all our football operations and this year I have asked Rich to work closely with Thomas and Dan over the next couple of weeks to conduct a top-to-bottom review, inclusive of structure, processes, resourcing and personnel to identify whatever changes are necessary to enable us to compete consistently at the highest level. In my time as owner, and particularly since 2008, we have been one of the winningest teams in the NFC ranking fourth in wins and across the NFL, tied for seventh in wins, and that remains the only acceptable result for us now and in the future.”

After a 1-7 start to the season, there was speculation that both coach and GM would be fired. The Falcons made it to the second round of the playoffs a year ago, and they were in the Super Bowl the year before that. How they managed to not even get a playoff spot this year took a lot of people by surprise.

Fortunately for Quinn and Dimitroff, the team was able to save face by winning five of their last seven games, including a shocking upset of the red-hot San Francisco 49ers.