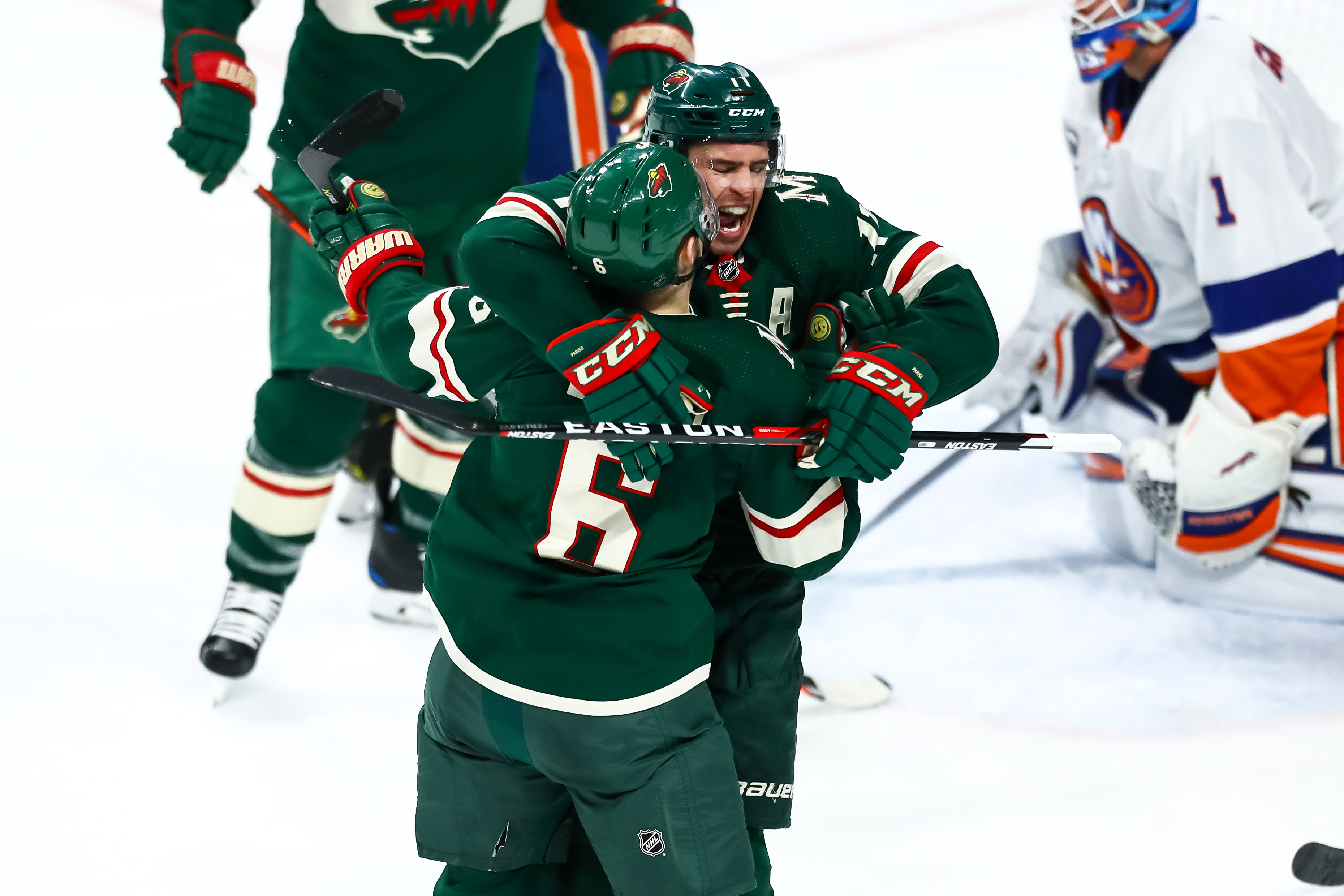 In the book and film, Flags of Our Fathers, it talks about how the men who fought on Iwo Jima (and elsewhere) were not as much fighting for their country as they were for the man on the left and the man to their right.  They fought for each other.  While combat is obviously far more serious than professional sports, the selfless mentality is something a team either has or it doesn’t.  As a high school coach, I’ve been a part of teams where the players are so wrapped up in their own personal stats they are practically pulling in separate directions and are jealous of other teammates successes.  I have also been a part of teams that don’t care about individual accolades at all, unless its in the realm of personal accountability for mistakes and they all celebrate the victories of their teammates as one.  No egos, just a general want to do whatever is best for the team and no matter who gets the big moment, everyone is genuinely happy for them.

“No matter what happens, everyone sticks together in here and we don’t give up.” -Brad Hunt

📹 Hear from Hunt, Rask, and Fiala after today’s win over Colorado!#mnwild pic.twitter.com/AHsFc7aUIc

The Minnesota Wild seem to be a lot like that latter team I mentioned these days.  Listen to the cheers and celebration for Victor Rask as Luke Kunin handed him the whitewater rafting helmet given for the player of the game after victories.  Its genuine and who would’ve thought we’d be celebrating along with him?  So many fans, myself included were pretty harsh and unfair towards Rask after the Nino Niederreiter trade.  And after being scratched the first few games, Rask has kept calm and simply gone to work and while his contributions may not be large statistically he’s typically been pretty solid this season.  All of his 4 goals this season have come on the road and in clutch fashion and he has the best plus / minus of all Wild forwards at a +8.

The modified ‘GEEK’ line continued to perform well as a shutdown line against Colorado as Kunin, Jordan Greenway and Nico Sturm used their size and speed to full effect.  Sturm unfortunately will be the likely odd-man out once Mikko Koivu returns to the lineup (which may even be for this game).  But to the youngster’s credit, he has been strong on his draws (53.2%) and shown a willingness to screen the goaltender.  Its hard to believe that if given more of an opportunity he’d thrive.  Kind of the way Joel Eriksson Ek has done in Mikko’s absence, looking solid as he anchors the 2nd line and even though he was robbed of a goal against Colorado he continues to do the right things on the ice and be an incredible pain in the ass to play against as well.  If Koivu returns, expect him to take the 2nd line center spot and for Eriksson Ek to move back to the 3rd line.

Defensively the Wild got a lot of offense from its blueline against the Avalanche with Ryan Suter, Carson Soucy and Brad Hunt all netting goals in the 6-4 victory on Friday.  Despite the fact that Matt Dumba is having a pretty disappointing year offensively, the Wild continue to have one of the better scoring blueline groups in the NHL.  Jonas Brodin, who has just 1 goal to his credit has been having a fantastic season at both ends of the ice and his ability to move the puck out his own end and also distribute it the offensive zone is a big reason the Wild have seen a scoring surge (knock on wood) the last month or so.

After the Wild’s win on Friday, many fans called in Wild Fanline on KFAN (with Brandon Mileski and Pat Micheletti) to voice their concern over goaltending and the team’s penchant to give up over 3 goals per game.  I must admit, its a fairly valid point.  While the Wild’s offense has been very good, it is probably not a good thing to be giving up 3+ goals per game and expecting to win.  That being said, I think Devan Dubnyk is showing more confidence as of late since returning from taking time off for his wife’s undisclosed serious health issue.  Prior to Dubnyk’s hiatus, we saw a goaltender who seemed to be struggling to track the puck.  Now he appears to be more comfortable and isn’t guessing nearly as much.

The New York Islanders are a gritty, smart defensive squad who play bigger than the sum of their parts.  Sound familiar?  Mathew Barzal is a supreme playmaker and working along side power forward Anders Lee and sniper Jordan Eberle they make a formidable top line.  Warroad-native Brock Nelson has had a strong season so far and works well with underrated scorer Josh Bailey and Michael Dal Colle.  Anthony Beauvillier is another player to watch for as he brings speed, skill and scoring ability on the 3rd line.  Sorry Wild fans, Cal Clutterbuck is out of the Islanders’ lineup after undergoing wrist surgery in the last few days.

Defensively, the Islanders blueline may not be names that are well-recognized around the league but they are quietly effective as they are a mix of grit and good puck movers.  Ryan Pulock has a cannon of a shot and along with puck distributor Devon Toews they can be very dangerous on the power play.  Veterans Nick Leddy and Johnny Boychuk are on the 3rd pairing but they round out a very solid blueline corps.

Between the pipes, the Islanders rotate between Semyon Varlamov and Thomas Greiss.  My guess is we’ll see Varlamov since he would have a great amount of familiarity in playing against the Wild in his time spent with the Colorado Avalanche.  I would think Islanders bench boss Barry Trotz would want to take advantage of that previous experience.

1. Weather the storm – New York lost on Friday, and will likely be a bit ornery when they come to St. Paul.  Minnesota can expect Trotz and the Islanders to be sending lots of pressure early in this game.  Minnesota’s best bet may be to sit back and be ready to weather the storm and then look for chances to counter attack.  This is not a team you want to be chasing on the scoreboard, so being solid defensively will be important.

2.  Stay out of the box – the Islanders have a pretty good power play and while they may not be an explosive offense, they make their chances on the man advantage count.  With Minnesota having the league’s worst penalty kill through the months of November and December, the Wild would be well served by not giving New York those opportunities.

3. Revive the Power Play – While the penalty kill has been pretty rough for the Wild, the power play has more or less been in a coma the last few weeks.  Minnesota needs to simplify and get this unit back to lighting the lamp.  If I was the one making the decisions I’d use Brad Hunt and Ryan Donato more on the power play as I think their shooting causes problems and I think they could easily absorb the extra minutes and they will reward you for it.

What do you think will be important for a Wild victory?  Tell us on Twitter @CreaseAndAssist or in the comment section below.

One last thing, a simple programming note.  We will not have our normal post-game report as my wife and I will be celebrating Christmas with our family during that time.  We hope you understand and apologize for the inconvenience.